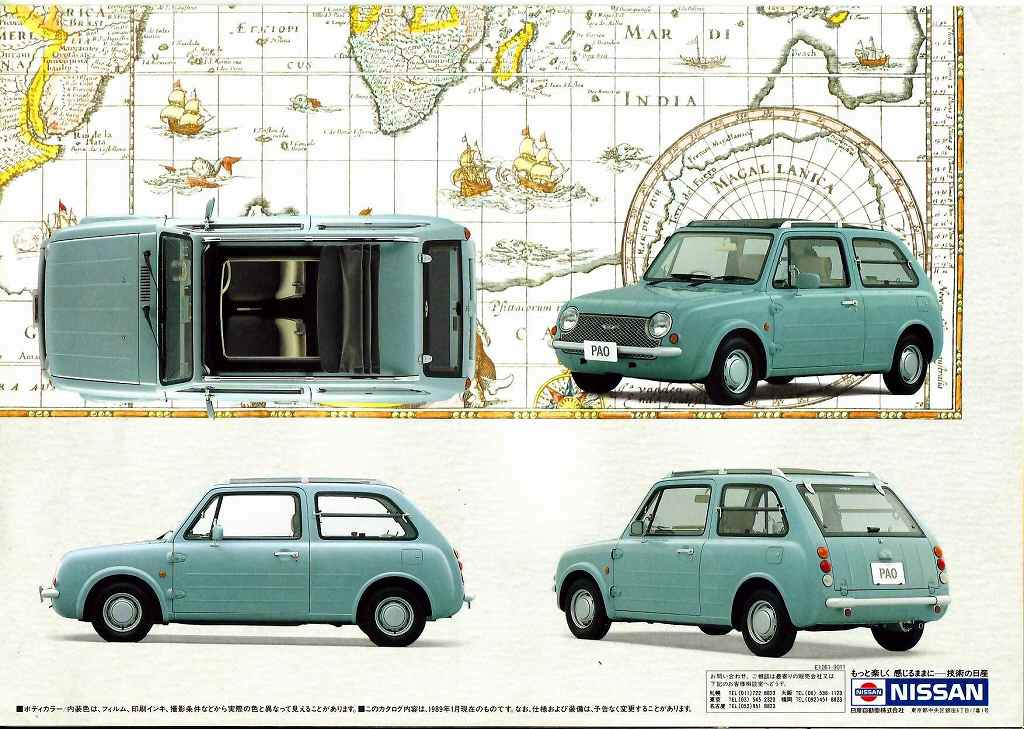 In the late 80s and early 90s, Nissan teamed up with design house PIKE to create a series of retro-style cars based on the Nissan March. In the West, the most popular one of these cars is the Figaro, which was even named one of the 25 “greatest creations” of the last quarter century by the London Design Museum, even though it was never officially imported to the UK.

Our favorite, however, is its sibling, the awesomely retro Nissan Pao. Keep in mind that in this case, retro means what the Japanese would consider retro. You won’t see an lavish chrome or jutting tailfins here. No, the Pao is reminiscent of early “People’s Cars” cars like the Subaru 360 or Suzuki Suzu-light.  These compact, utilitarian machines are what got the majority of the Japanese public on the roads.

Money was very much an object, and the Pao is full of touches that hearken back to those simpler times – check out the exposed door hinges, simple round head and tail lights, beads rolled into the sheetmetal for strengthening, sliding rear windows, color coordinated dash.  The list goes on and on.  Even the colors – grayish green, powder blue, ivory – were the ones most popular in the late 50s and early 60s.  Beautiful!