Due to a series of stupid errors, which I may or may not blog about later, I found myself this afternoon slogging through the desolate wasteland of the self-serve wrecking yard. Anyone who’s owned an old Japanese car has probably found him or herself in a similar state, driving 20 minutes to the part of town where no one would ever think of building a town house complex, not even during the biggest of bubbles, and actually paying good money for the pleasure of trudging through a barren, hot and dirty lot filled with things that normal people generally try to avoid.

Broken glass, pointy bits of bent metal, vast smears of black sludge, it’s all here. And all you have to do is wade through it, armed with a bag of wrenches and a tetanus shot, to find the elusive part that you either bone-headedly broke or was already missing when you fell in love with the car and bought it against your better judgement.

You suddenly become an expert at spotting your make and model by nothing more than the corner where the roof meets the C-pillar, because that’s the section both most visible and the one least likely to get mangled in a crash. And if you do happen to find a match, and the part you need on that match is still in tact, well then that’s gold, Jerry! Gold!

So where does the hate part of the equation come in? Well, the dirty little secret is that pick-your-part chains don’t make their money selling you that little plastic bauble for 10% of what the dealer would charge. No, they make it by crushing the cars and selling the metal cubes that result. In recent years a worldwide demand for steel has shot the prices of recycled metal skyward. And the bigger the wrecking yard chain, the more likely it is to be owned directly by a metal processor. We’re just the maggots used to clean the bones, and paying them for the privilege.

But what would we do without them? It’s not even like you can just barge into your local dealer and demand a 20-year-old trim piece that’s out of production. So we continue to forage. And sometimes we find a yard, like the one we visited today, who tries to look out for collectors and puts older “classics” in a special section away from the quick-rotation rows of death.

Here, however, is the thing. The photos peppering this post were all taken today in Wrecker’s Purgatory, but what do you notice? Not a single Japanese car. Yet scroll down to the gallery below and you’ll see several examples of the wondrous, doomed J-tin elsewhere in the very same junkyard waiting to be dropped in the crusher in just a few weeks.

Sure, the special section has some early 60s Falcon Rancheros, a ’70 Olds Cutlass, the occasional Triumph or Alfa, and that International Travelall is pure awesome, but look behind it: a Pinto Wagon! That gets a stay in limbo while a Japanese car of the same era like this Honda Civic gets put on the fast track to the slaughterhouse!? Same goes for the Pinto’s less popular cousins, the Mercury Bobcat and  Mustang II, while this gem of a Subaru 4WD Wagon that’s just as old and rare gets booted to the quick disposal queue.

It’s maddening! It makes you want to bash your head into a door panel, really. But we can’t think of a better alternative to these self-serve junkyards, so we’ll continue to do the march,and post things of value to our fellow JNCers in the Junkyard Finds Notification Thread. 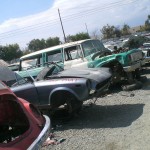 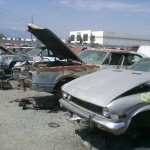 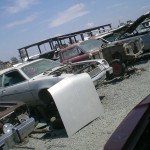 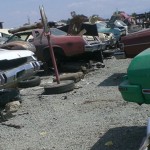 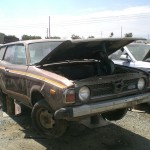 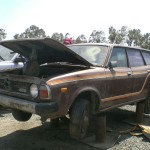 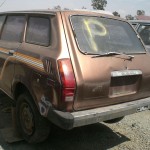 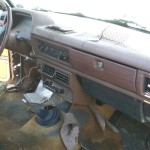 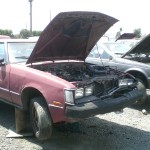 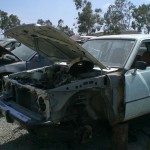 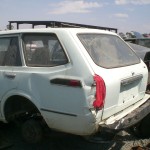 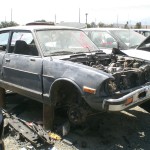 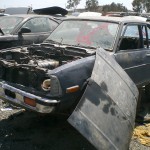 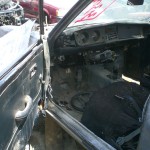 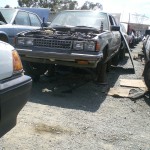 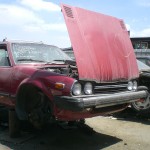 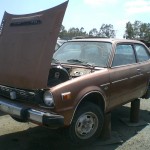 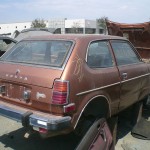 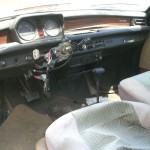 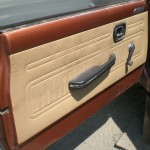 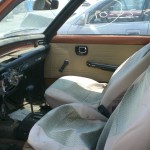 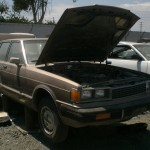 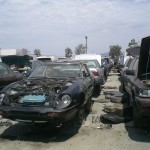 30 Responses to Junkyards, a Love-Hate Relationship