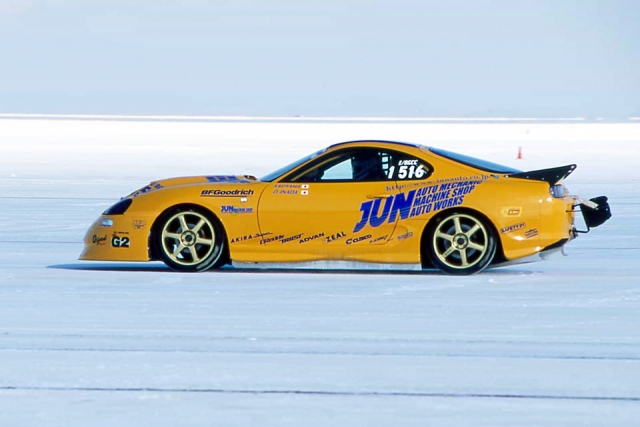 One of the powerhouses of Japan’s tuning world has passed. It was announced yesterday that Junichi Tanaka, founder of Jun Auto Mechanic, died the morning of March 5, 2019 due to complications from cancer. He was 76 years old. The firm was one of Japan’s most prolific tuning houses, the proof of which were the numerous world speed records held by the bright yellow cars that emerged from its walls. 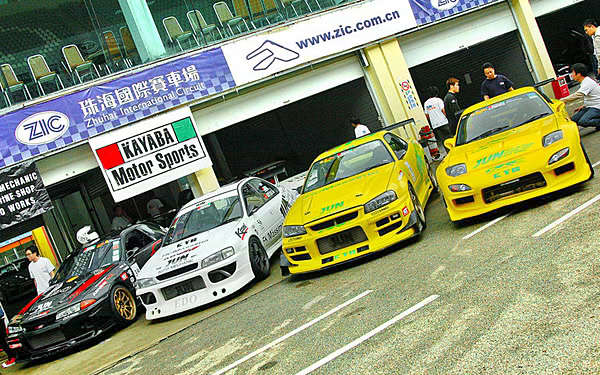 Junichi Tanaka was born into a family of metal-smiths. The family-owned Tanaka Industrial Co. was founded when Junichi was just three years old. Among the firm’s first products were engineering instruments and industrial confectionery machines for the making of candy. By 1955, the company had begun manufacturing two-stroke engine and body parts for motorcycles. A decade later, the firm began to make engine and body parts for automobiles as well.

It wasn’t until March of 1980 that Junichi Tanaka founded Jun Machine Shop, a division of Tanaka Industrial dedicated to the development of aftermarket parts and race cars, and located in the Nerima Ward of Tokyo. Two years later, Jun’s first product, a 3.5-liter stroker kit for the Nissan L-series inline-six, went on sale. To showcase the engine, Jun also built an S30 Fairlady Z drag car to go along with it, his love for straight-line power evident early on.

In June of that year, Tanaka also founded Jun Auto Works, a body fabrication and paint shop. With this new division, he was able to greatly expand his capabilities, taking his race cars to the next level by building custom composite bodies for them. As a result, Jun was able to take on a truly unique challenge — setting land speed records at the Bonneville Salt Flats. 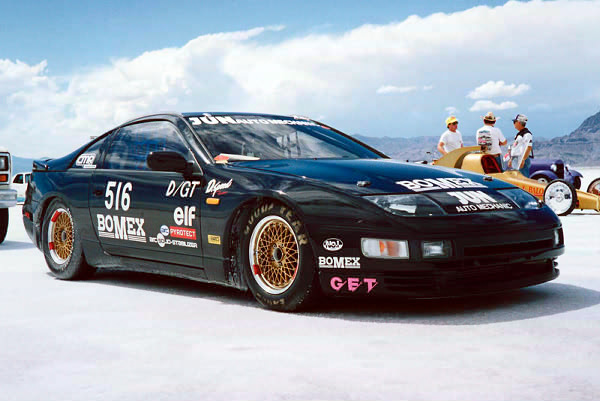 Armed with a modified Z32 Fairlady Z in 1990, Jun’s team came to America and blazed a 367.416 kph (228.30 mph) across Utah’s ancient lake beds. Remember, Japan had no similar landscape, and the feat was considered a tremendous accomplishment back home. 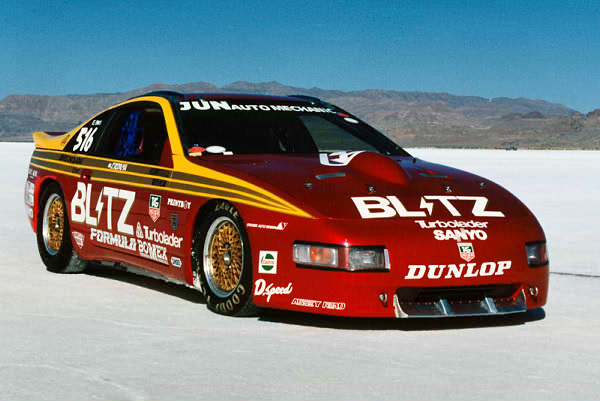 The following year, Tanaka established Jun Auto Mechanic to unite the divisions under one umbrella to make a one-stop tuning shop that could convert any street car in to a four-digit horsepower monster. Then Jun returned to Bonneville with an even more heavily modified Z32 built in conjunction with fellow Japanese tuner Blitz. This car, wearing a custom aerodynamic nose, laid down a stunning 419.84 kph (260.88 mph) run for an E/BMS class world record. 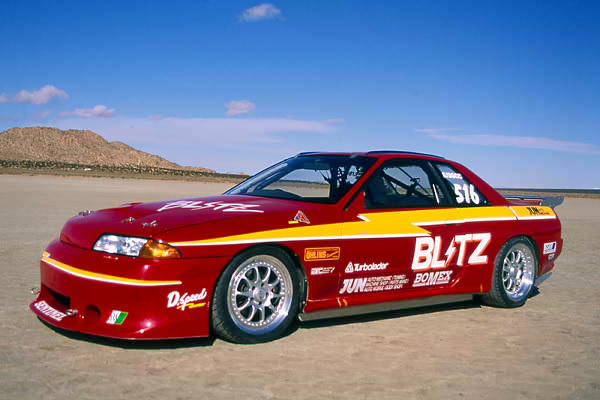 In 1993, Jun and Blitz came across the Pacific once again, this time to El Mirage with an R32 Skyline GT-R, and set a world record in the E/BGCC class with a 313.2 kph (194.6 mph) run. With the Tuner Era in full swing and crossing over to the US, Jun’s exploits were covered heavily by media in both Japan and the West, catapulting Tanaka’s firm to legendary status. 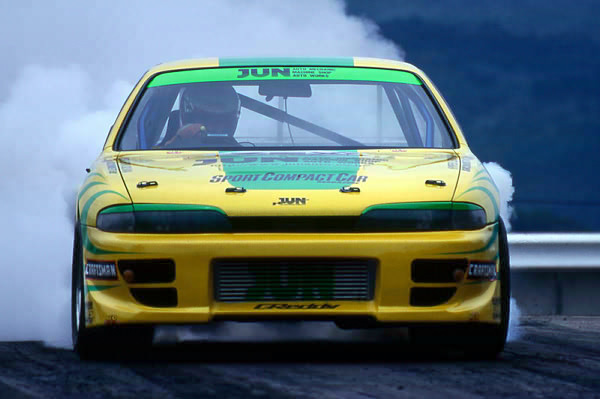 By 1997, Jun had established subsidiaries in Thailand and the US, its tuning empire growing in fame by the day. However, the most impressive thing about Jun wasn’t its record-smashing land speed cars. It was the fact that they were able to compete and succeed in all manner of motorsports — drag, time attack, drift, road racing, rally — in addition to smashing those land speed records. 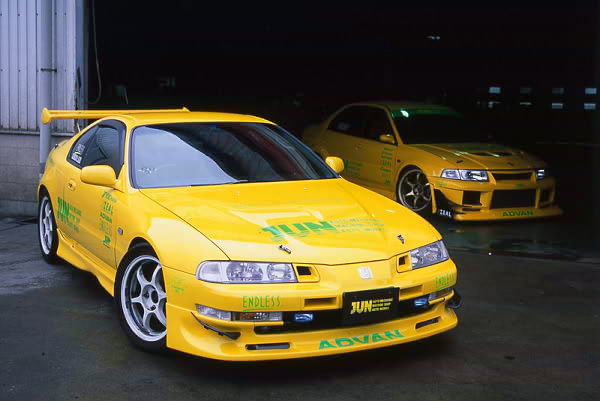 Not only that, but Jun built a slew of record-breaking demo cars, each wildly different from the last. The list reads like a who’s who of 90s tuner favorites: Subaru Impreza WRX STi; Mitsubishi Lancer Evolution; Honda Civic, Prelude, and Integra; Nissan Silvia, Skyline GT-R, and Fairlady Z; Toyota Supra; Mazda RX-7, and more. 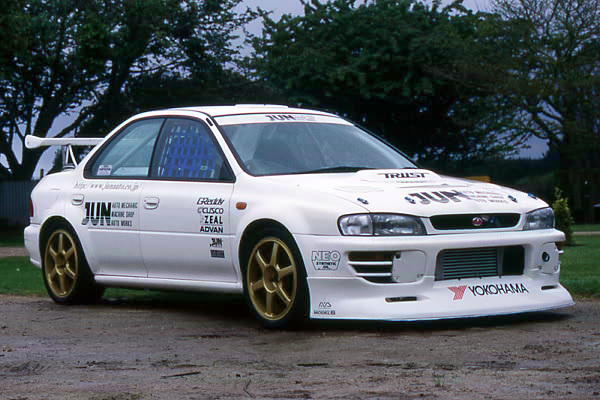 To show just how multifaceted they were, Jun was a fan of building matching demo cars that served two very different purposes on the same chassis. For instance, the shop built a pair of GC8 Imprezas that looked nearly identical, one for circuit and one for rally. The circuit-spec car broke Tsukuba’s then-standing lap record with a 0’58”422, while the rally-spec car competed in Rally New Zealand and clocked a speed of 309.7 kph (192.4 mph). And, who could forget the yellow and green Civic hatchback twins that Jun campaigned in the US during the height of the import craze, one for road and one for drag. 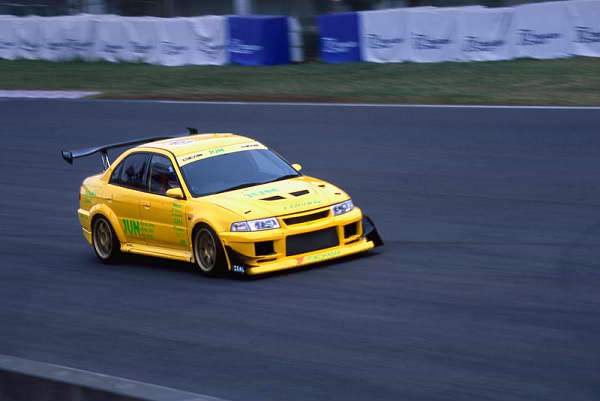 Sometimes, Jun’s builds were so transcendent that a single car could compete in multiple forms of racing. Jun’s Hyper Lemon Mitsubishi Lancer Evo V was shipped to Germany to participate in both a time attack and drift challenge (it came in 4th and 1st, respectively), then sent to Hong Kong to set the Zhuhai Circuit lap record there, and then returned to Japan to break the company’s own Tsukuba record with a 0’55”976. 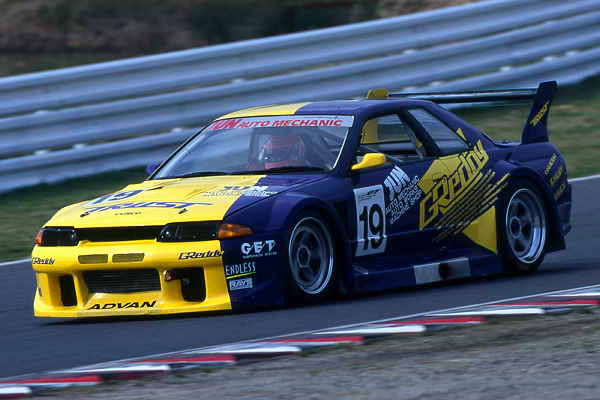 The list goes on and on. Jun’s chop-top EK Civic was at one time the world’s fastest Honda drag car, its 700PS S14 Silvia set an import drag racing record in the US with a 8:887 quarter-mile time, it campaigned a SR20-powered R32 Skyline in the Japan Touring Car Championships, its S13 Silvia won a magazine-sponsored Silvia World Championship, and its 1000PS “streetable” Akira Supra broke the 400 kph (249 mph) barrier at Bonneville in 2001. 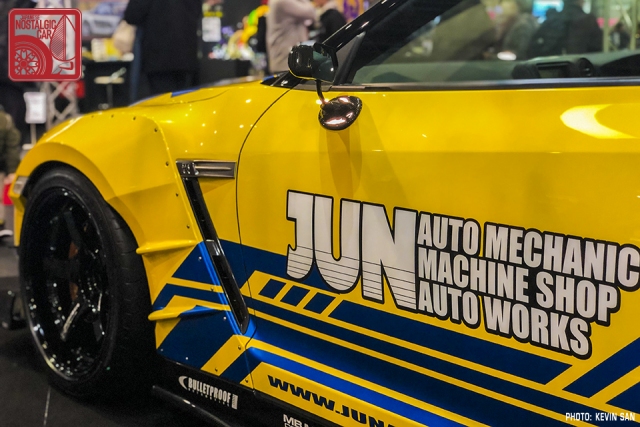 Jun’s breadth and variety of experience was rivaled only by the biggest companies in tuning. And at the height of the boom, the parts they bestowed unto the tuner world were considered top notch, everything from exhausts to engine internals to entire crate motors. 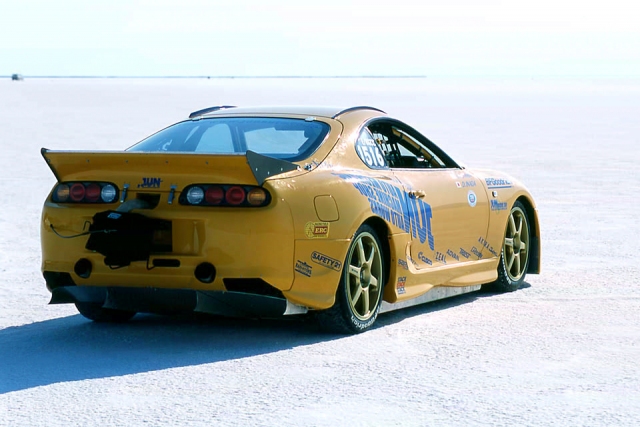 Jun might not be the biggest name, but their achievements are unparalleled. Even today, they remain relevant and are one of the sought-after suppliers of parts like billet cranks for the R35. Tanaka-san’s passing is a monumental loss for the tuning world, but his legacy lives on in the many cars and parts that Jun Auto Mechanic built for wielders of Japanese steel. We should all wear something yellow today to celebrate his life.

For more of the wide variety of cars built by Tanaka-san’s firm, see below.