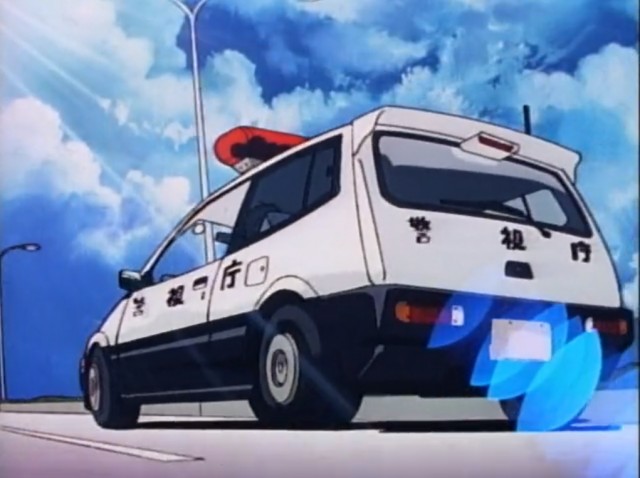 Forget Initial D or Wangan Midnight. Kousuke Fujishima’s You’re Under Arrest (Taiho Shichauzo), is among the best car-themed anime out there. Featuring a pair of Tokyo Traffic cops, Miyuki and Natsumi, who patrol the streets of Bokuto Precinct in a Honda Today with a Motocompo folding motorcycle in the boot, every episode is crammed with awesome cars, plenty of bikes, and all but a handful of episodes feature a car chase.

The manga was originally published from 1986 to 1992, but You’re Under Arrest has been in constant reprint since, while an adapted anime series was aired from 1995 to 2002. The popularity in Japan even spawned a live-action movie made in 1999 and a domestic-only video game for the Playstation in 2001. 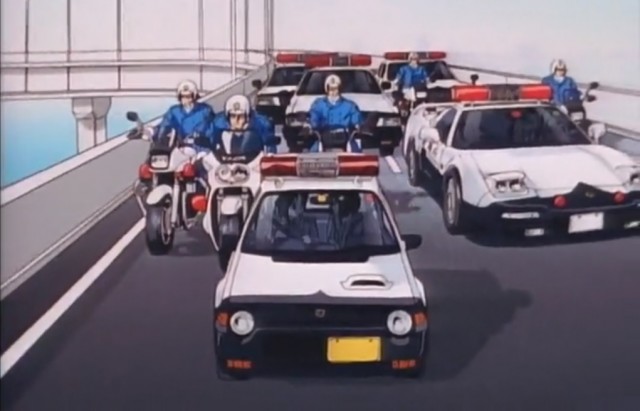 Despite being dubbed into English, The original anime series was never a commercially successful crossover like Dragonball Z. However, there was enough interest in the series in the Japanese market to relaunch a new season called You’re Under Arrest: Full Throttle in 2007. 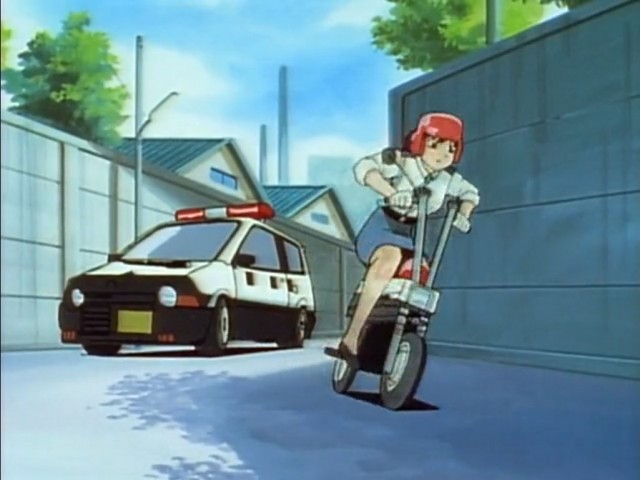 The action-packed car chases, occurring more often than actual racing does in Initial D, is the real selling point of this series. The star patrol car itself, following the trend of Japanese police shows from the 1980s, is the personal creation of one of the two protagonists, Miyuki Kobayakawa, who is talented mechanic and driver. The engine is bored .020″ over, cammed, turboed and comes complete with a 100 shot of N2O. In the show, the souped up Today gives Lancia Delta HFs, Turbocharged Minis, 300ZXes, a Porsche GT2 and even a few bikes a run for its money.

Note the very wide Volk Racing 84Cs on the Today (later swapped for a set of Volk TE37s). Miyuki is quite the petrolhead, if the built Honda Today wasn’t enough of a give away, Her daily driver is a Toyota Sports 800 on a set of gold Watanabes. 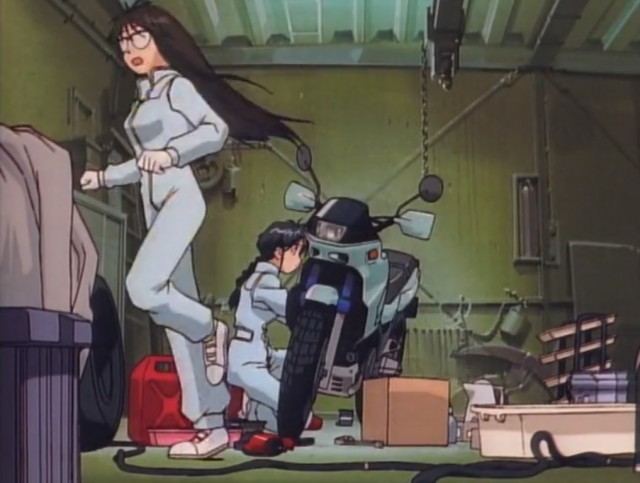 The other protagonist, Natsumi Tsujimoto, is an avid motorcyclist riding around on her Motocompo, both in her free time, and even whipping it out of the back of the Today to catch criminals. Even the police chief drives around in a Honda NSX. 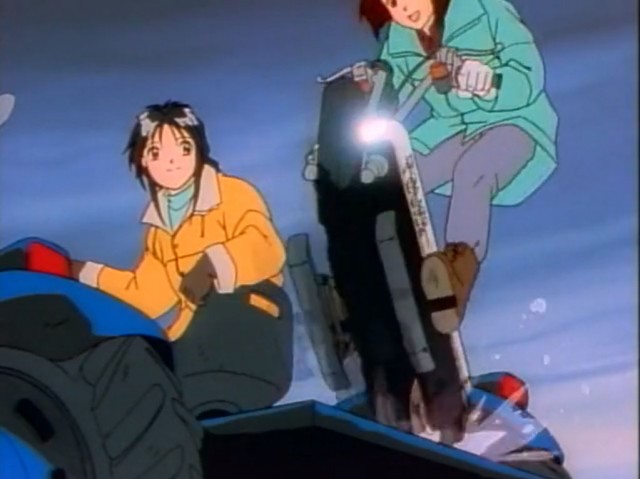 Miyuki’s creations expand beyond the Today, she continually makes awesome creations. Such as outfitting Natsumi’s Motocompo with skis to convert it into a snowmobile or rather a “Snowtocompo,” which is promptly used to chase down a thief on a snowmobile at a Hokkaido Prefecture Inn during a holiday retreat for the station.

In a later season, after Natsumi wrecks her newly built Yamaha RCV500R she buys a Subaru R2. Ultimately the car turns out to be a lemon from a chopshop with a blown engine. Luckily, Miyuki takes it upon herself to surprise Natsumi by swapping the wrecked Yamaha’s bike motor into the Subaru R2 and turn it into a pursuit vehicle which is then used to catch the chopshop owner and his 3S-GTE swapped Toyota Camry.

Fujishima is clearly a fellow gearhead, as even background cars are seemingly chosen as secret handshakes to other enthusiasts. Everything from Watanabe-shod Mazda MX5s to Celica GT-Fours to AE86s have made small cameos. Half the fun of the show is watching for brief background appearances by cool specimens of J-tin.

You’re Under Arrest is one of the hidden gems in the world of anime, which contrary to popular belief does have productions that appeal to people other than neckbeards with bad hygiene. Check out the show if you’re sick of watching the same episodes of Wangan Midnight and Initial D. It should be available on Amazon, Ebay, Netflix DVD or any anime streaming site.