JNC THEATER: That time a Celica GT-Four starred in a Japanese movie about skiing 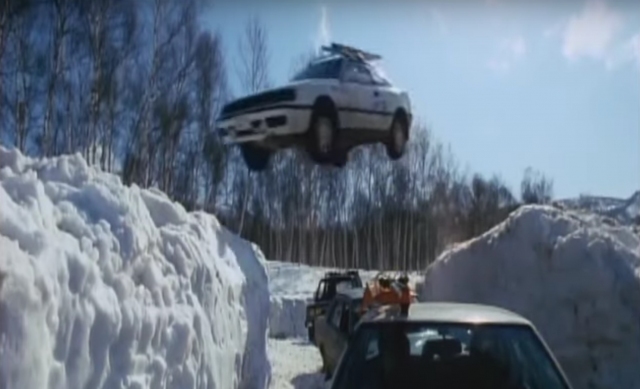 The ST165 Celica GT-Four has gotten some attention lately, thanks to Toyota constantly comparing it to the new GR Yaris. While that link is still somewhat tenuous, it did remind us of when Toyota showed off the newly introduced Celica GT-Four’s snow driving prowess in the Japanese rom-com, Watashi o Sukī ni Tsuretette (Take Me Out to the Snowland).

The 1987 movie is ostensibly about a ski equipment company employee who meets a woman during a ski trip with his coworkers. As it turns out, the woman also works for the same company, but in a different department. As expected, the plot goes heavy on a will-they-or-won’t they dynamic, all while they’re at the ski resort trying to promote their company’s products.

There are several colleagues and friends that serve as minor characters, including a pair of women who are ace drivers behind the wheel of the GT-Four. In thee finale, they have to race to deliver some of the company’s wares to a big product launch at a neighboring resort, and the quickest way is via flying ST165.

It is said that originally the producers were looking at a Mitsubishi, but in the end Toyota showed up with the product placement deal. That’s why in another scene, there’s a red Toyota Corolla II Retra GP Turbo as well.

The movie became such a hit that many credit it for kicking off Japan’s skiing boom. Of course, it became hugely fashionable to hit the slopes with a Celica GT-Four as well, and many replicas could be seen at ski destinations throughout Japan in the late 1980s, stickered-up with decals from popular mountain resorts such as Naeba or Appi. If you own a GT-Four today, it might be kind of cool to get one of these.

3 Responses to JNC THEATER: That time a Celica GT-Four starred in a Japanese movie about skiing