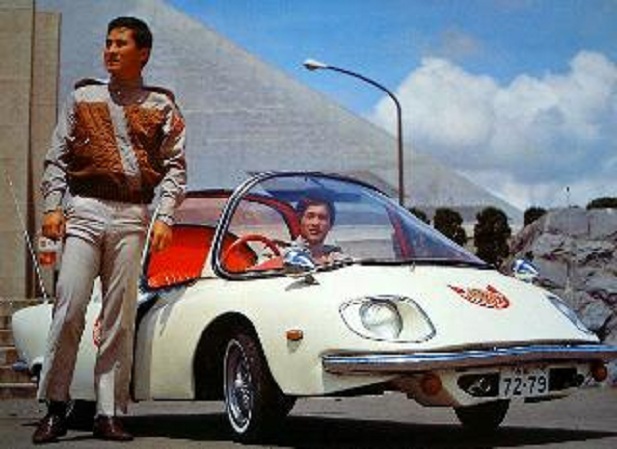 Kaiki Daisakusen (or Operation: Mystery! in English) was a 26-episode Japanese TV series about a team of investigators dispatched to solve cases involving supernatural phenomena. The SRI, or Science Research Institute may have been Japan’s 1960s counterpart to the FBI’s X-Files department, but Mulder and Scully never had a car this cool.

The SRI’s dedicated vehicle was a called the Tortoise, supposedly named for its (fictional) bulletproof glass shell. Unlike star vehicles from other Japanese sci-fi shows of the era, it wasn’t simply a recognizable production car with a bunch of crap tacked on. Instead, the futuristic gull-winged two-seater was based on a Subaru 360.

The SRI’s second car was far more identifiable. A metallic blue S50 Toyota Crown, outfitted with communications equipment, served as backup and appeared largely stock except for the SRI crest on its door.

However, since the broadcast spanned from September 1968 to March 1969, a parade of 1960s Japanese sports cars would often make guest appearances. The result was a veritable greatest hits album, including a Datsun Fairlady roadster, Honda S600 and Toyota 2000GT.

Of course, no proper TV star car in Japan would be without a toy version, and the Tortoise does not disappoint. The Crown, too, exists in diecast form as a Tomica issued by the Toyota Automobile Museum. 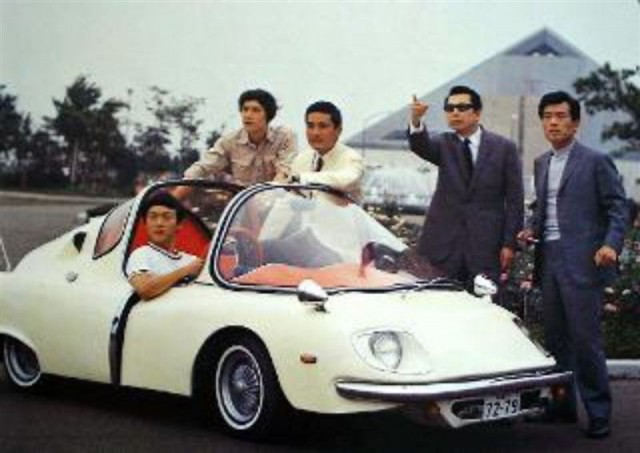 Unfortunately, precious little is known about the fate of the Tortoise. It was built by an outfit known only as Haruki Automotive Industry Co., Ltd. by Kihachiro Haruki. At the time, it cost about ¥1 million according to a blog post apparently written by Mr. Haruki’s son.

Thanks to Mario the Multipla for additional images and info.

15 Responses to JNC THEATER: Operation: Mystery! and the Tortoise