JNC THEATER: A drama about a nameless racer, a car designer, and the “Nagoya” 2000GT 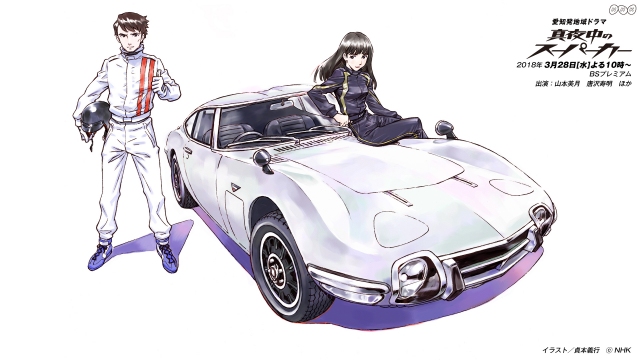 Promotion has begun for a new TV drama in Japan that crosses Speed Racer and a A Night at the Museum. Called Midnight Supercar, the star car is a 2000GT and the museum is the Toyota Automobile Museum itself.

Despite the manga cover illustration in the lead image, Midnight Supercar is a live-action production starring Mizuki Yamamoto, who plays a young car designer named Yuki Shiro at the “the largest automaker in the world.” That company, conveniently located in Aichi Prefecture, is called Nagoya Motors, and Yuki dreams of creating a car as legendary as the Nagoya 2000GT.

Obviously that’s a thinly disguised stand-in for Toyota, and the next part is even more pointed. According to the official summary (via Google Translate), “the trend of the times is a functionally packed and safety-first family car that is user friendly.” However, Yuki believes that driving is the real joy to be found in cars and soon comes in conflict with her boss.

She is demoted and transferred to a different department responsible for the thing she hates most — autonomous cars. Depressed about creating cars devoid of driving enjoyment, Yuki thinks of quitting her dream job and visits the Nagoya Automobile Museum for solace. 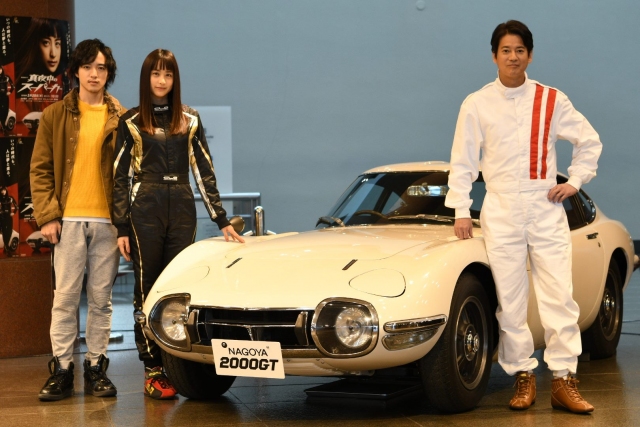 So far, it’s a fairly realistic scenario (perhaps striking even too close to home) and would make an excellent drama as is. The museum scenes were even filmed in the actual Toyota Automobile Museum in Aichi, where the promotional photo above was taken. The next part, though, is where it gets totally bonkers.

The synopsis continues. The museum’s old security guard seems to know more than he’s letting on about the Nagoya 2000GT displayed in the halls that he patrols. He warns Yuki that things get strange at the museum at night, so of course while admiring the 2000GT she loses track of time and stays past closing.

At the same time, a thief breaks into the facility with plans to steal the 2000GT that night. But when the clock strikes midnight, the museum shifts into an otherworldly dimension and mysterious characters come to life. One of them, a man in a red-on-white racing suit, turns up to defend the 2000GT, and that’s where the synopsis ends. 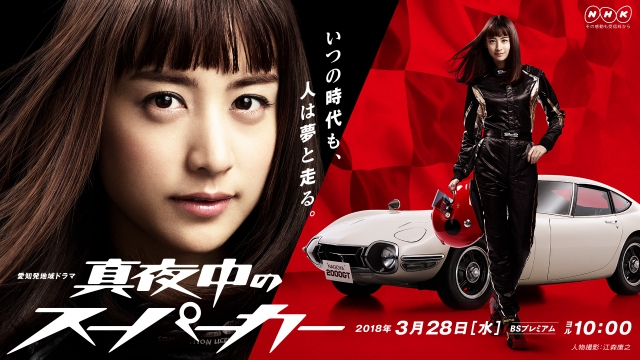 What remains are suspense-building questions. Will Yuki be able to return to the real world safely? What secrets are hidden in the birth of the legendary Nagoya 2000GT? Tune in and find out! Sadly, there are no plans currently for a DVD release or English subtitled version. Midnight Supercar premieres on March 28 on NHK.

6 Responses to JNC THEATER: A drama about a nameless racer, a car designer, and the “Nagoya” 2000GT