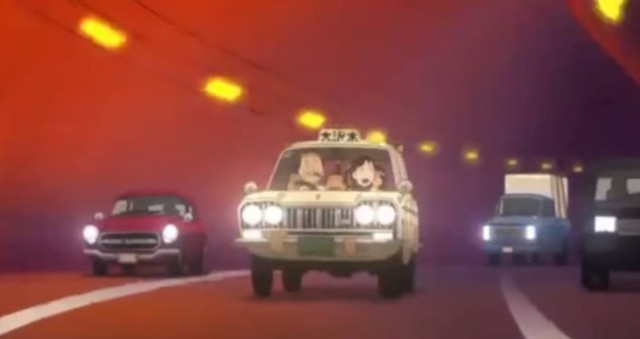 There’s a relatively new anime called Maido! Urayasu Tekkin Kazoku (毎度!浦安鉄筋家族). Featuring extremely short episodes — like under two minutes short — and story lines that are monkey tits insane, but the main characters are from Urayasu, Chiba and drive an S54 Skyline taxi. Though not all the episodes have cars in them, when they do you can often spot things like a Honda S800 or a Tekamen R30 in the background. The YouTube clips aren’t great quality, but you can spot the cars pretty easily. Apparently it’s hilarious if you understand Japanese. Watch some of the videos below.