JNC RADIO: Let the smooth sounds of a Mazda Cosmo AP carry you into the evening 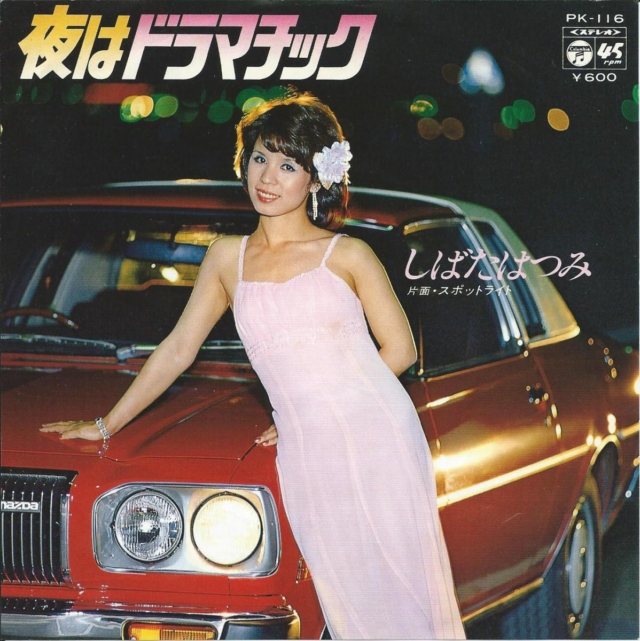 It was no mere coincidence that Hatsumi Shibata’s 1978 album cover for Night Dramatic featured a then-new Mazda Cosmo AP. Though the car set the proper mood for the Japanese bossa nova record, Shibata did plenty of commercial work, including the jingle on the ad for the Cosmo AP.

In fact, the car itself was called the “Dramatic Cosmo” in the ad copy, further blurring the lines between art and commerce. Somehow, the name never stuck.

This isn’t Shibata’s only connection with automotive-themed advertisements. She’s also the voice (though not the actress) behind the go-go Maruzen Oil ads that long-time JNCers may remember from our post a decade ago.

permalink.
This post is filed under: JNC Radio and
tagged: cosmo ap, mazda.

2 Responses to JNC RADIO: Let the smooth sounds of a Mazda Cosmo AP carry you into the evening