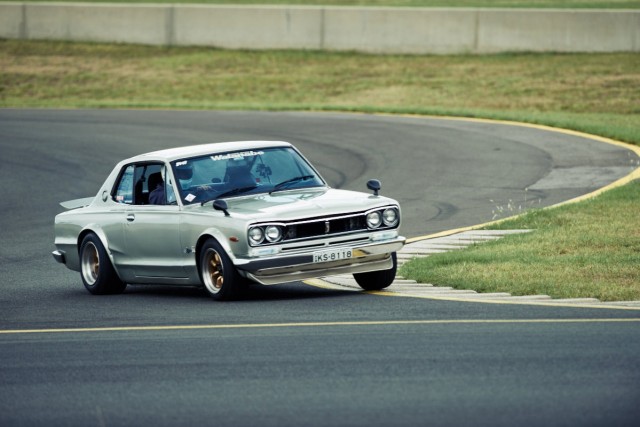 There are lots of TV commercials which try to appeal to true enthusiasts, but if you were given the keys to a TV production company, what sort of commercial would you make? If you answered that you’d gather a whole bunch of cool cars at a racetrack, unlock the pit lane gates and then turn on the cameras, well that is in fact what the Aussie motor oil brand Nulon recently did. And we were invited. 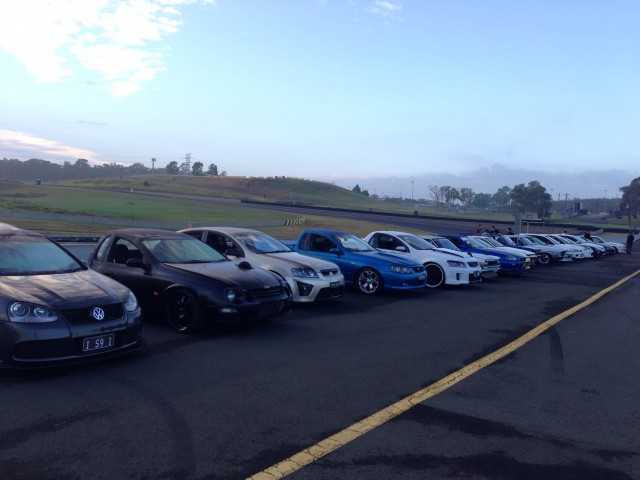 We had a chat with Nulon marketing man Chris Dawe, and he said that the cars they selected were intended to be a cross section of old school and modern, as well as cover the JDM, Euro and Domestic scene. 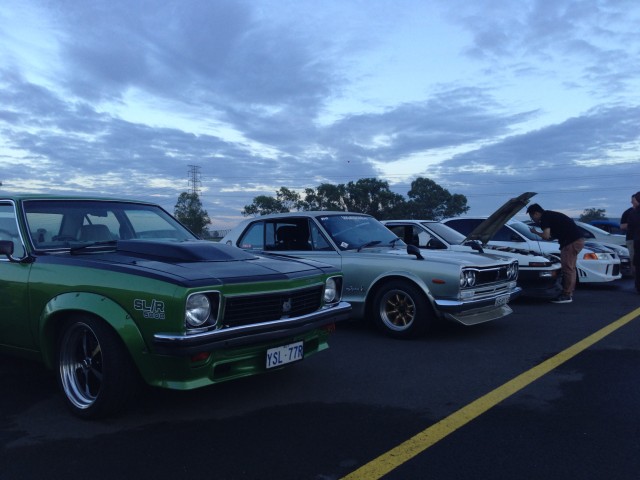 Domestics meant that modern Holden Commodore V8s and Ford Falcon Turbos were represented, but what everyone loves is classic Aussie muscle, so there was this gorgeous Holden Torana SL/R 5000 on hand, one of the GM hero cars of the 1970s. 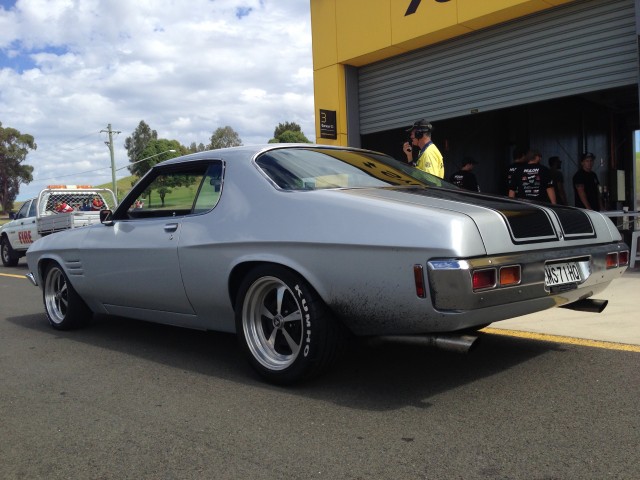 And a Holden HQ Monaro (essentially an Aussie Chevelle SS). The rubber spray on the rear fenders are from filming a segment where it pulls a huge burnout out of the pit lane.  TV Industry Pro-Tip: spraying WD40 on the tyres makes really thick, white clouds of smoke! And yes the owner of the Monaro is getting treated to new tyres after the shoot.

But while the burnout was real, when it came time to film the Monaro doing a donut, things were different. The Monaro was mounted on four wheel dollies, and then several crew frantically pushed the car in circles while a smoke machine billowed white clouds out from the rear wheel arches. While this looked a little obvious from the outside, from the viewpoint of the camera mounted in the cabin, it looked like a very convincing donut. This allows the film crew to do a bazillion takes and for the actor behind the wheel to try 500 different ironic grimaces — all without hurting the car. 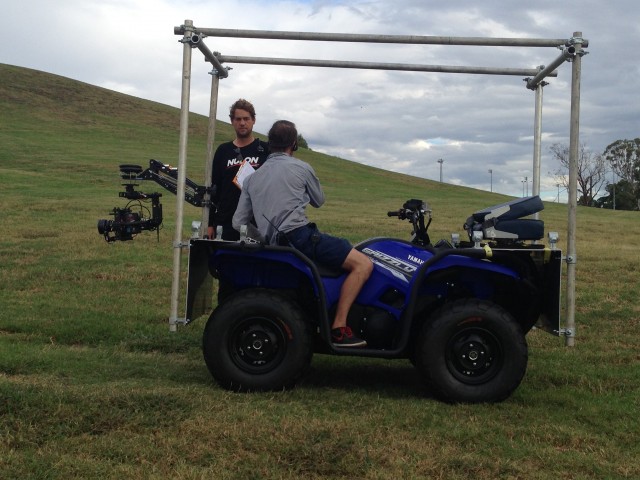 If you need to do a tracking shot of a car zipping by on the track, you use this ATV with a Steadicam that can zoom along the grass on the infield while the remotely-operated camera is kept focused on a particular car. 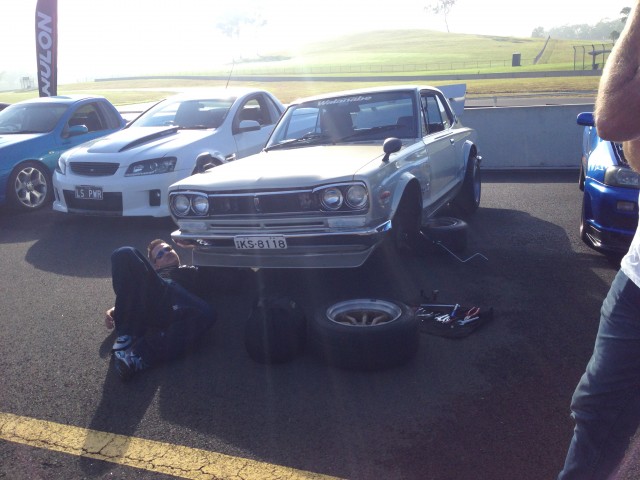 The Hako also played a bit part in a pit scene (that’s not me lying under the car by the way). 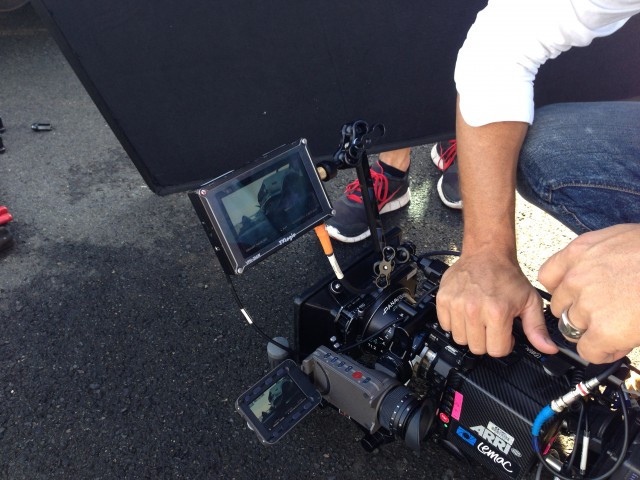 I have no idea if this will make it to the final commercial or not, but if you see a random guy with a misshapen head randomly wrenching on a Hako brake caliper…well that would be me.

But then we get to the good part, which is when they open the track, and tell us to get out there and have fun. They offered the services of stunt drivers who were on hand, but when am I going to be in the position again where I can look a film director in the eye and say, “Sorry, I do my own stunts.” 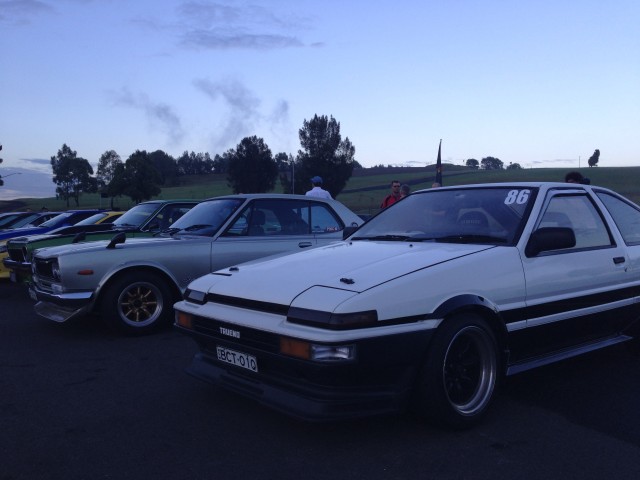 The Hako handled great, settling early into a mild oversteer balance which was quite secure in the fast corners, and allowed you to really lay into the power coming out of the sweepers. 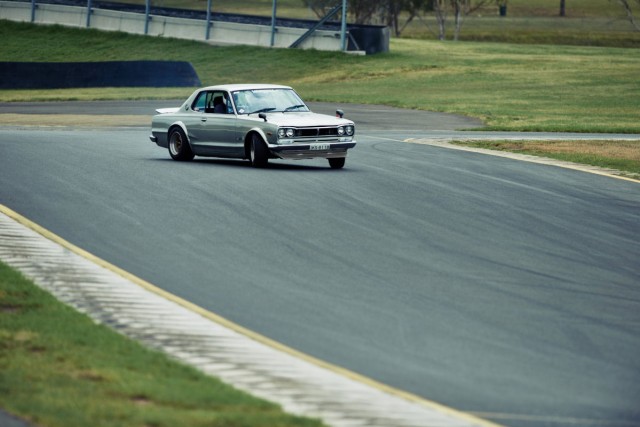 We were using the South Circuit at Sydney Motorsports Park, which has a lot of wicked little hairpins, and it was a lot of fun to drift the car past the apex on the power. Big, easy torque and the progressive nature of the Bridgestone nostalgia tyres meant that actually, it was easier than it looked. 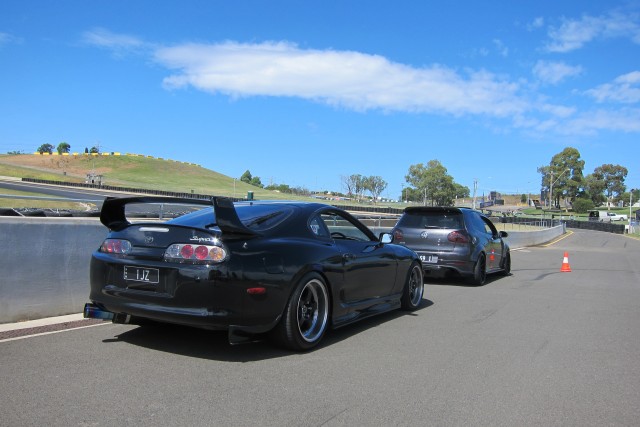 The Nulon commercial should see the light of day within the next month or so, and there’ll be a social media campaign too. Now, before we get too excited, the Hako just has a bit part in the commercial, so we’re not about to see a drifting Hako-based ad campaign (would be nice though, huh?). Just the same, we can’t wait to see how it turns out. 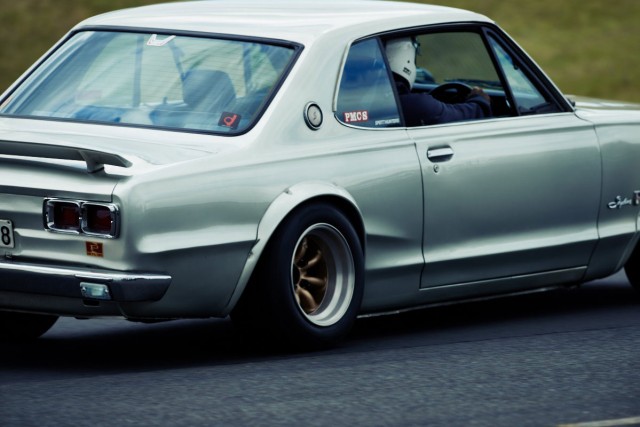