Today we headed out to the Chainan 21, the official museum of Hino. 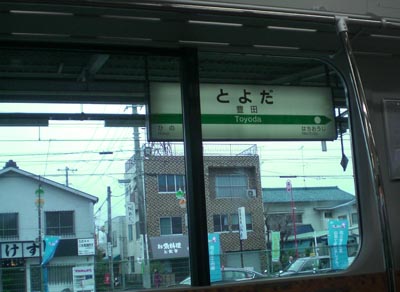 Check out this sign. The station name is Toyoda, and if you notice, the previous stop was Hino. Coincidence? Probably. The Hino museum is at neither of these. 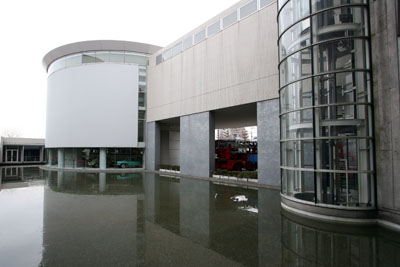 Instead, it’s in Hachiouji, about a 40 minute train ride west of Shinjuku, but from the train station you also have to take a taxi or bus. 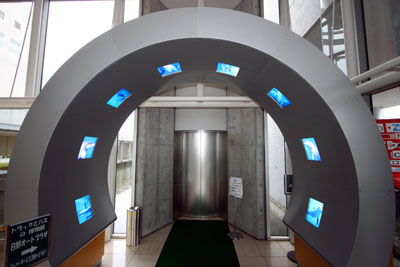 As a result, the place was deserted. Unlike the rest of Japan, there were no greeters, no people sitting behind a desk in the lobby, not even anyone at the gift shop counter. Just this Star Trek-esque elevator with pictures of dolphins in it. 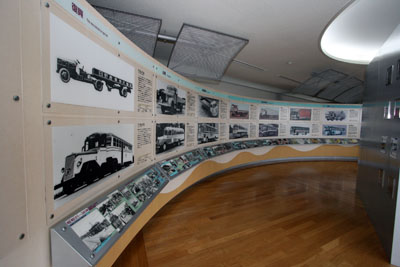 It was a small museum. Nothing on the scale of the Honda Collection Hall, Toyota Museum, or Nissan Zama warehouse. A lot of this probably has to do with the fact that most of Hino’s products are enormous trucks. There were plenty of pictures though. Unfortunately, all the placards were in Japanese with very few English translations. 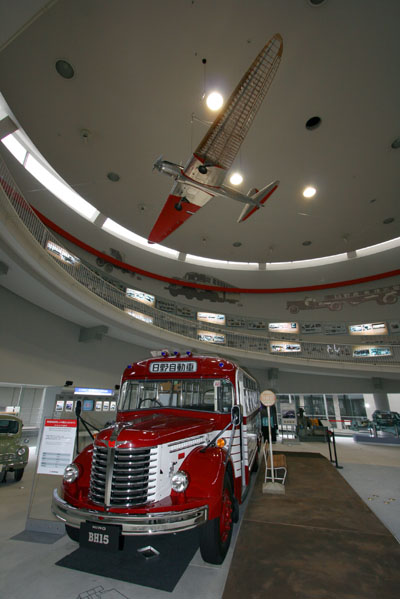 Hino made airplane engines long before their current lineup of trucks and buses. 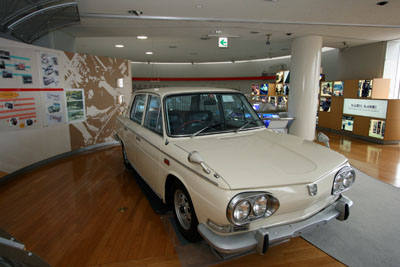 Somewhere in between there was a car or two. 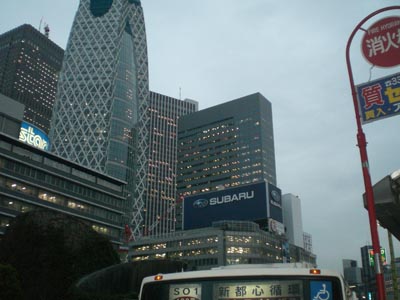 On the way back we stopped by the Subaru showroom in Shinjuku. 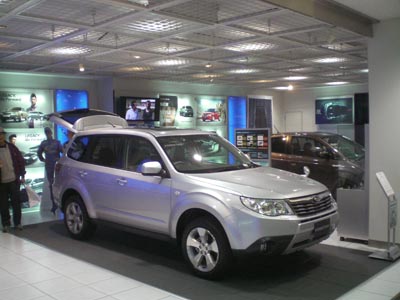 No nostalgics inside, but there was a new Forester and a dark brown “Bitter Edition” R2. The Japanese can never have too many limited editions. 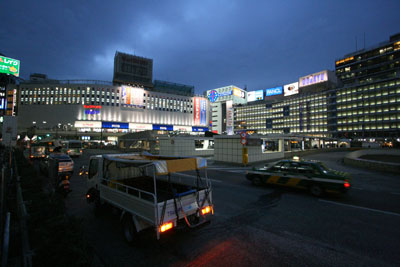 4 Responses to JNC In Japan: Day 5