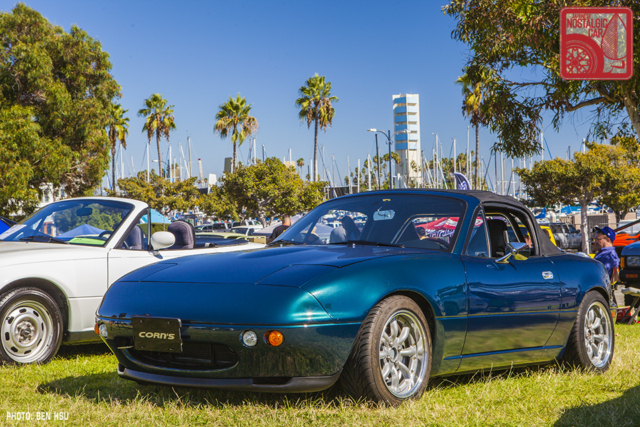 Our final installment of JCCS coverage spotlights the car to which we gave the JNC Award: Kevin Truong’s first-generation Montego Blue Mazda MX-5 Miata. Our pick coincided well with JCCS’s expanded eligibility of cars up to model year 1995. The Miata not only arrived at the dawn of the Bubble Era, but also welcomes a new era of JCCS. At the same time, it’s something attainable, relatable, and iconic. And most importantly, Kevin’s car is an exemplary specimen of the genre. 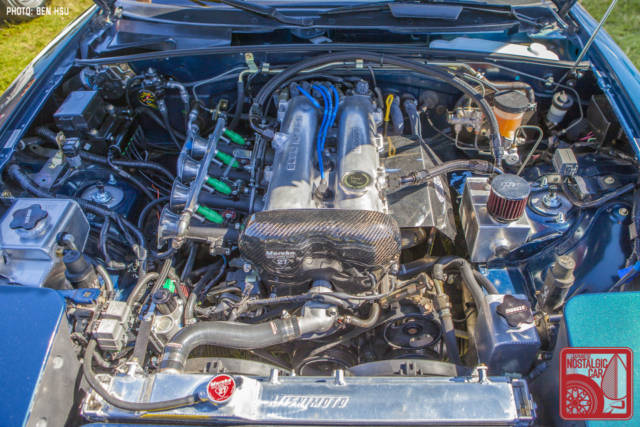 Kevin has owned three other NA Miatas, an NC, Honda S2000, and Datsun 240Z, but says, “There is really nothing like it. The ‘Horse and Rider as One’ definitely holds true.”

Though the S2000 is also a roadster and has more power, “It just doesn’t have the same feel like the 1st gen Miata,” Kevin explained. There is something a little more raw and rough about it, like a 240Z.” 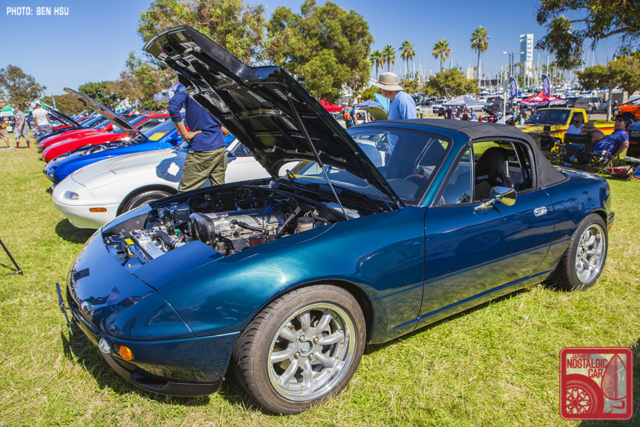 This particular car came together in a relatively short amount of time, compared to many of the builds at JCCS. Kevin purchased the car from an older owner in Bakersfield, California in December 2017.

The car was built around two key components — a PitCrew high-rise header and Jenvey ITBs. “I’ve always wanted to build an all motor, ITB, NA Miata,” Kevin told us. From there, he accumulated parts like an ARC airbox, Arrive intake, Fujitsubo Legalis R exhaust, Toda engine parts, and Panasports. 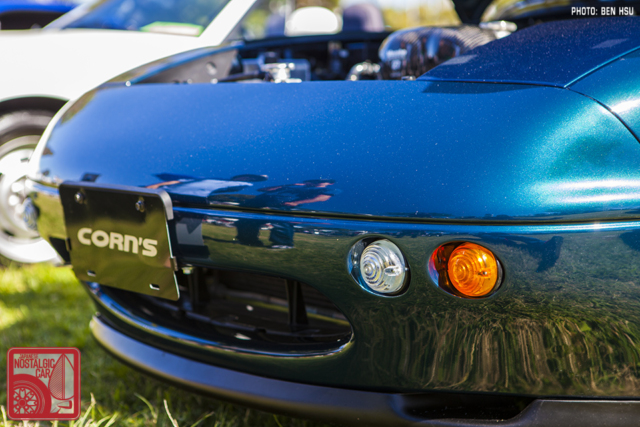 Part of the theme was a 60s and 70s throwback style and feel, a tribute to Kevin’s old 240Z and his fondness for Datsun Roadsters. That came through in the external styling, especially with the fitting of a distinctive yet subtle Barchetta Clubman GT front bumper.

“I nearly purchased the whole catalog of parts from Maruha,” Kevin says of the Japanese MX-5 specialist. Everything from the camshafts to LSD to clutch and flywheel and cooling system components are from Maruha. In fact, the car is full of JDM NA cottage industry knickknacks, — Beatrush aluminum panels, KG Works gauge cluster and interior bits, Nakamae quilted interior surfaces, Car Make Corn’s seats and an M2 e-brake assembly. 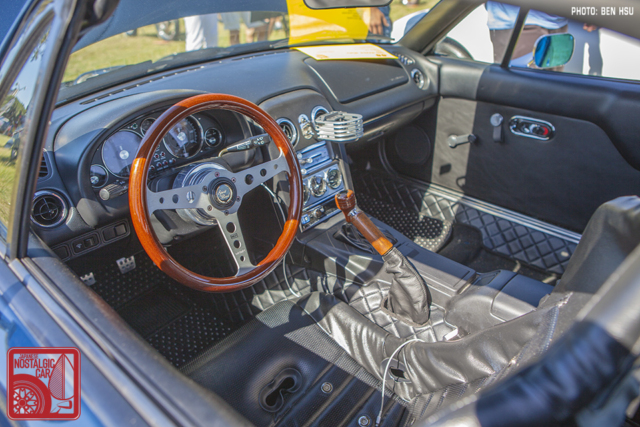 Kevin is also founder of Spirit Road, which makes many accessories such as horn buttons, gauge faces, wooden shift knobs, wooden e-brake handles, keychains, and oil caps, together with RevLimiter. Kevin is also expanding into coilovers, funnel screens for ITBs, and more.

Why Spirit Road? “There is a history to the Spirit Road scattered throughout China. Neil Young wrote a song ‘Spirit Road’ and I found it fitting was whenever I drove the Miata,” Kevin explained. The font of the logo was inspired by old John Player cigarettes Kevin would see in Chinatown as a kid. “I felt like I was one with it. Just me, the car and the open road. Everything just kind of fit.”

Kevin’s Miata also took second place in the Best New School Mazda category. Inspired by the two awards he took at this year’s JCCS, he and RevLimiter are making a new horn button with two stars and the phrase “Ad Astra Per Aspera,” which translates to “Hardship to the Stars.” It represents all the blood, sweat and tears Kevin poured into his Miata, getting the fuel lines, ITBs, and tuning to work properly. 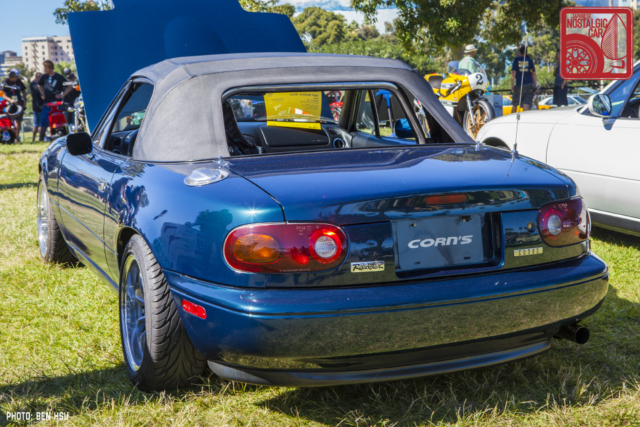 Speaking of Spirit, we also chose Kevin’s car because it keeps with the original spirit of the car itself. Despite its extensive parts list, the mods don’t overshadow what Mazda intended when they created the Miata. It’s that combination of detail and enthusiasm for a single model that makes this Miata special. Omedetou, Kevin!