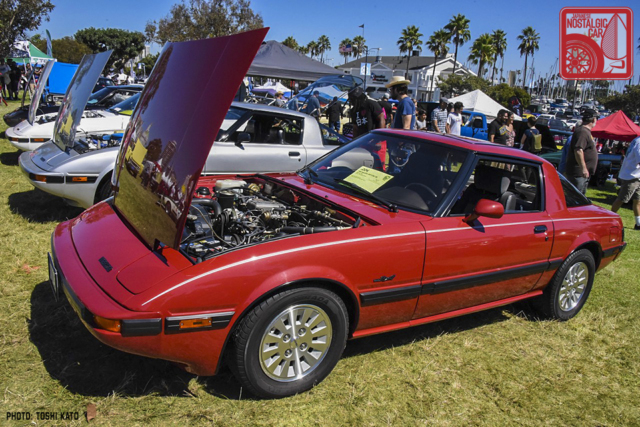 We’ve completed eleven installments of the biggest JCCS ever. It was a landmark year, one that saw approximately 500 cars and over 10,000 spectators, both new records. The competition was tougher than ever, but when the dust settled there was only one Best in Show, and this year it went to Jerry Rosenblum’s 1985 Mazda RX-7 GSL-SE. 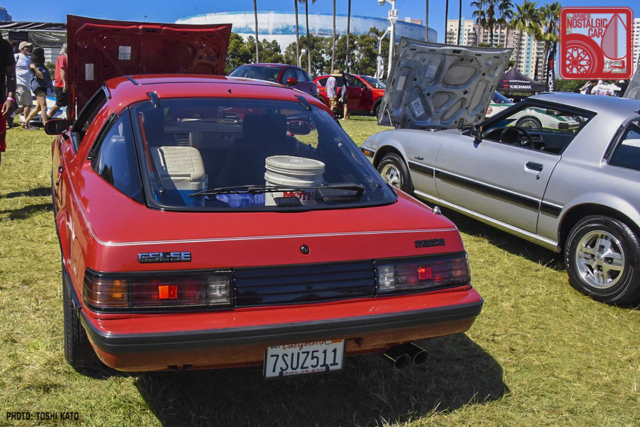 The car was impossibly original, and looked as if it had just rolled off a factory line. It basically had, with just 18,000 original miles on the odometer. Not only was it an immaculate specimen, it was the top-spec trim of the first-gen RX-7 available in the US. 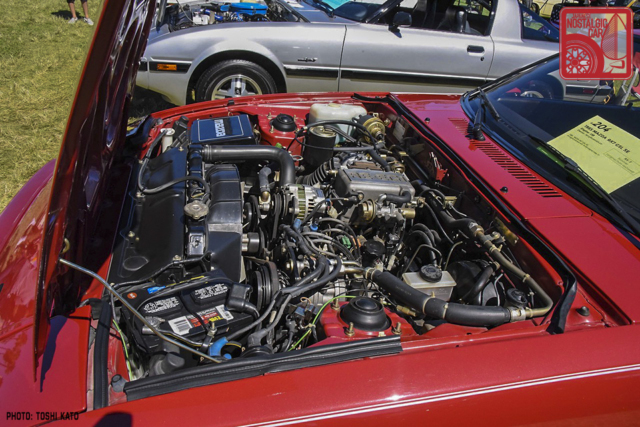 It was the first RX-7 to bear the legendary 13B rotary engine, while the rest of the lineup came with the smaller 12A. Variations of this motor would go on to power its two successors. Here, it made 135 horsepower, 34 more than its 12A siblings. 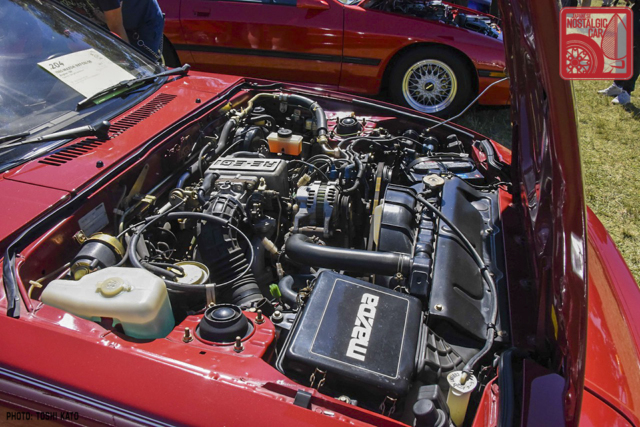 We asked the judges why Jerry’s RX-7 was chosen. The answer, in a word, was originality. “All rubber on the outside of the vehicle survived,” they explained. “The fenders, doors, glass hatch, everything is gapped evenly, as if they were never touched. The plastic on taillight is perfect. Interior wear and tear is next to none. The dash is super clean, no UV weathering. Even the paper ring around coolant reservoir that says ‘Coolant’ is still there.” 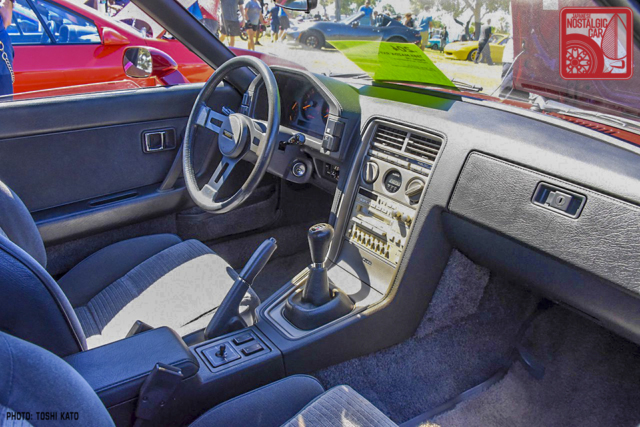 We think this is a fitting choice for JCCS in the year 2018. About a decade ago, Best of Shows were often awarded to cars that had every possible mod and kandy colored paint jobs. Sure, the workmanship and money poured into those builds were second to none, but they weren’t really keeping with the spirit of JCCS. There are other shows for builds of that sort. Now, originality is what judges are looking for. How times have changed.

permalink.
This post is filed under: jccs and
tagged: jccs, mazda, rx-7, sa22.