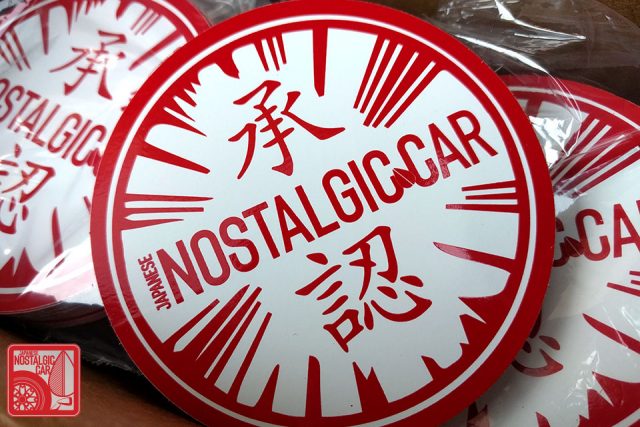 As you’re walking around at JCCS this weekend, look out for cars wearing the new JNC Shōnin decals. When used in conjunction with the classic JNC inkan, they represent the best of the breed, cars that have either served as JNC booth cars, cars that we have arranged for other companies, or cars that have been featured here on the JNC website.

We wanted to a way acknowledge the efforts of these owners and the kinship that these cars and their builders represent. This is our way of saying arigatou for being a part of the JNC family. These decals are not for sale, and can only be obtained via one of the methods above. See you Saturday!