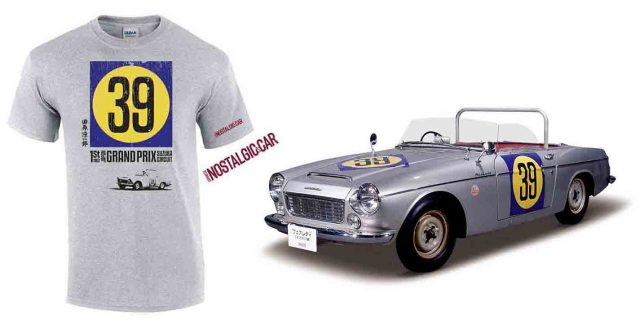 We are very excited about the JCCS (four days away!), and the theme at the JNC booth this year will be early Nissan motorsports. To celebrate, we are debuting a new shirt design, called simply “39”. 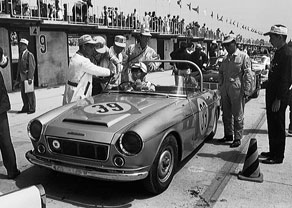 The first Japan Grand Prix was held in 1963 at the then newly completed Suzuka Circuit. 200,000 Japanese enthusiasts showed up, but for many it was the first time they’d seen an auto race in person. Some even thought you could bet on it, like a horserace, causing much confusion at the ticket window.

The Sports Car B-II (for engines up to 2.5 liters) was the highest class that any of the Japanese automakers could compete in, and at the time British sports cars — Triumph, MG, and Jaguar — ruled. The Datsun Fairlady roadster was among Japan’s first real sports cars, and this would be its first high-profile race. 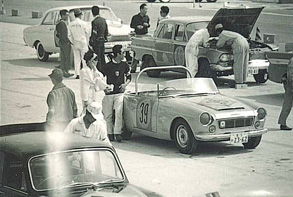 Nissan had just one entry, the silver #39 roadster driven by Genichiro Tahara. Established European brands were thought to have the advantage, but Tahara qualify third. Then, according to Nissan’s records, “Tahara managed to dash ahead at the start of the main event, taking the lead and staying there all the way to the checkered flag.” Along the way, he got the best lap time as well.

It was the first victory for Nissan competing at such a high level with an international field, and told not just the world, but Nissan itself, that they could compete with the world’s best sports cars. 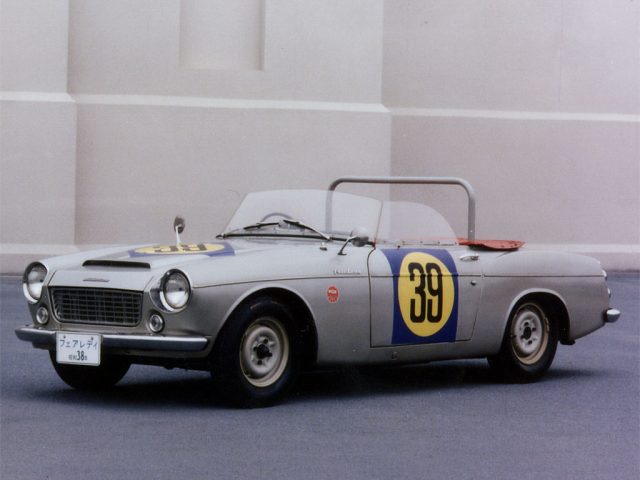 The car is now part of the Nissan DNA Garage in Zama, just outside of Tokyo. Tahara went on to become the first president of the SCCN (Sports Car Club of Nissan) and, fittingly, a renowned race horse owner. 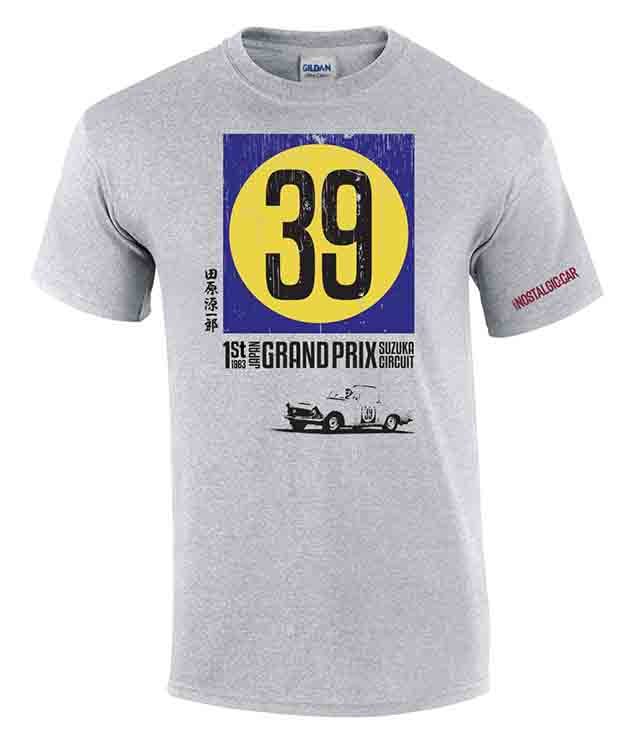 The JNC “39” shirt honors this remarkable achievement in Japanese motorsports history with a design inspired by Tahara’s winning car. The “39” graphic is inspired by the car’s roundel, surrounded by the event date and location, as well as Tahara’s name in Japanese. The JNC sleeve logo is dark red to match the cabin of the silver race car.

JNC “39” shirts will be available at the JNC booth at the Japanese Classic Car Show on Saturday, September 24, 2016. $25 each or two for $45. After the show, we will put any remaining stock online in the JNC Shop.