If you’re a regular viewer of SPEED Channel on cable/satellite, well… you’re probably not reading this blog. They do seem to go overboard to cater to the NASCAR crowd these days. But one of their regular programs is called My Classic Car and on last week’s episode they stopped by Jay Leno’s shop and took a few test drives of some of the cars in his fleet. Fortunately for us, the star of the show was his blue Honda SM600 Roadster. He seems to be very proud of this particular car, and why wouldn’t you be?

“It has a twin-cam engine with roller bearing crank. If this said ‘Porsche’ on it it would cost a million dollars,” says Leno-san.

Unfortunately, this is a very true statement. While these Japanese cars were just as technologically advanced as some of their German counterparts, they are just now starting to get the same respect that their other “Axis of Evil” partners have enjoyed for decades.

“You know, it was a really fully equipped sports car for it’s time. It has a wooden steering wheel, tach, 4 speed gearbox, and the engine is so tiny and so light. You just turn the key and it goes.”

And go it does! With only 57hp, it still moves down the road quite well thanks it it feathery curb weight and insanely high-revving engine.

Indeed it is. There’s little challenge in driving a 450hp big-block Chevelle quickly. A car like the S600 requires you to be involved in the process and not just be a passenger. You must maintain momentum at all costs to drive a car like this quickly. Luckily the car handles well enough that except for the occasional stop light, there’s very little cause to slow down in it.

We’re very glad a well-respected car collector like Jay is taking this Japanese nostalgic thing as seriously as we are. Whilst discussing his NSU Spyder (a German rotary-powered convertible) you can also get a good glimpse of his clean white Mazda Cosmo parked next to it. You can even see in the background a huge dealership poster for the Cosmo! We are glad serious collectors are finally embracing the Japanese classics, and we hope this bodes very well for the future of our hobby. 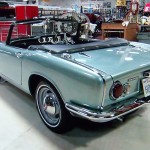 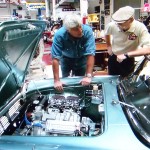 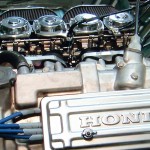 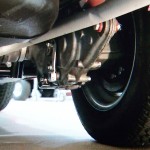 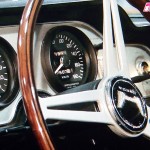 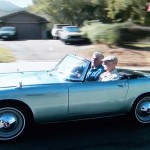 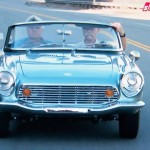 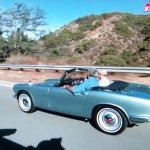 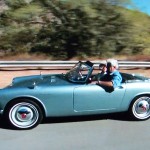 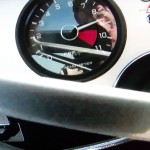 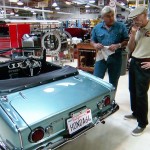 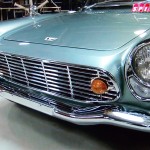 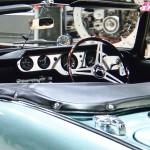 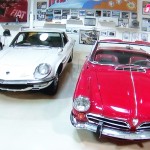 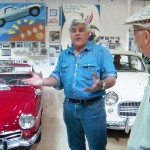 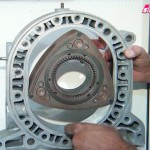 10 Responses to Jay Leno's Honda SM600 on My Classic Car