One hundred and fifty years ago today, Japan’s first railway opened. The line connected Shimbashi, Tokyo to nearby Yokohama, a distance of just 18 miles. Pulled by a British-built steam locomotive, the trip took 53 minutes non-stop. The train made The opening of the railway not only revolutionized the movement of people and goods, but established the consistent keeping of time.

Prior to trains, it wasn’t necessary to keep exact time from city to city. Time was kept using an old Edo Era system of temple bells that would ring throughout each town to mark certain periods of the day. The smallest increment of time was called a half-hour, but not in the 30-minute interval we’re used to today. Depending on the time of year,  the length of hours and half-hours could vary. In 1873, the year after the railway opened, Japan switched to the solar calendar and regular time system based on hours and minutes. Today, Japan’s trains are known for being the most punctual in the world. 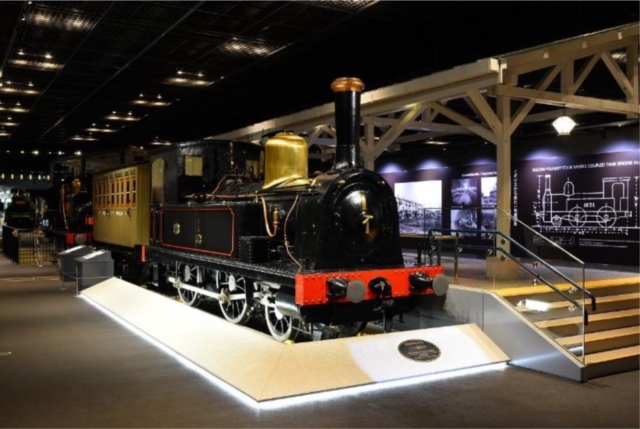 The first train  departed Shimbashi Station at 10:00 a.m. On board were Emperor Meiji himself, several noblemen, and even a samurai or two. The cost for that Tokyo to Yokohama ride 150 years ago was 37 sen and 5 rin. In the outdated monetary system, 100 sen equaled one yen, and ten rin equaled one sen. Adjusting for inflation, though, the price of that ticket was actually quite expensive, the equivalent of about ¥4,000 today. The ride would only cost ¥1,060 today. The so-called “No.1 Train” now resides at the Railway Museum in Saitama Prefecture.

Japan’s first domestically built steam locomotive, the 860 Type was completed in 1893 at the Railway Agency’s Kobe Factory. Rail lines were spreading through the country at a blistering pace, making trains a cornerstone of Japanese life. The train quickly supplanted ships as the primary mode of transportation, accelerating urban growth and generating trade between far flung regions of the country.

The affordability of rail travel created a tourism boom. Some even say that the new year’s tradition of hatsumode, or visiting a temple or shrine on the first of the year, was established during the early days of travel by rail. Expansion of the rail system spurred the discipline of civil engineering as well. Japan’s terrain is about 75 percent mountainous, and the challenge of building miles of bridges and tunnels across seemingly impossible stretches made Japan masters at infrastructure. The Ministry of Land, Infrastructure, Transport and Tourism says there are 4,858 railway tunnels and 140,390 bridges as of 2019. 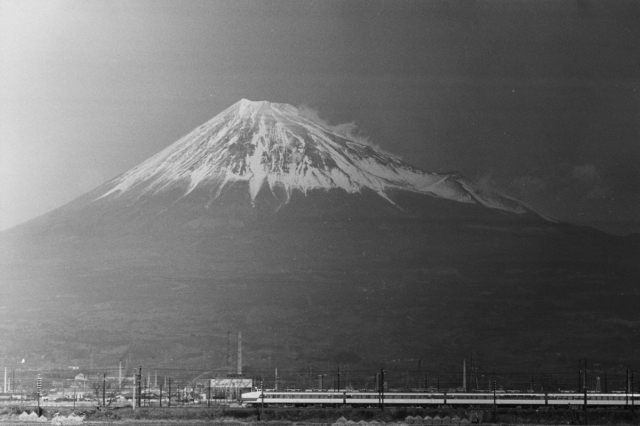 There is perhaps no better example of the confluence of all these facets — precision of time, convenience of travel, and adeptness at engineering — than the shinkansen. The 1964 launch of the bullet train was timed perfectly to coincide with the Tokyo Olympics. The high-speed train not only revolutionized rail travel, but became a showcase of Japanese technology and a national symbol of modernity.

Today, Japan has all manner of rail cars, from streetcars to bullet trains capable of 275 mph, subways to luxury liners. To commemorate the 150th anniversary of the first ride, this morning Japan Rail sent its Nagomi luxury train from Shimbashi Station to Yokohama (or at least the closest approximations; the actual stations have since moved). It was given a musical tribute as it set off.

There are celebrations marking the birthday at nearly every major train station in the country. Companies from Seiko to McDonalds are getting in on the act as well (with a watch modeled after old station clocks and train-themed happy meal toys, respectively). Trains are truly a staple of Japanese life. The country’s trains move approximately 68 million people every day. Japan now has 17,212 miles of rail. Put end to end, they would equal over two-thirds the circumference of Earth. Happy Railway Day to all.

permalink.
This post is filed under: Japanese Nostalgic Train and
tagged: shinkansen, trains.