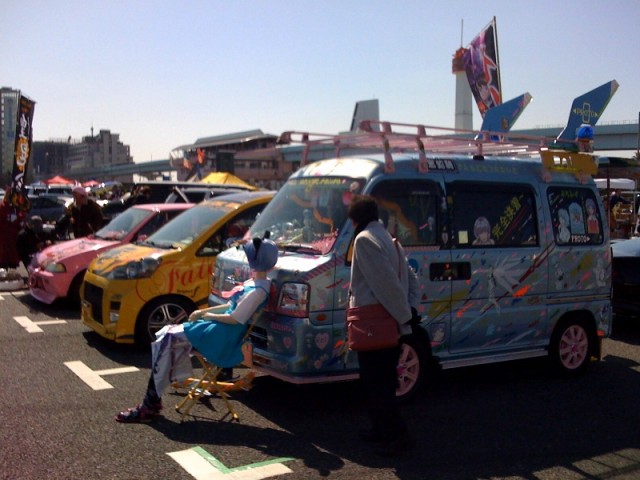 Yesterday at Odaiba there was a car show that featured the odd combination of American muscle cars and itasha. Itasha is the latest Japanese fad, in which fans of anime and manga plaster their cars with large images of their favorite characters.

The term “itasha” means literally “painful car,” painful for both the wallet and the ego because the itasha know full well that real car guys look upon their rides with disdain. It can also be a pun for “Italian car” although itasha fans often use BMWs or otherwise desireable 180SXs, Soarers and Evos as a canvas.

I didn’t go to the show, but got the above photo from Mooneyes, which says (thankfully) there were many empty spaces and the show was kind of a dud.

permalink.
This post is filed under: japan and
tagged: itasha.