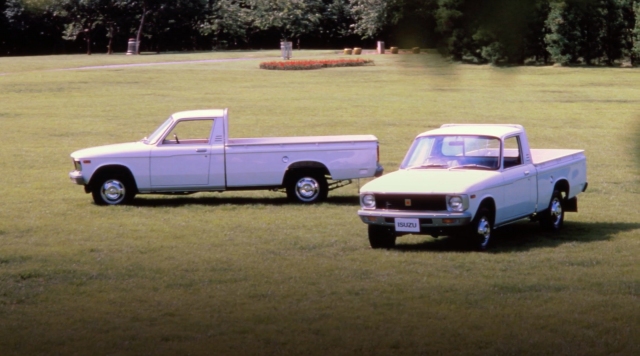 Despite its prowess in building large industrial trucks for any type of terrain, Isuzu was never truly able to succeed in the domestic truck and SUV market. They never were able to challenge the like of the Land Cruisers, Patrols and Mitsubishis, and even their small pickups lagged behind the competition from Toyota and Nissan. As a result, the Isuzu Faster set its sights on the US market, where its rebadged version, the Chevy LUV, was arguably more successful than the original.

In this video from the Isuzu museum in Japan, the subject is the Faster 1-ton truck. By the time it was introduced in 1972, Isuzu had already inked a partnership with General Motors the year before. The Faster succeeded the Bellett-based Wasp pickup, which had been a sales flop in Japan. Thus, the Faster was developed with an eye towards overseas sales from the very beginning. 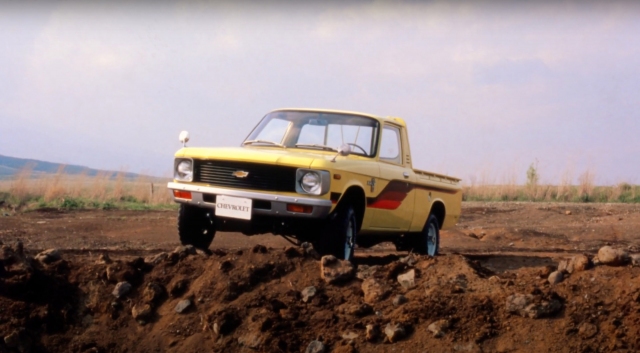 Initial models wore the front fascia of the Isuzu Florian sedan, but the trucks were painted with lively colors and given groovy decal kits to appeal to contemporary small truck buyers in the US. Thanks to GM’s massive dealership network, the Faster saw far more success with a bowtie badge than the original Isuzu logo.

In fact, when you get to the end of the video and see the running orange example from the Isuzu museum’s official collection, it’s not a Faster but a left-hand-drive Chevy LUV. According to a past volume of Nostalgic Hero, When the museum sought to acquire a first-generation Faster for its archives, they couldn’t find a decent example in Japan. So, they bought a LUV on eBay from the US and shipped it back. Even then, they had to remanufacture a few parts from scratch, like the 2-piece rear bumper. So, if you ever encounter an original Isuzu Faster in Japan, know that it’s an incredibly rare sighting.

6 Responses to VIDEO: Why the Isuzu museum in Japan has a Chevy in it