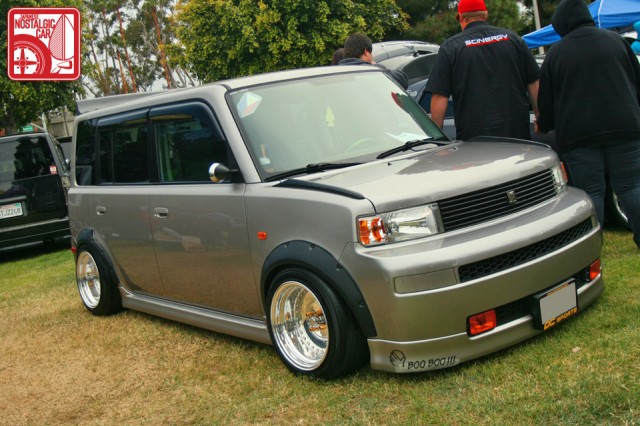 The news that Scion was dead leaked Tuesday night. Few outlets dared report it because it seemed too crazy to be true. At every single auto show last year, representatives continued to reassure the press and public that they were doubling down with new models, new campaigns, new investments. But it was true, and the fate of individual models was unknown.

We at JNC had a good “virtual water cooler” conversation about Scion’s failings over the Slack app that night, flowing into the next morning when the news was confirmed. It turned into a discussion about the tuner era and the missteps of the other Japanese automakers as well. Here it is, printed in its entirety (with minor edits for spelling and grammar), below.

snorkelingsarcosuchus [11:01 PM]
Hopefully the FRS replacement (if there is one) keeps coming here
You haven’t heard anything about this?

ben [11:02 PM]
No. I’ve been around auto journalists all day and no one said a word. This story was just published 22 minutes ago.

ben [11:17 PM]
If this is real, it’s pretty insane. The iM and iA have barely hit the market and they just unveiled the C-HR concept in LA like three months ago.

snorkelingsarcosuchus [11:22 PM]
Maybe it won’t take effect immediately?
I like the iM…and the iA. And can’t imagine the dealers who put in the investment would be happy about this. On top of that, this’d be like Toyota admitting defeat.

darikr [12:02 AM]
This will be the next round of JNC in 30 years!! Buy every XB you can see and put in sealed warehouse for Bonhams in 30 years

ben [7:00 AM]
It’s official.
http://pressroom.toyota.com/releases/scion+transition+toyota.htm
Scion Brand to Transition to Toyota
Scion, established as a separate brand in 2003 as a laboratory to explore new products and processes to attract youth customers, is now transitioning back to the Toyota brand.

snorkelingsarcosuchus [7:19 AM]
Phew! They’ll all just be rebadged as Toyotas.

snorkelingsarcosuchus [8:09 AM]
To be honest, I was never really convinced by the Scion branding. I liked that we got some new models–namely the original xB–but otherwise it felt a bit gimmicky.
The ​*youth-oriented*​ thing was like a self-imposed limitation on their marketing, when some of their cars had pretty broad appeal.

ben [8:29 AM]
http://japanesenostalgiccar.com/2016/02/03/news-rip-scion-2003-2016/
That is true about the self-imposed limits, but the marketing was ingenious, I thought.
I mean, you take a tiny Japanese car that is almost comically small for US roads and make it somehow cool with tattooed punk rock kids and skaters?

snorkelingsarcosuchus [8:53 AM]
That’s a good point.
That was the result of deliberate marketing. But do you think they couldn’t have pulled it off badging those cars as Toyotas?
I’m not really criticizing them. I’m wondering.

ben [8:57 AM]
Well, at the time Toyota’s entire marketing direction was dependability. The average age of buyers was approaching Buick levels.
They needed something that would shake things up, and I think Scion did that. There were many non-traditional advertising methods, like pop-ups in hip areas of big cities and music festivals.

snorkelingsarcosuchus [8:58 AM]
That’s the narrative, with data on age to back it up.

ben [8:58 AM]
I’ve never seen a car company advertise like that. I don’t know if it would’ve worked with the Toyota brand.
Imagine if Buick all of a sudden started doing that. It would ring hollow.

snorkelingsarcosuchus [9:00 AM]
But I’d say even around late 90s, when I was coming out of high school in SoCal, kids still worshipped Japanese cars. Even if most of it was off the earlier momentum.

ben [9:00 AM]
I don’t think it was about THOSE kids. Nothing in Scion’s original lineup was performance oriented.

snorkelingsarcosuchus [9:00 AM]
I think in market like that, they could’ve maybe pulled it off w/ just Toyota if they catch lightning in a bottle.
Yeah, true.
I think that was why I wasn’t really convinced. Some of it was ostensibly performance oriented tho.

ben [9:03 AM]
The kids you’re talking about made tuning Japanese cars cool. But there were plenty of others who wanted in on that scene (thanks to F&F) but didn’t really love cars. They just liked the rebellious and individualistic aspect of modding. Those were the ones who flocked to Scion. The early modded xAs and xBs were really just forms of expression, with nothing performance oriented about them.
I do think Japanese automakers could have totally captured that market, but they are dumb. Look at Honda in the 90s. They never once acknowledged the loyal following they had.

ben [9:04 AM]
Nissan could have owned drifting when it first came to the US, but Ford spotted something cool and ran with it.

snorkelingsarcosuchus [9:04 AM]
Around the time Scion started, it wasn’t too late to salvage that.
And in my head, I was thinking, “why are they doing this instead of salvaging their legacy?” I wasn’t thinking about marketing or anything like that.

ben [9:06 AM]
Yeah, me too, but the cars Toyota were introducing as Scions weren’t heritage at all. It was just a way to sell compacts to kids.

snorkelingsarcosuchus [9:06 AM]
In fact, I and a few friends went to see them when they first came out.
I loved the xB, which was so tiny, I looked like a giant standing next to it. And one of my friends said to another, the tC is perfect for your (50-year old) dad.
I guess my point is that Scion felt like a marketing people’s lineup. And what they created was a pretty good marketing exercise. To me, it was akin to the MINI scheme.
But had they been able to pull the same thing off w/ just Toyota, the impact now would be much greater.

ben [9:11 AM]
Yeah, I think we’re arriving at the same intersection.
The Japanese automakers totally ignored the goodwill they had with the tuner community in the 90s. Subaru and Mitsubishi were the only ones that listened and they brought over the Evo and STI.

snorkelingsarcosuchus [9:12 AM]
Yeah.
That was pretty great.
It was like all of a sudden, our dreams came true (w/ those cars).
I remember Toyota did kinda try w/ just Toyota.
I have this brochure w/ MRS, Celica, and something else that was very “youth-oriented.”

ben [9:14 AM]
Speaking of Subaru, they are a good example of what we are talking about. They have two completely opposite demographics on lock — the granola, gay-friendly, outdoorsy treehuggers, and on the complete other end of the spectrum, tattooed bros that love burning fossil fuels.

ben [9:16 AM]
The Venn diagram of those groups is probably just two circles.

ben [9:16 AM]
But somehow Subaru pulled it off. I guess Toyota could have attempted something like that.

snorkelingsarcosuchus [9:17 AM]
That would’ve been cool.

permalink.
This post is filed under: jnc and
tagged: scion, toyota.