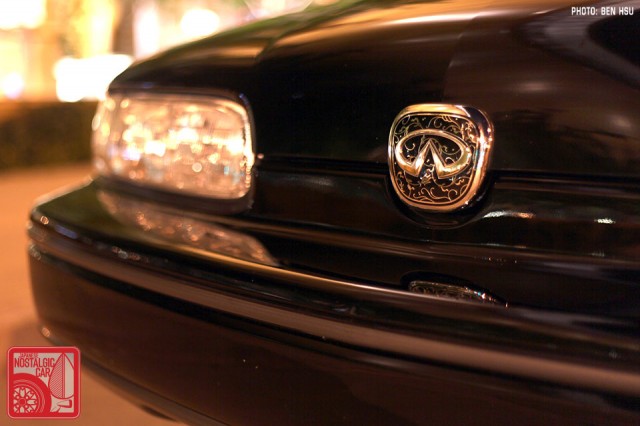 Infiniti launched exactly 32 years ago today, on November 8, 1989. To mark the occasion, the company has released an 8-part documentary on the origins of the brand. What’s unusual about this series is that there is almost no footage of the cars themselves, no clips of engineers at drafting tables or designers molding clay. It’s just one guy, Dean Leathers, a member of Infiniti’s launch team in the 1980s, talking about the old days. And yet, it’s still interesting.

In part one, Leathers sets the scene of what the 1980s luxury landscape was like. You had Mercedes, Jaguar, and BMW as the major players (Audi, Aston, Maserati, etc. were niche brands), and Cadillac and Lincoln on the American side. That was about it, and Nissan saw an opening to introduce not just a new car, but a new type of company into the mix.

Leathers was part of what was called the Horizon Task Force. They studied the luxury car market, and the likelihood of American customers accepting a high-end car from Japan. According to Leathers, before the 1980s, quality and customer care were not high priorities in the industry. Car purchases were adversarial, so Infiniti took a page from Japanese custom and began treating buyers not as piggy banks, but as guests.

Unlike, say, Lexus, Infiniti took a uniquely Japanese approach. Leathers says they didn’t want to try to out-German the Germans or out-British the British, but instead embodied the Japanese principles of minimalism. He cites the Q45’s lack of a wood-grain dash as an example. They didn’t want to put in wood just because all the other luxury cars had it. The move proved controversial, and turned away some buyers.

The next video goes into the origins of the Infiniti name and logo. The dealership, too, had Japanese aesthetic that Leathers calls “elegant simplicity”. They wanted the cars and showrooms to look understated, not in your face. Whereas competitors had large chrome grilles and brightwork all over, the Q45 stripped out all the unnecessary bits.

Of course, all that minimalism received a very mixed response when it manifested itself on the Q45. The subtlety was not appreciated by many luxury buyers. They wanted the large grille simply because every other car had a grille, Leathers said. The Q45, he explains, was not meant to be a car to satisfy all buyers, which would have diluted its ethos. He also explains how he was one of the very first people to drive a Trial One Q45 prototype at Nissan’s Tochigi test track at triple digit speeds.

Finally, it was time to launch. The debut took place on November 8, 1989. Those who remember the TV ads back then will recall that they never showed the actual car. Instead, they portrayed images of nature — water, birds, leaves, etc., an effort to link the brand to the Japanese zen philosophies — which once again confused many buyers. Leathers says it generated curiosity, which perhaps it did, but the average American buyer was probably not tuned into Japanese imagery at a time when sushi restaurants were not yet in every American mall.

Throughout the series, Leathers emphasizes Infiniti’s “human-centric” philosophy. Mazda is currently using the term in heavy rotation, but it’s not quite the same thing. In Infiniti parlance, it describes how customers — er, “guests” — are treated with utmost respect.

For example, as Leathers explains in the previous installment, Infiniti was probably the first dealership to have a greeter, so customers weren’t bombarded by vulture-like salesmen as soon as the stepped foot into the showroom. And that was built into the architecture of the sales room. There were shoji screens and a zen contemplation area in each dealership, with cars displayed museum-like, allowing customers to experience the car without high-pressure sales tactics.

Finally, the series closes in on the concept of loyalty. Leathers says the industry is pushed towards certain behaviors because of the way data was kept. Typically, loyalty meant buying the same brand twice in a row. For Infiniti, they wanted to develop a personal, emotional trust with the buyer that extended beyond just two purchases.

The documentary focuses heavily on the customer service aspect, a topic Leathers is constantly circling back to. We wish it delivered more about the engineering, performance, or design of the cars themselves. But, overall the videos are still worth a watch in order to understand what Nissan was up against, and just how much thought goes into a car (and brand) beyond just the building of it.

permalink.
This post is filed under: Anniversaries and
tagged: infiniti, nissan, Q45.