Posted on September 2, 2020 by Ryan Senensky 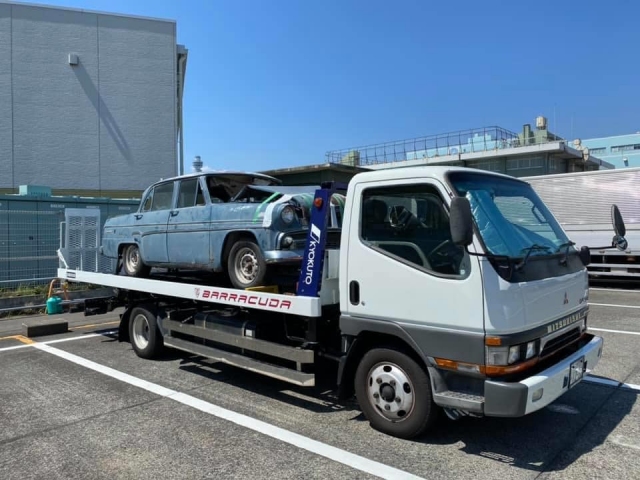 A few months ago a super-rare left-hand-drive 1960 Prince Skyline was found in an Idaho junkyard waiting to be scrapped. We immediately helped spread the word, and pretty soon the ALSI Skyline was purchased by a buyer in Japan, someone who reportedly had a few other Prince-era Skylines, with plans to restore it. Now, the car has landed on the other side of the Pacific and we are happy to tell you that the story gets even better. 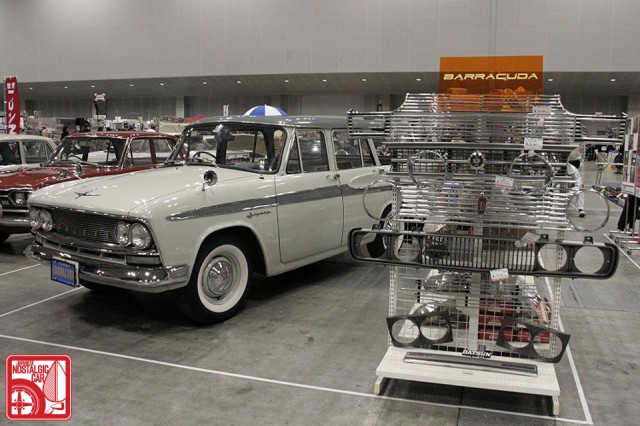 The Conclusion to our junkyard USDM Skyline story came when friend of the site Alexis Campos, who discovered the Skyline initially, provided an update showing the vehicle had safely arrived on Japanese shores. After a surprisingly quick journey, photos of the car being loaded onto a Mitsubishi Canter flatbed were posted to the Utah Japanese Classic Cars Facebook page. 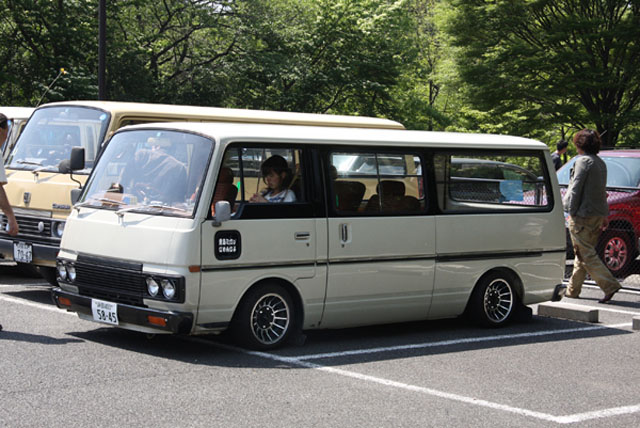 As you can see from the sticker on the side of the flatbed, the new owner is none other than the shop Barracuda, a specialist in early Nissan and Prince vehicles. We have featured their cars on several occasions, including their Prince Skyway station wagon and E24 Nissan Caravan. 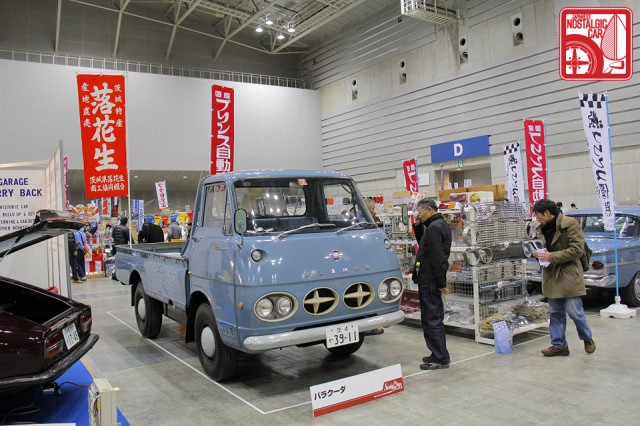 If there’s anyone with the ability to restore the LHD Prince back to its original glory, it’s Barracuda. Hell, they have a Prince Clipper shop truck. It’s no small task, as our original post showed the car in very poor shape. And seeing as the car was on its way to becoming several new washing machines, this is the best possible outcome we could think of. We hope to see it at a show in Japan someday.

Thanks to Alexis Campos for the heads up!

permalink.
This post is filed under: for sale and
tagged: ALSI, barracuda, clipper, prince, skyline, skyway.