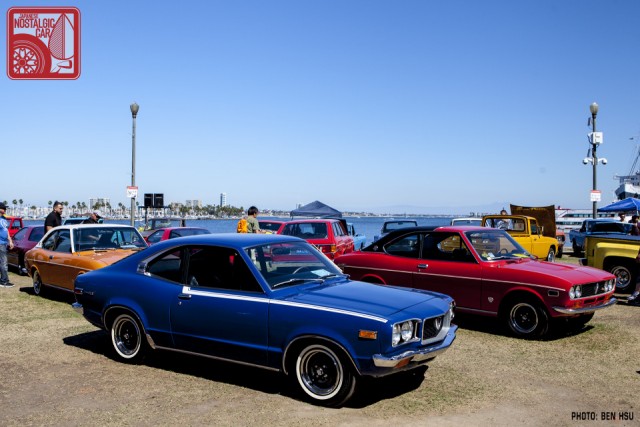 No one that walked through the Japanese Classic Car Show last weekend could have missed the astounding collection of half a dozen classic rotaries parked on the Queen Mary lawn. Each one was more pristine than the next, as if we had jumped a few decades back in time only to land in a Mazda showroom. Turns out, the cars belong to Abel and Elvis Ibarra, brothers who built a legendary rotary racing empire. 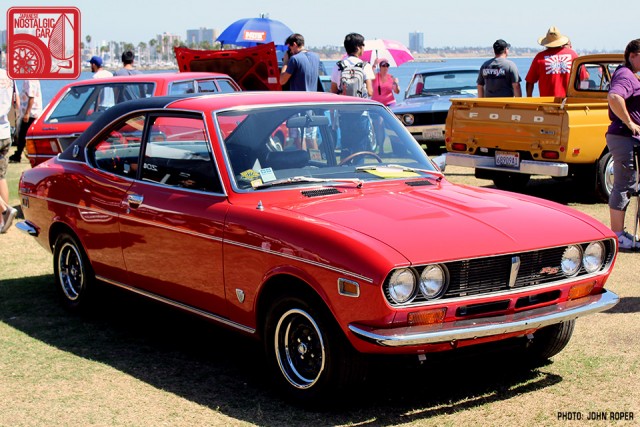 Remember when import drag racing was the thing? Not a thing, but the thing? Long before Americans knew about time attacks, drifting, or the idea that a Mazda could be a classic, the “tuner” scene was entirely about living life a quarter-mile at a time. 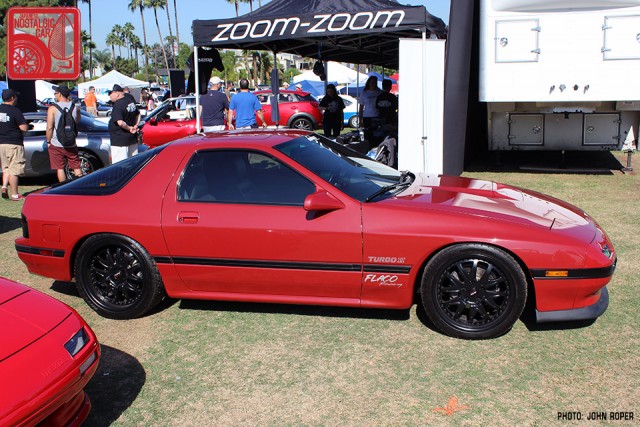 For those who remember that era, when “imports” — a term used to separate Japanese cars from domestics and Euros — were still trying to prove themselves against V8s at the strip, Abel Ibarra should be a household name. From his Flaco (“skinny” in Spanish) Racing garage, Ibarra quashed all doubts when his tube-framed FD RX-7 made it into the record books for being the first import to break the 7-second barrier. The pro car he began his career in, a Mazda R100, was the first import to be inducted into the Wally Parks NHRA Motorsport Museum. 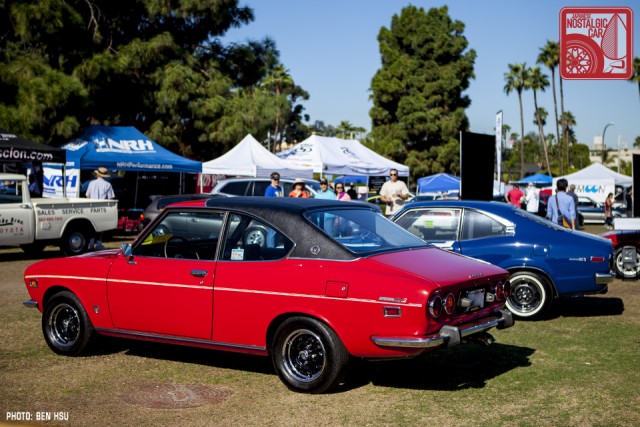 In a 2005 interview with Rotary News, Ibarra revealed that his first car was not a rotary, but a Ford Capri. However, after losing several races to a Mazda, Ibarra bought one himself, an RX-2, tuned it, and “made a name for himself on the streets.” Now, after a long and successful career built on the Mazda rotary, it only makes sense that Ibarra would spend the fruits of his labor on a world-class collection of classic Hiroshima steel.

We first saw Abel and his brother Elvis’ RX-2 twins at SevenStock last year. The red one appears stock, but is technically a resto-mod with a turbocharged 13B under the hood. Apparently, the brothers didn’t think the car was clean enough for a restoration, but from where we stand it’s one of the most beautiful and clean RX-2 bodies we’ve seen. 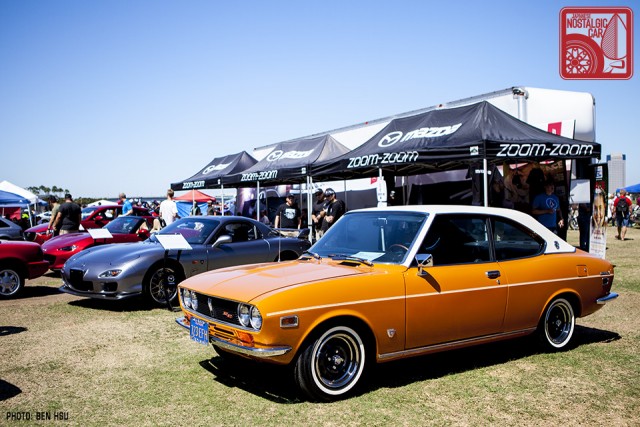 It’s only when you compare the red car to Elvis Ibarra’s orange RX-2 that you understand what clean enough means to the Ibarras, though. A true little old lady car, it was purchased from the first owner in Reno, Nevada.

According to Elvis, everything is original except for the tires. It even still wears the original license plate frame from Reno Mazda, the dealership that installed its white vinyl roof over 40 years ago. It is flawless in every respect. 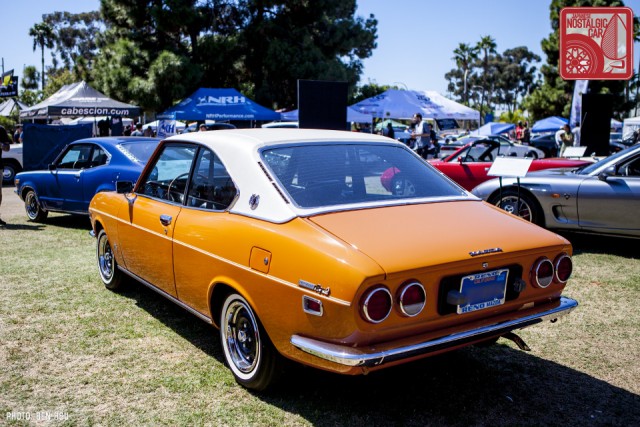 “I want to buy this car for our collection,” said Jeremy Barnes, head of Mazda USA’s PR office. He had wandered over from the official Mazda booth nearby to gaze upon its gorgeous apricot lines. We don’t blame him one bit. 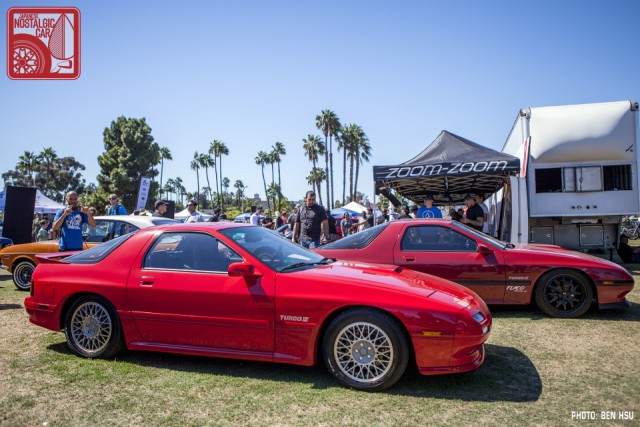 Abel also owns a pair of FC RX-7s,and like the RX-2s, one is a modified and one is bone-dead stock. Abel prefers the cleaner lines of the Series 4 (1986-88) RX-7, and so he built the spoiler-less dark red one as a subtly tuned sleeper. While the earlier 13B turbo has about 20 fewer horses than the later Series 5 motor, we don’t think that’s really be a problem for someone that built a 1,500-horsepower drag RX-8.

On the flip side, Abel’s Series 5 is one of the most incredibly clean FCs we’ve ever seen. It’s an unrestored survivor, right down to the Full Circle Service sticker in the driver’s side window. 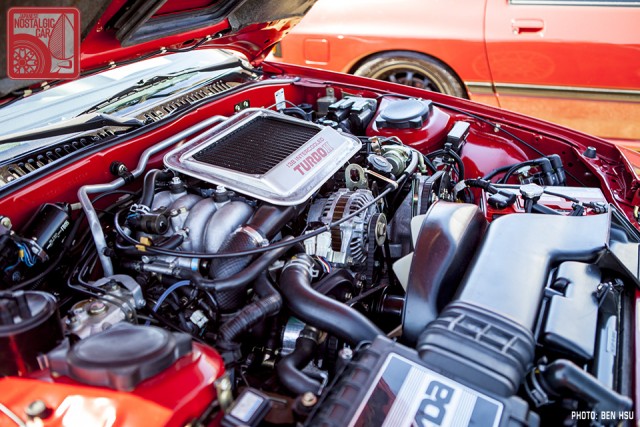 Take a peek under the hood to understand just how immaculate it is. The Mazda decal on the air cleaner box is still glossy, the various engine components have the correct amount of luster, and none of the hoses or zinc have lost any of their color. It’s as if it came right off the lot. 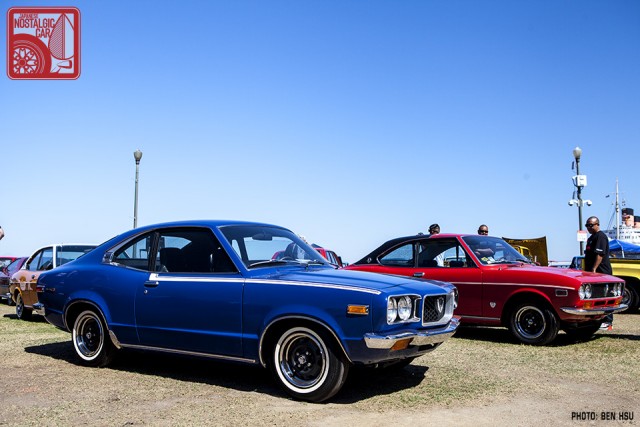 If your jaws aren’t completely dragging on the ground yet, they will be. Ibarra’s RX-3 is perhaps the finest example in the country. All Mazda RX-3s are rare, but the pre-facelift ones are even more so. Because of their lighter weight compared to other early RX models, most RX-3s have been modified or gutted for racing.

Few pristine examples remain, and even fewer with this one’s pièce de résistance — the original Mazda inspection tag! Reading simply “engine OK,” the tag has been stamped with a factory inkan to indicate that the 12A motor passed quality control back in Hiroshima. 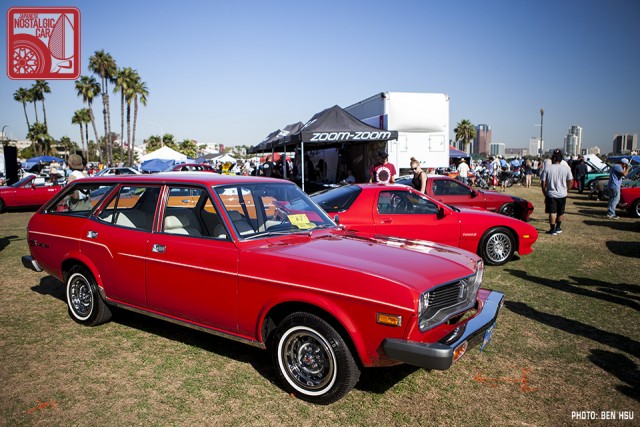 All of the cars so far have been stunning in their impeccability, but for this lover of both RX-4s and wagons, it’s the last one takes the cake, the candles, and all your birthday wishes. 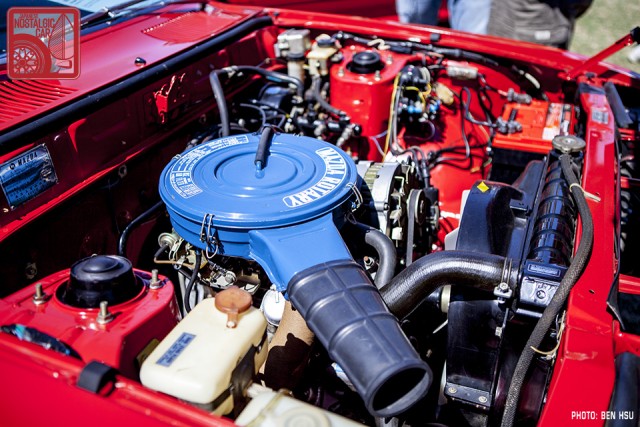 The story behind it is just as amazing as the car itself. A true barn find, the RX-4 was discovered on a rural estate in Oklahoma (or was it Arkansas? Forgive me, my mind was too busy reeling to remember which state). Anyway, an elderly gentleman bought it, but sadly didn’t get to drive it much before he passed away. His wife then parked it in a barn, threw four car covers over it and let it sit there for decades. Today, it still has only about 14,000 miles on the odometer. 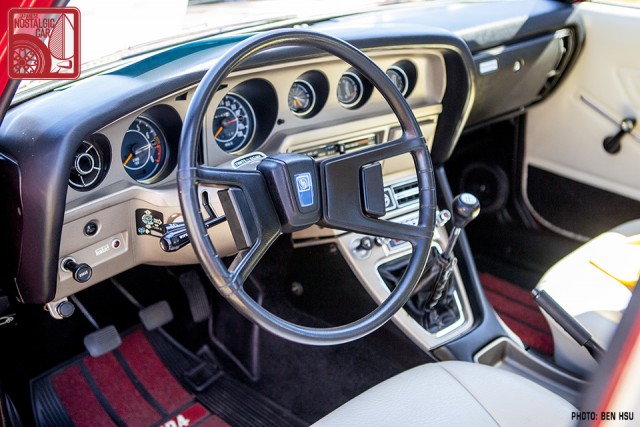 Among automotive journalists, there’s a game to spot the most ideal combination of obscure but admirable traits no longer found in new cars. Car hipster bingo, if you will. A manual transmission, rear-wheel-drive station wagon with a rotary engine? In this game that’s like owning hotels on both Park Place and Boardwalk.

I had to summon all my willpower not to run off with its rotary-shaped keys, which still retain the color-matched, jewel-like ornamentation around their classic “M” logos. The rear bench seat still had a crisp-as-new folding instruction tag. It was perfection in automotive form. 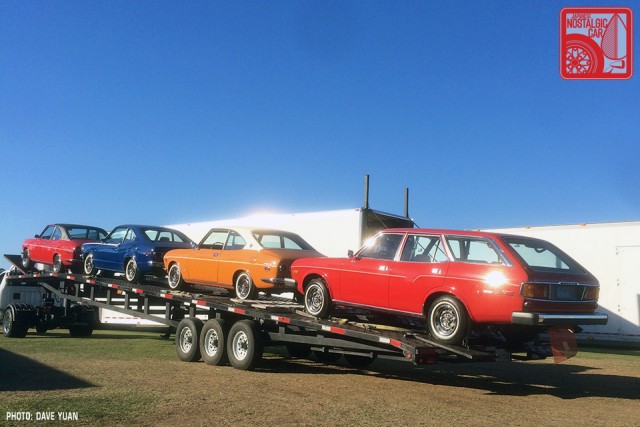 We hope more gems like these will be unearthed and cared for, as their presence made this year’s Japanese Classic Car Show one of the most memorable in recent years. In a sense, the Ibarras’ arc from street racer to competitor to professional builder to collector mirrors the maturing of the Japanese car world. We’re just glad they’re not calling them “imports” anymore.