We at JNC are proud to present the latest Hot Wheels car to bear our inkan logo. The red Datsun 620 is the third recolor of a casting so popular some has built a life-size replica of it. This was actually leaked a while ago, so it’s safe to show you our samples fresh off the assembly line. 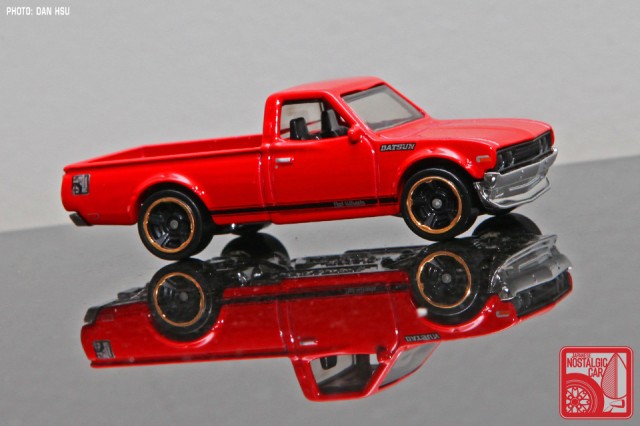 Unlike the orange and blue ones that preceded it, this version wears the more modern MC5 wheels. Orange and blue were classic 620 colors, so the traditional 5-spoke wheels were a good fit. With gold lips and blacked-out spokes, we think the MC5s add a bit of sporty flair to the sleekly styled mini-truck. You’ll notice also that the chrome bumper and spoiler piece is a darker shade of chrome than the others as well, adding to the racy look.

Detail-wise, both the Hot Wheels logo in the rocker stripe and JNC logo on the bed have a silver backing to make them stand out a bit more. Like the orange one, the raised “DATSUN” across the tailgate is black. 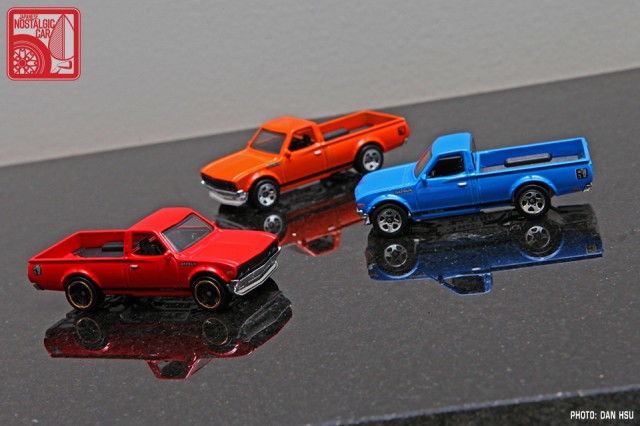 Once again, a big thanks to Jun Imai and the entire team at Mattel for making this happen. We’ve had our logo appear on quite a few cars now — including the Celica, hakosuka Skyline, Mazda RX-7 and AE86, but it never gets old. Look for production versions to hit the shelves in about two months.