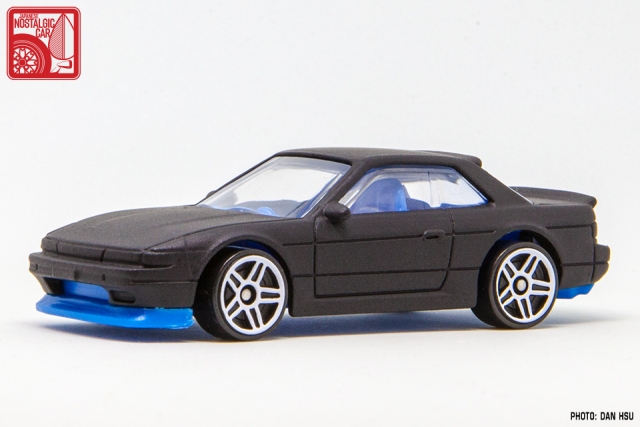 The hits keep on coming from our friends at Hot Wheels. Having successfully gotten a couple of iconic 90s Hondas into the 2020 lineup, it’s now time for another Nissan. While Skyline GT-Rs were nice, this car was emblematic of not only the everyman’s Nissan, but the larger late 80s and 90s tuning culture as a whole. It is, of course the S13 Nissan Silvia. 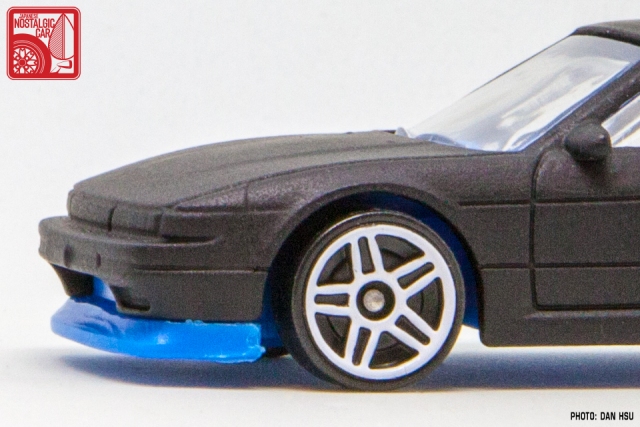 From drag to drift, the S13 Silvia did it all. Staunchly rear-wheel-drive when front-drive sport compacts were all the rage here, the S13, or 240SX as it was known in the US, sailed under the radar as largely until the boom in drifting arrived in full force. 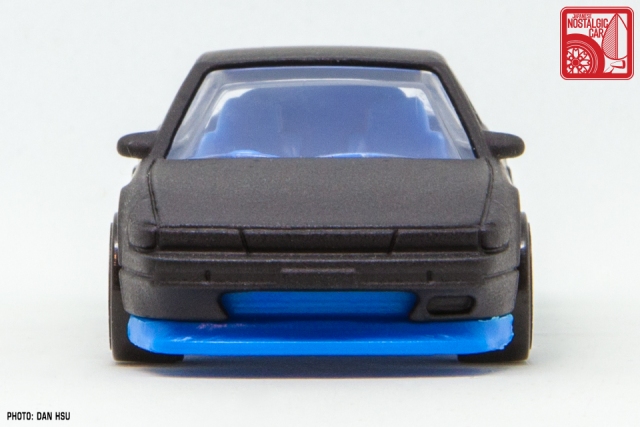 Suddenly so-called secretary’s cars were getting bought on the cheap, swapped with SR20s, fitted with mismatched wheels, and slid into walls across America. 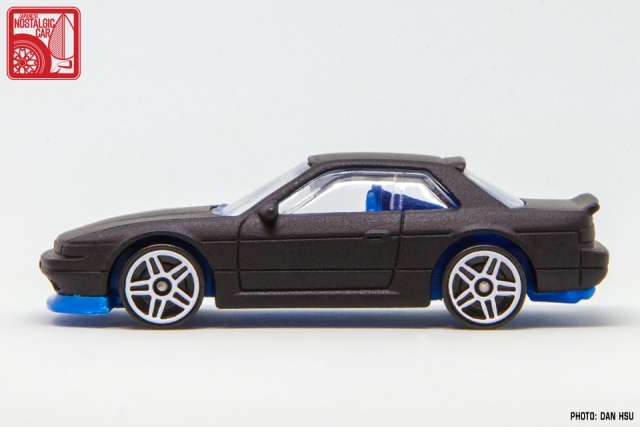 Though the cars were all called 240SX in the US, regardless of whether they were coupe or hatch, in the Japan there was a clear distinction. The Silvia had the exposed headlights and notchback, while the 180SX had the fastback. 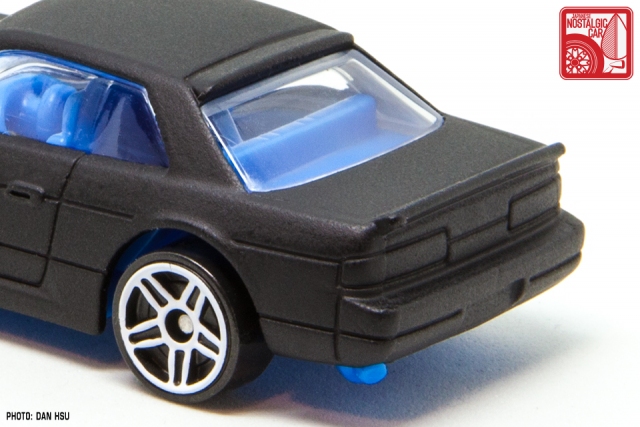 Of course, hot Wheels already made the 180SX, thanks to the talented hands of designer Dmitriy Shakhmatov. Here, Dima revisits the S13 chassis, and does an excellent job of integrating the roof, rear, and front lip spoilers. There’s a hint of side skirt molded into the body, and the pièce de résistance, an angled rear muffler mounted like a proper outlaw drifter. 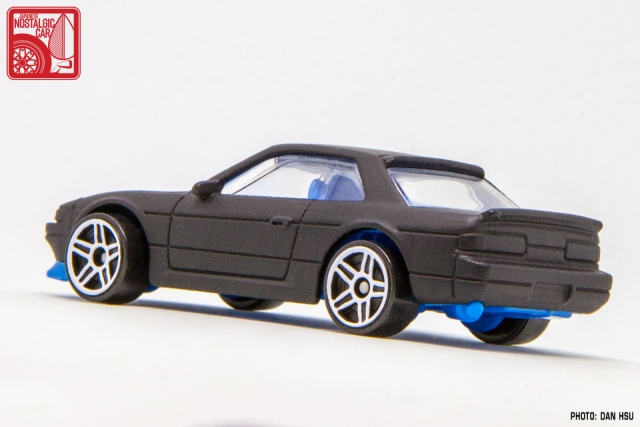 Though this is a flat black painted prototype, it’s clear the casting will share an aggressive stance like its chassis sibling. The first release will be a gray version with KW graphics and a Dai Yoshihara collab to debut at SEMA.