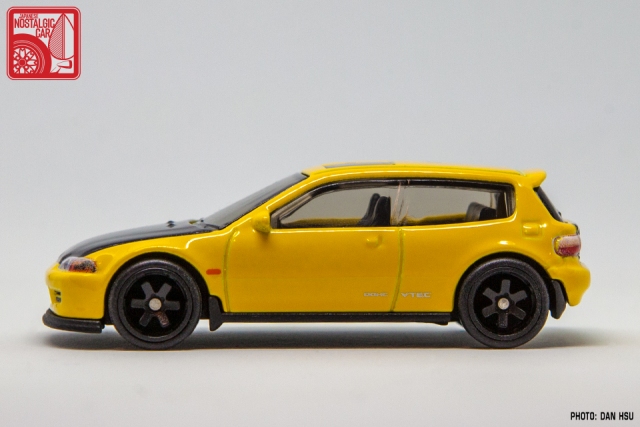 The Hot Wheels Honda hits just keep on coming. The latest diecast incarnation of a quintessential 90s Honda is the EG Civic hatch, a tuner favorite and yet another Japanese icon that was incredibly difficult to come by in miniature form. 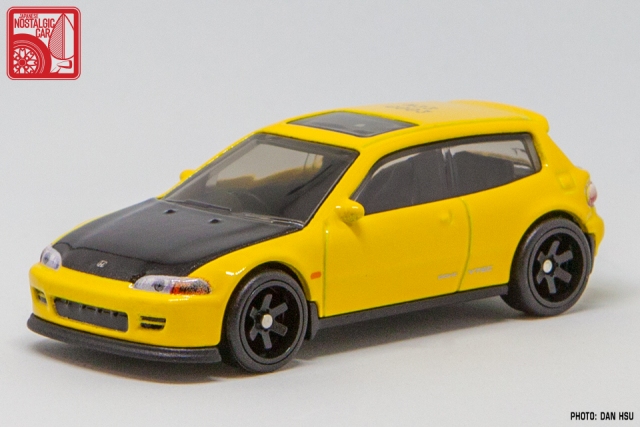 We’ve mentioned the trials and tribulations required to find a fifth-generation Honda Prelude in 1:64 scale, but it was understandable because the Prelude wasn’t as common or popular as some other cars of the Tuner Era. However, the EG Civic was everywhere, which makes its absence in diecast form all the more puzzling.

Perhaps it was the difficulty in getting the proportions right. “Trying to scale it down wasn’t easy,” Hot Wheels designer Ryu Asada told us. “I didn’t want to tweak it as much as I did with the EF, but had to a bit due to the wheel sizes.” Ryu did manage to capture the lines and essence of the EG hatch quite beautifully, though, complete with front lip spoiler and mudflaps cast into the chassis. 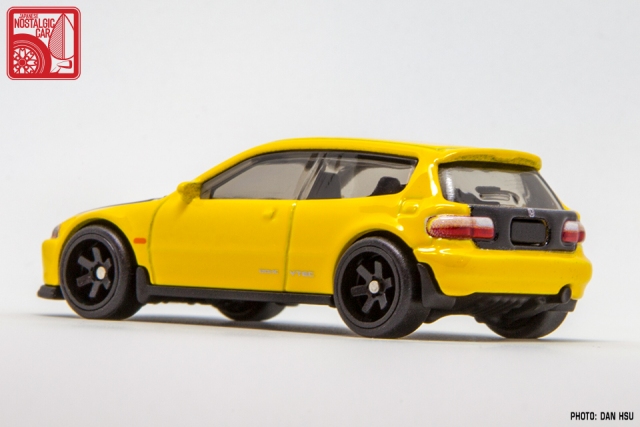 The EG will appear in 2020 as a premium casting with metal chassis, part of an entertainment line based on the Fast and Furious movies. Only eagle eyed viewers may remember the yellow Spoon Civic appearing in a brief funeral scene. For those who want to rip them down some orange track, fear not. Though Mattel cannot officially say yes or no yet, it’s a pretty safe bet it will probably make its way to the mainline with a plastic base.