MINICARS: So Hot Wheels went and made a dekotora… 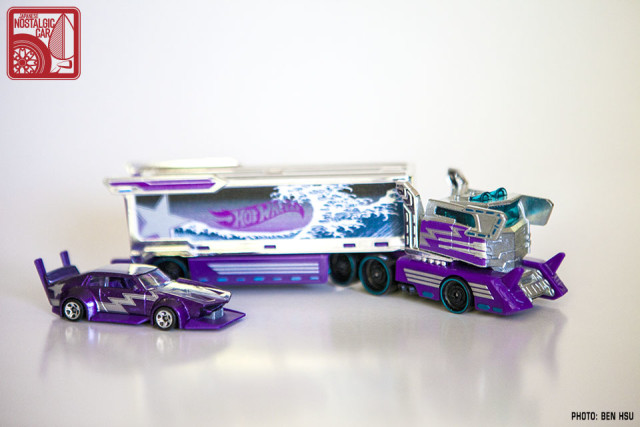 Normally even the most hard core Hot Wheels collectors are happy to pass the tractor trailer sets onto their kids, but fans of Japanese steel are going to want to keep their eyes peeled for the latest rig. Because Hot Wheels has gone and done the unthinkable — it has made a dekotora. 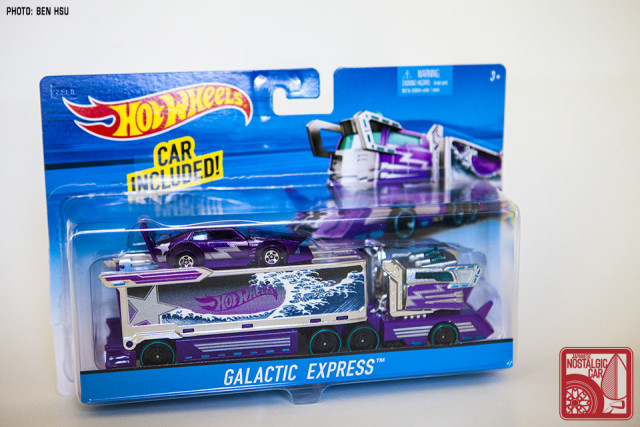 That’s right, folks: Japan’s outrageous tradition of trucking excess has crossed the Pacific and made its way into the most American of children’s toys. Though it is never officially described as a dekotora — Mattel chooses to call it the Galactic Express — a “decoration truck” is clearly what it is. 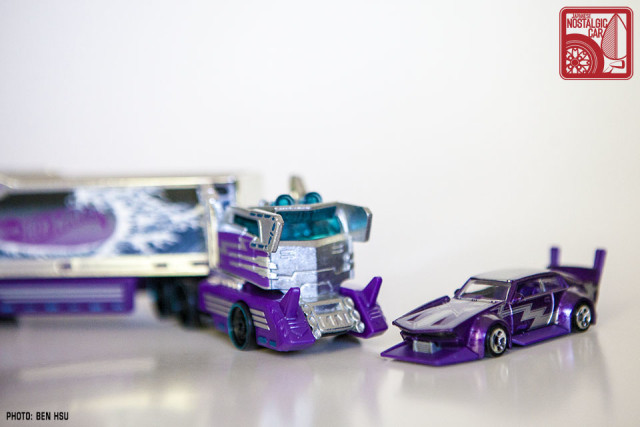 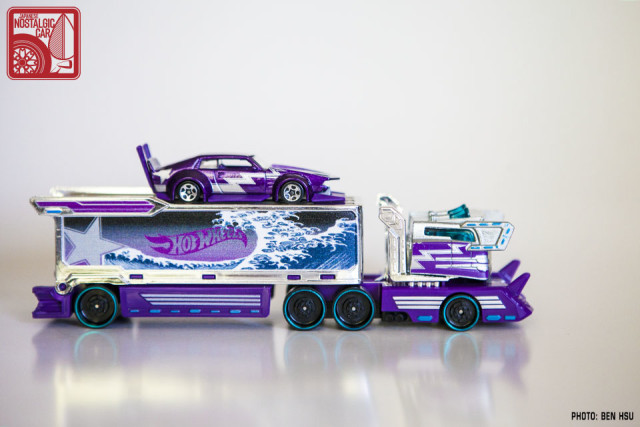 Check out the front deck massive front bumper, front deck above the cab, and jutting C-shaped side mirrors — all hallmarks of the dekotora. There’s excessive amounts of chrome,and even a Hokusai wave mural on the trailer 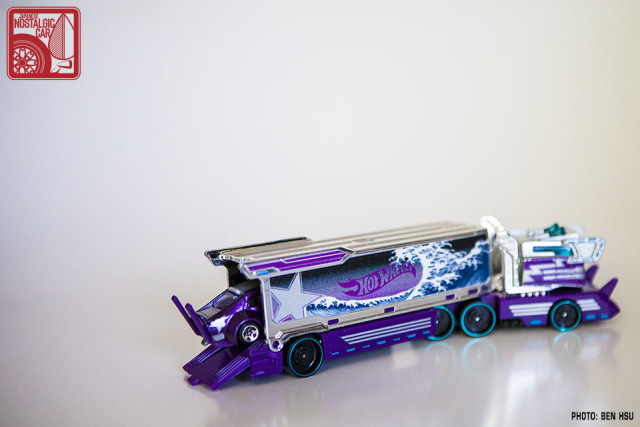 And if there was any doubt, the regular Hot Wheels car that it comes paired with is the bosozoku-inspired Mad Manga, a car we were equally stunned by when it debuted in 2011. It’s even painted in the original colors of the original 2011 release. 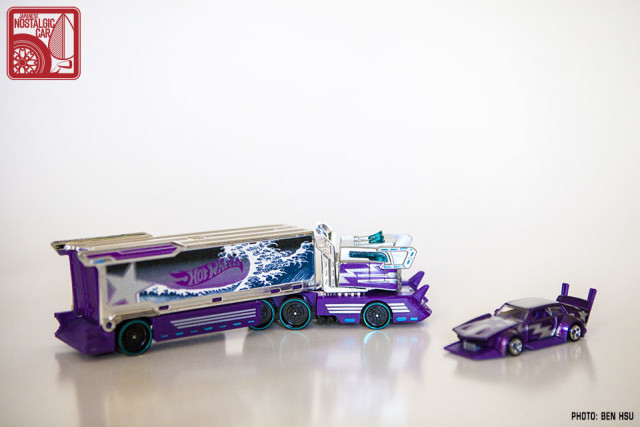 In fact, the going price for a first edition Mad Manga retails for about $30 nowadays. That makes the Galactic Express set, which retails for about $7, an absolute steal. Plus, this is one for the true JDM enthusiast. Since it’s not a licensed OEM model, the speculators and scalpers have yet to catch on, but that won’t last forever. Consider this your notice. Now go find one while you can.

11 Responses to MINICARS: So Hot Wheels went and made a dekotora…