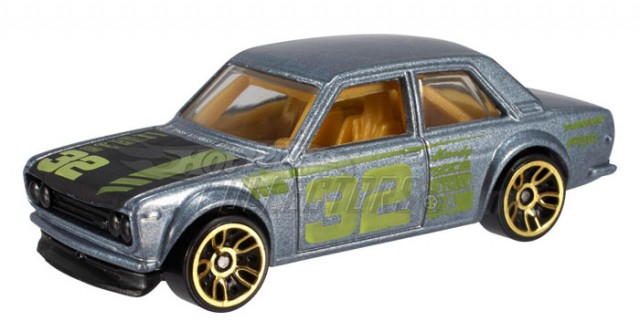 The latest iteration of Hot Wheels‘ ever-popular Datsun 510 Bluebird is going to be metallic gray. It has the same graphics as the red one that came out late last year, but racier wheels. It’s still part of the “Faster than Ever” line with nickel-plated axles and should be on the shelves in mid-February.

We recently got some details on what’s coming down the pike from Mattel in terms of Japanese nostalgic cars, and although we can’t share anything with you yet… let’s just say you guys are going to lose your collective poo. There’s some surprising non-Japanese, non-muscle vintage goodness as well, like the BMW 2002. The Bimmer is new for 2012, which means that once again, the Datsun has beaten its old rival to the punch.