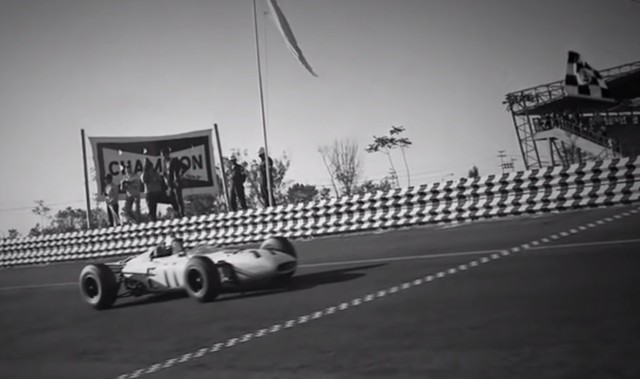 Fifty years ago, on October 24, 1965, the Honda RA272 crossed the finish line at the Autódromo Hermanos Rodríguez in Mexico City to clinch the company’s first Formula One victory. The effort began in May 1962, and it was said that when Soichiro Honda gave the order that the newly formed auto company would compete in F1, his staff turned to each other and asked, “What is F1?” They hadn’t heard of it before, and it would be five months before Honda released its first passenger car. Three years later, they had taken a checkered flag in the world’s most competitive motorsport.

permalink.
This post is filed under: motorsport and
tagged: Formula One, honda, ra272, soichiro honda.