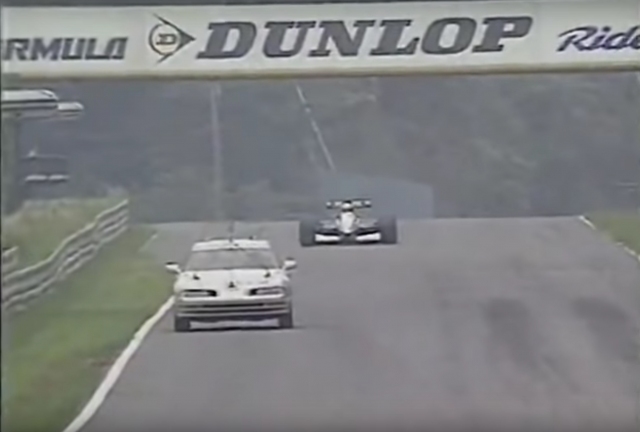 “How would a 1990s Formula 1 car stack up against a contemporary sports coupe of the era?” is something you were surely pondering over your Corn Flakes this morning. Luckily, a pair of Hondas answered this exact question back in 1992 at Suzuka Circuit. A then-new fourth-gen Prelude, used as a pace car at the Honda-owned track, was pitted against a Tyrrell 020 powered by a RA101E Honda V10, and that was just one of the reasons it was an unfair fight.

To tip the scales even further, the Prelude was driven by singer-turned-race car driver Masahiko Kondo. Though respectable in a few touring car races in the 80s, he didn’t stand a chance against pro F1 driver Satoru Nakajima. The pairing was so lopsided that Nakajima has time to go back to his pits to pick up the gloves that he “forgot,” catch up to the Prelude on the final straight and pass it like it was standing still. He repeats the feat again on the second lap, and though it is completely staged it’s still entertaining nonetheless. Even though he is a legit driver and now team owner, Kondo was a teen heartthrob first so many of the comments aren’t kind to him. “Even if they swapped cars Nakajima would still win,” one says. Ouch.