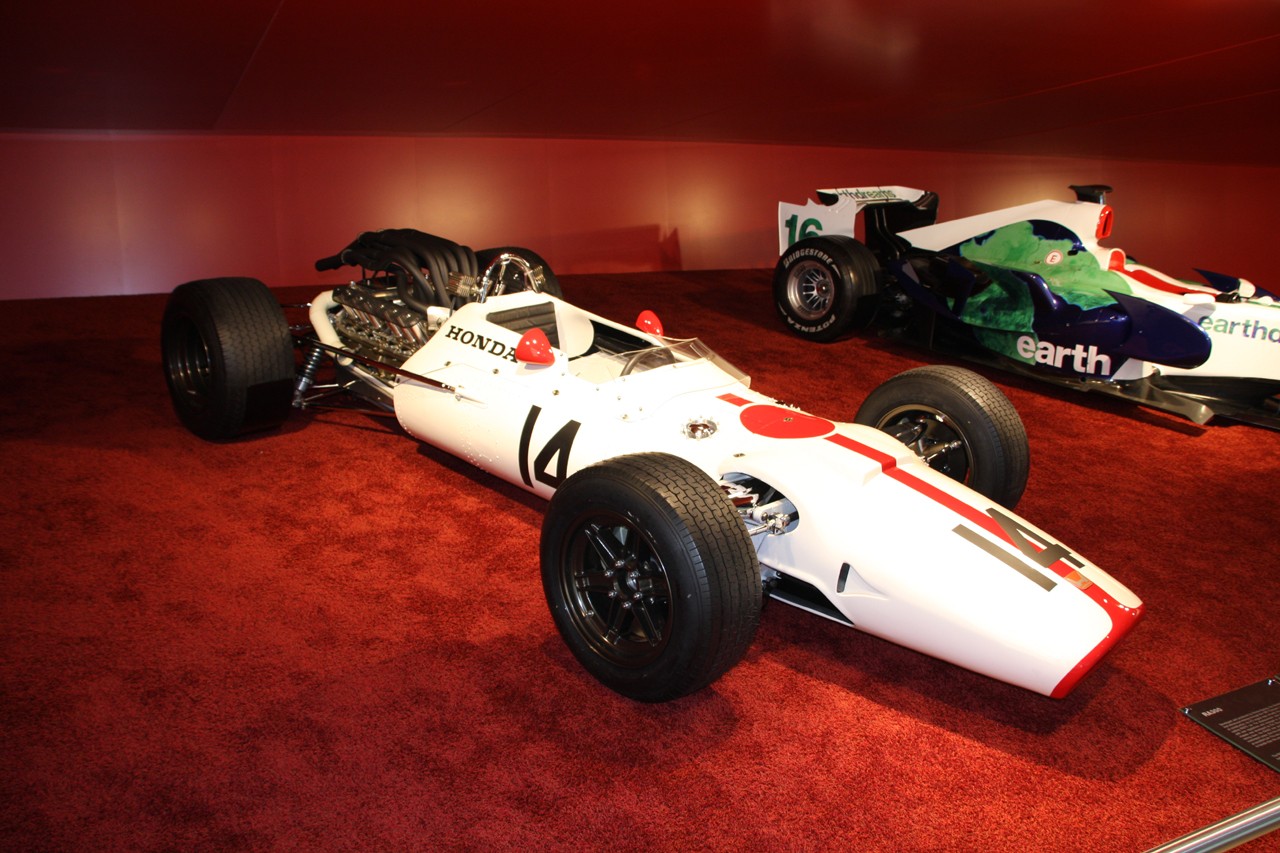 Sigh. We wish we had the budget to head over to Switzerland. We’d love to attend the glitzy shindig known as the Geneva Motor Show (which is going on right now), sample some Swiss chocolate, and visit the Swiss Toyota Museum while we’re at it.

Alas, we have neither the time nor the funds, so we’re living vicariously through our buddies at Autoblog, who snapped some cool photos of Honda F1 racers, old and new. In the sixties, Honda had a knack for coming out of nowhere to take checkered flags, and this RA300, driven by John Surtees in its inaugural race at the 1967 Italian Grand Prix, was no exception. Not bad for an automaker who had only debuted their first car four years prior. Unfortunately, Honda hasn’t been quite as successful in recent years, but the company hopes the new RA108 will change its fortunes for the upcoming year. Maybe by placing the two machines side by side, they’re hoping the RA300’s aura will rub off.