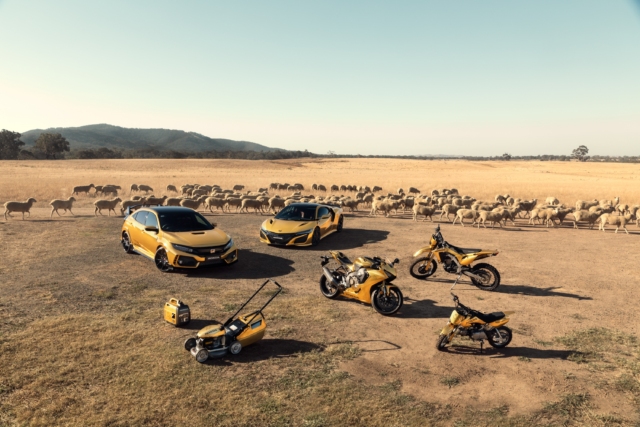 On February 4, 1969, Honda established an official subsidiary in Australia. Honda Australia was founded for the purposes of selling cars, but naturally Honda’s expansive lineup of thoughtfully engineered motorcycles, power equipment, and generators soon spread across the continent like rabbits. To celebrate its 50-year anniversary, Honda Australia created a fleet of golden examples of its high-performance machines. 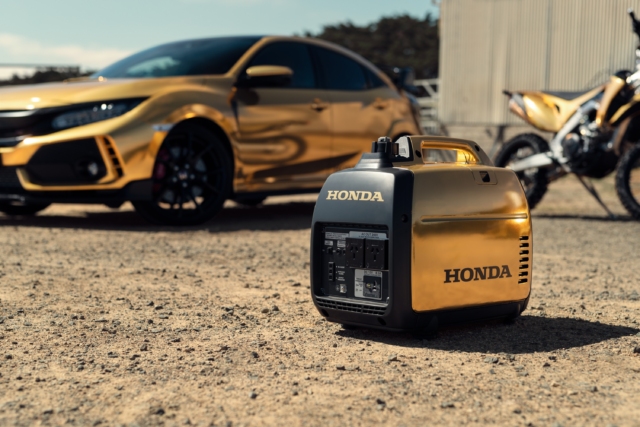 Although various private importers had been bringing Honda products into Australia since the 1950s, it all became official when Hidehiko Shiomi set up  Melbourne to set up Honda Australia in Melbourne.

To celebrate half a century since, the company produced gold vinyl-wrapped a new NSX, Civic Type R, CBR1000RR Fireblade sportbike , CRF450L enduro, CRF50F kids’ bike, a HRU19 Buffalo lawnmower, and an EU22i generator. Though striking together against the Australian landscape, individually they probably couldn’t pass the douche test, so it’s probably good that they are one-offs are not for sale. See more photos below. Happy 50th, Honda Australia. 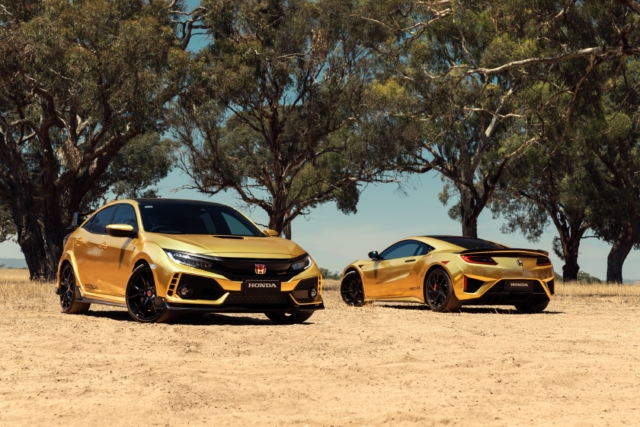 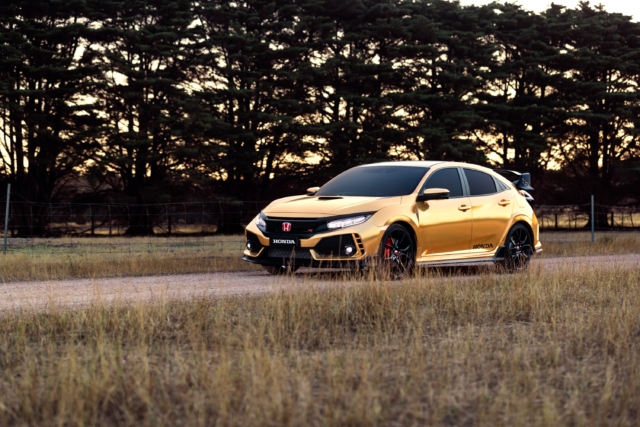 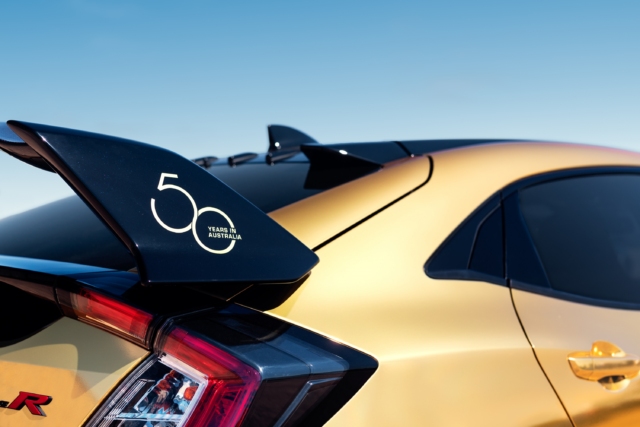 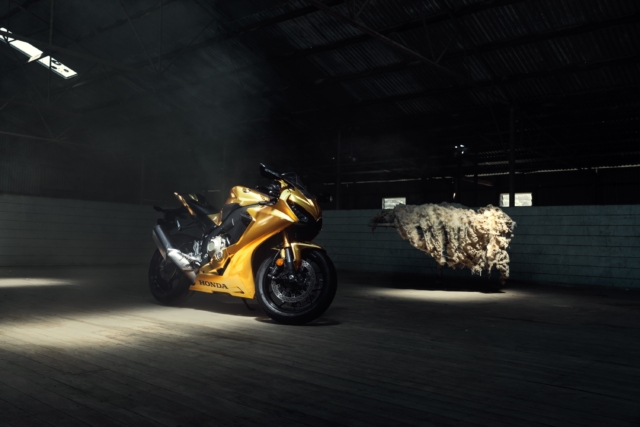 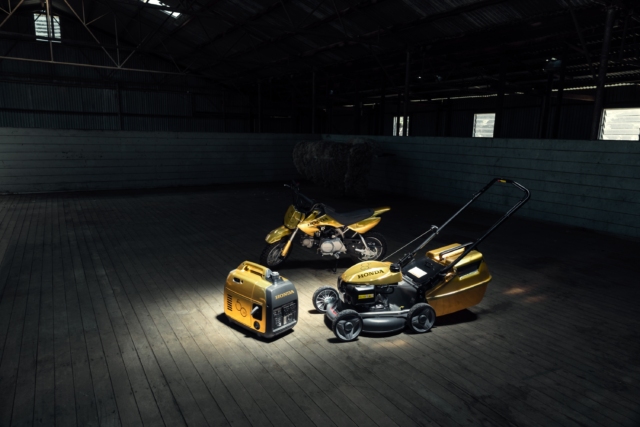 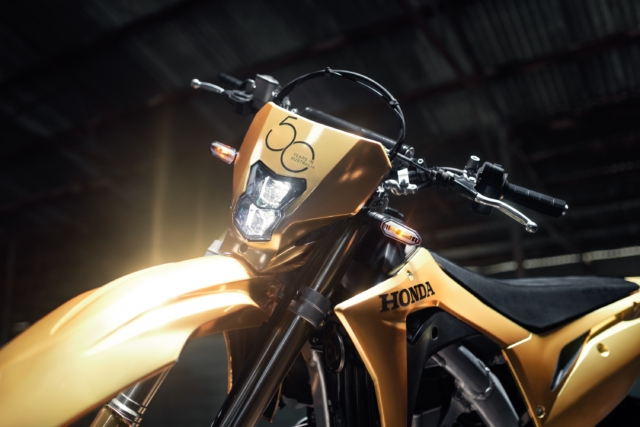 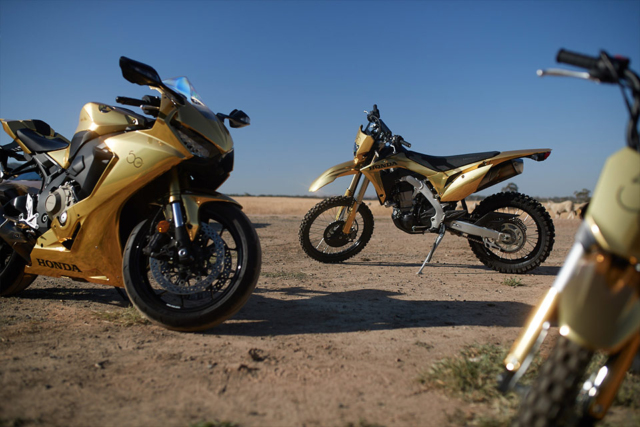 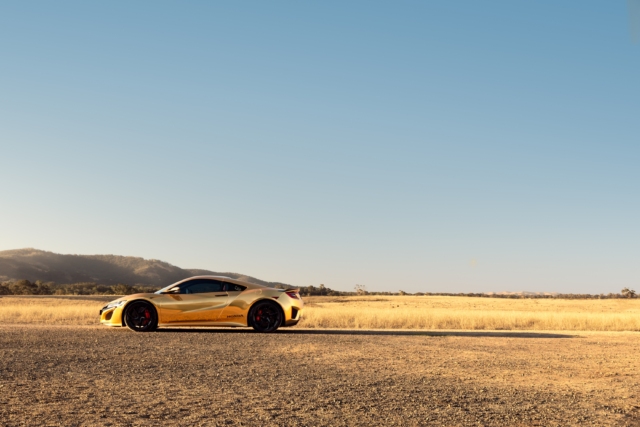