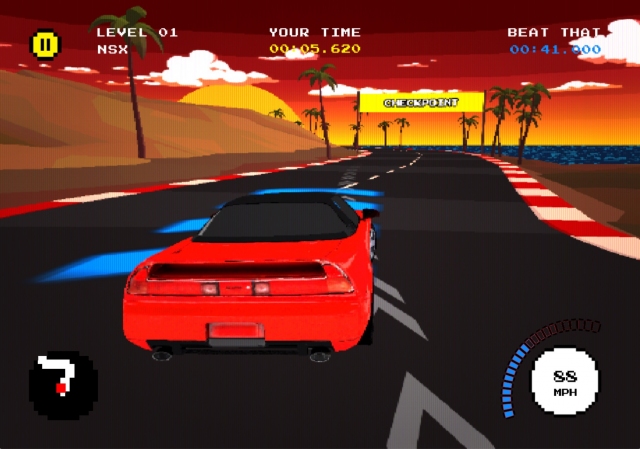 We pooh-poohed Acura’s “Beat That” ad when it came out last October. A video game based on that spot, though? Well, that’s just undeniably cool. Here’s how you can play. 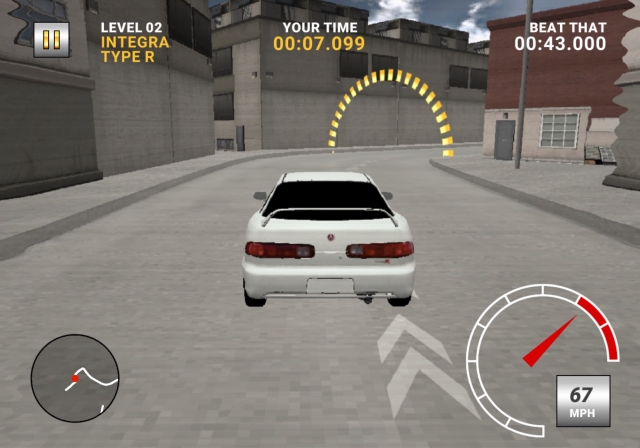 The game is completely web-based, available for a variety of platforms including your computer or mobile device, or Facebook. There are six levels, each with a different playable car. Each one features graphics that mimic those from games made when that car was new.

So for example, Level 1 features the original 1990 NSX in a Rad Racer-esque landscape called 8-Bit Beach. If you can beat the level under a certain time, you can advance to the next one. Here are the six cars and levels:

As with all arcade games, there’s a leaderboard. You can challenge leaders, which will overlay a ghost version of their car on the level as you play. Or just talk some trash and challenge your friends. It’s a fun way to kill some time and you won’t feel guilty about crashing a real NSX into a palm tree.

2 Responses to PIXELATED: Acura video game matches its graphics with the car’s era