Consider the Following: The third-generation Honda Accord is a great buy 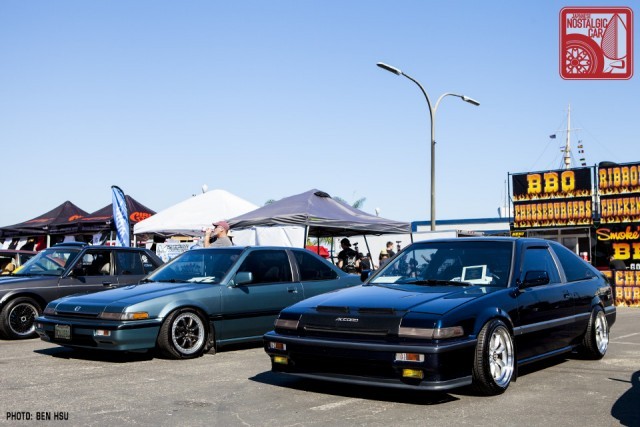 With the prices of the most popular models entering unattainable status for a lot of younger JNCers, we felt it necessary to highlight some painfully overlooked — often for no good reason at all — yet still affordable (for now) nostalgics. Consider the following: The CA Honda Accord. 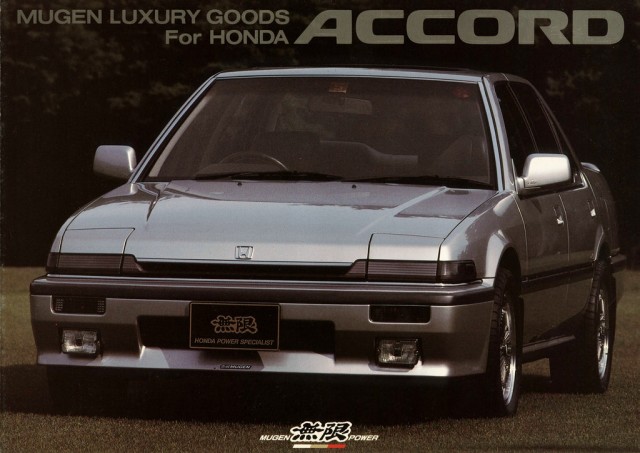 The third-generation Honda Accord, known as the CA chassis, was produced between 1986 and 1989. The second-gen Accord may have been the first Honda built in the US at the company’s then-newly finished Ohio plant, but the CA was the first Japanese car designed and built in America for the American market.

It was then reverse exported to Japan where it became extremely popular at the time, especially in coupe form. Mugen even had a swath of aftermarket goodies available, from exhaust to body kits. However, despite its popularity in Japan and within the 80s American mini-truck scene, the car was largely forgotten during the sport compact golden era of the 90s. 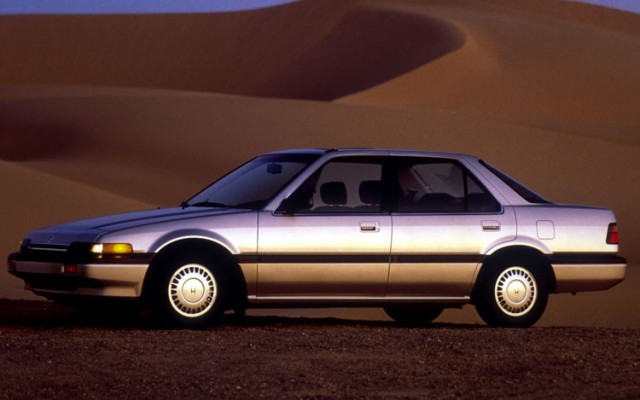 Aesthetically, this chassis was the only Accord graced with the greatest design cue of all time: flip-up headlights. The poppers were used by designer Toshi Oshika to develop a more sleek “California” look, which does lead the car to be one of the most attractive Accords to date.

In addition to looking good, it allowed the hoodline to be cut significantly and dropped the drag coefficient down to just 0.32 Cd, putting it on par with Toyota Supras of the time. Unfortunately, the A20-series 12-valve engine wasn’t up to the performance the bodywork eluded to, and turned in quarter mile time in the 18-second range. 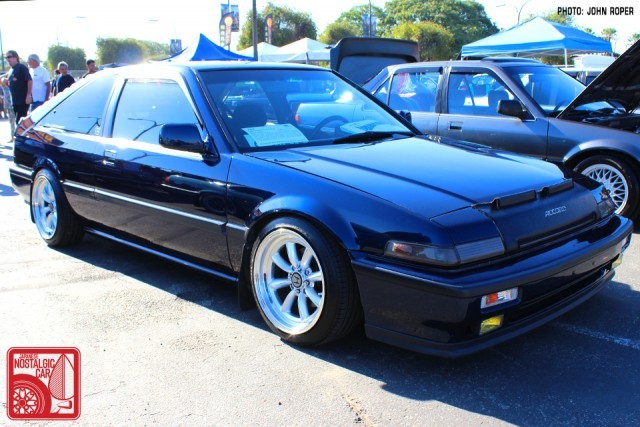 Although on par with competitors such as the Subaru GL and Toyota Camry at the time of release, by the end of the generation even a base model Civic would have bus lengths on it in a quarter mile drag. Luckily, the car sported an impressively low curb weight of 2,529 pounds (compared to 2,800 pounds for its successor, the more popular CB generation).

With the parts interchangeability of Hondas, performance modifications can be made easily. For carbureted models, a simple Weber or side-draft carburetor swap from a Prelude can make a noticeable gain in horsepower, and Bisimoto offers custom camshafts for carbed and fuel-injected versions as well.

The fuel-injected models can easily be differentiated from the carbed models by their trim level, which is denoted with a “-i” at then end (i.e., LX-i). These add a much needed 20 horsepower. 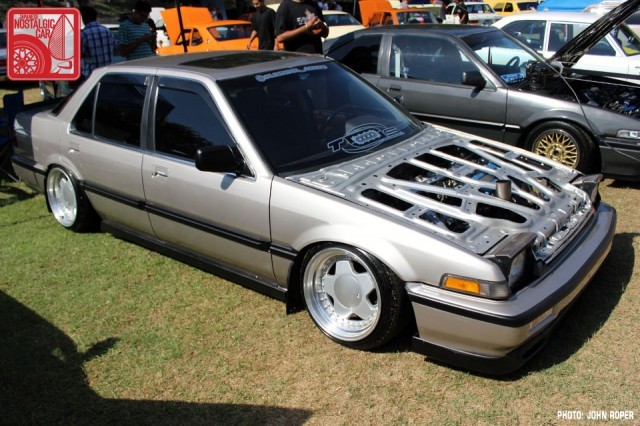 Like most Hondas, engine swaps are a significantly more popular choice, as seen above on Adan Reyes’s GSR turbo-swapped sedan. If you’re lucky enough to get a fuel-injected model, it is entirely a bolt-on affair, thanks to Innovate’s B series swap mounts.

Wiring isn’t much of an issue either, since there are a number of conversion options, from adapters for an OBD1 ECU swap onto the original chassis to wire-tucking engine harnesses.

If you’re not interested in engine performance as much and just want something that is a blast on curvy canyon roads this car is still a great option. It predates the Civic’s double-wishbone suspension by two years. Brakes, suspension and even whole trailing arms can swap over, making aftermarket support some of the best for any JNC. The Japanese models even included a digital dashboard. 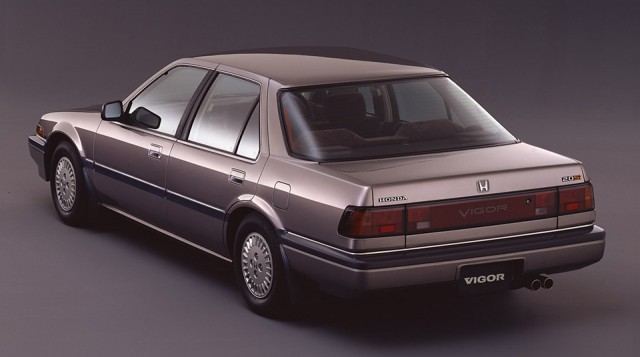 For those who are too big of a hipster to sport a plain ol’ USDM version, the first generation Acura Vigor was based off of this chassis. Assuming they can be found, a set of bar-style taillights will swap right over onto a sedan. 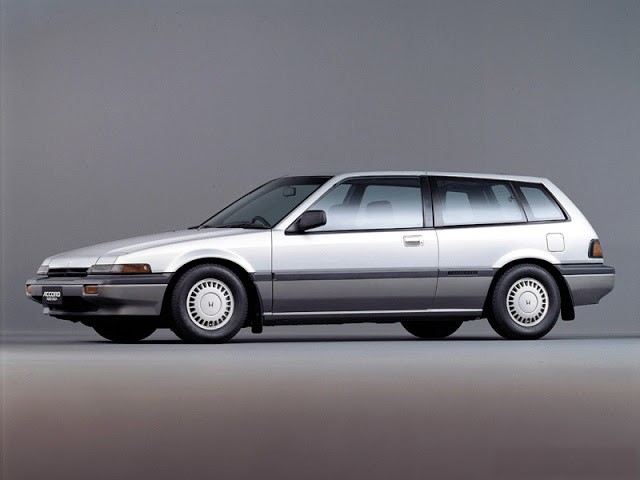 Furthermore, if a hatchback more of your style, Honda even released a shooting brake body style in Europe called an Accord Aerodeck, which is considered the most desirable of the generation.

Of course, the long-time bane of the Honda community is ease of theft. While it’s mostly Civics and Integras drawing thieves trying to extend their criminal records, CA Accords aren’t nearly as commonly stolen despite the large parts interchangeability with more popular chassis. 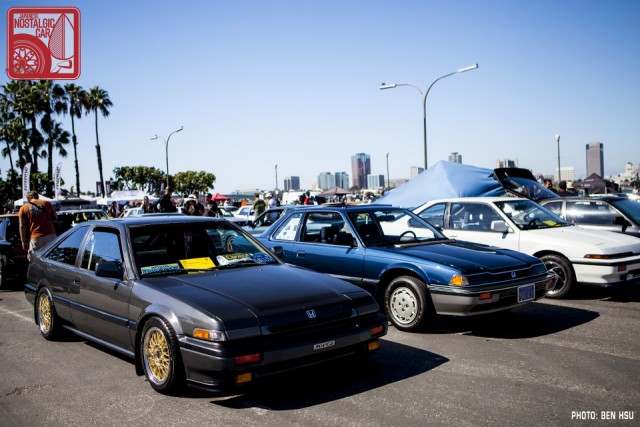 Due to being criminally overlooked during the 90s and 2000s Honda craze, a clean example can be found in fair condition, often for under $2,000. Both carbureted and fuel-injected engines are plenty reliable even if underpowered, but be weary of vacuum leaks on the cacophony of lines coming from the intake. If you can find an SE-i, you’ll be graced by not only fuel-injection but leather interior trim, alloy wheels and rear disc brakes. It makes a great Japanese nostalgic daily driver, or an excellent Honda project if every Civic and Integra in your area has been stolen nine times over.

permalink.
This post is filed under: Consider the Following and
tagged: accord, Accord CA, honda.

35 Responses to Consider the Following: The third-generation Honda Accord is a great buy