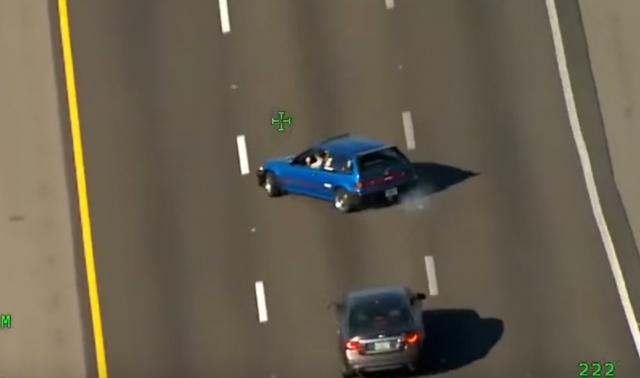 One of my guilty pleasures is watching dashcam and police chase videos. It’s rare though that the subject of the pursuit is one of our own. And by one of our own I mean the enthusiast of an old Japanese car, not someone dumb enough to run from the police. Sadly, the driver of this Civic makes what seems to be a series of poor life decisions, starting with leading police on a long chase that, predictably, ends with the unfortunate Civic damaged and in a ditch.

According to the Volusia County, Florida Sheriff’s Office, the chase stemmed from a simple citation for speeding. After several stop stick deployments, the driver finally loses a tire, loses control, and spins into a ditch.

Why did the driver, identified as 24-year-old Kevin Morales, run? Apparently, he was allegedly driving without a valid driver’s license and the license plates on the Civic weren’t assigned to that car. Now, rather than a few administrative violations, Morales is facing multiple counts of fleeing or attempting to elude law enforcement and reckless driving. Luckily no humans were hurt, but the innocent Civic looks to have sustained some damage.

permalink.
This post is filed under: Video and
tagged: civic, Civic EF, honda.