Renowned tuning house HKS has unveiled a new complete engine solution to bring your 90s-era Nissan straight-six into the modern age. Called the Advanced Heritage concept, it takes Nissan’s tried-and-true RB26 and adds a bunch of modern technologies to improve efficiency and performance. Amazingly, HKS claims that this new setup can push out a reliable 600 horsepower while maintaining an incredible 20 km/l — or 47 mpg! — fuel economy, all while meeting Japan’s latest emissions standards. 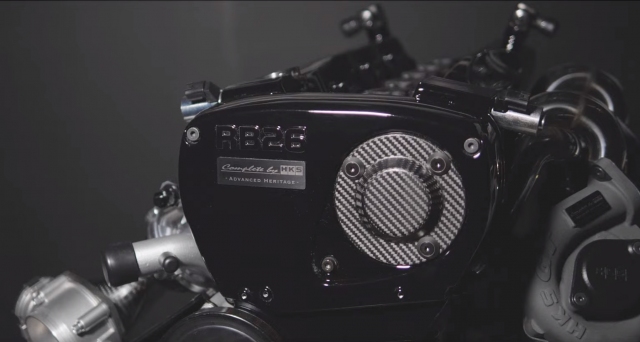 The technologies HKS is applying can be found in the latest production cars today, but were unheard of when the RB26 was new. First on the list is the F1-derived pre-chamber combustion, in which a rich air-fuel mixture is ignited prior to being pushing into the combustion chamber. This allows for a quicker and cleaner burn, raising the compression ratio to deliver more power while using less fuel and reducing emissions.

HKS says the Advanced Heritage engine was based on customer demand. These customers wanted to continue driving a classic like the R32 Skyline but with state-of-the-art performance (and without the guilt that goes along with a inefficient, polluting tuner car). A 600-horsepower R32 would still be streetable and, as the R35 GT-R chief engineer Hiroshi Tamura once told us, the ideal output for his own personal R32.

HKS hasn’t said how much this system would cost, but considering that it can turn any RB26-accepting chassis into a rival for modern supercars in the near-million dollar range, it seems like a pretty good deal.

permalink.
This post is filed under: Aftermarket and
tagged: hks, nissan, rb26.