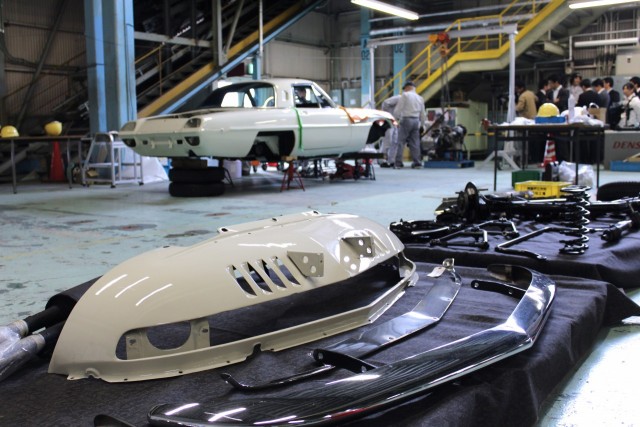 As we reported back in September, last year a group of young Mazda employees and students from the local Hiroshima Technical High School embarked on the restoration of an L10A Cosmo Sports. It was part of an initiative to celebrate Mazda’s heritage as well as its Hiroshima roots, while the high school students got a heck of a summer vacation experience to boot. Here’s an update of the restoration. 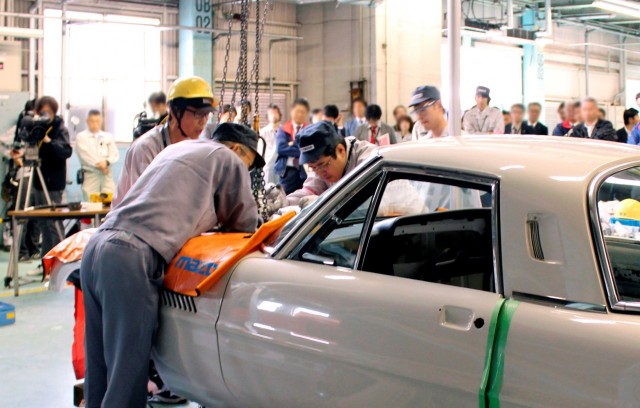 Initiated nearly a year ago, the project has grown from a crew of twenty to involving many departments company-wide as well as outside suppliers.

Besides being a heritage introspection, it was also meant to instill into new and future employees a respect of the craft of manufacturing — through examining and recreating Mazda’s historic halo sports car. In a sense, it was the passing of the torch of Mazda’s spirit and legacy to the next generation. 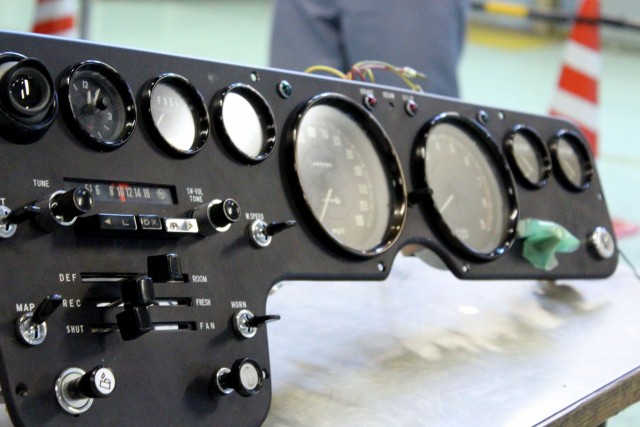 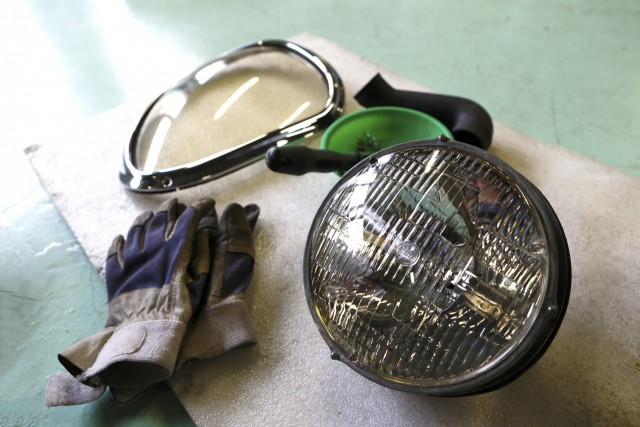 In our last report, the L10A Cosmo — the rare short wheelbase early type, of which fewer than 400 were produced — was completely disassembled, each part meticulously examined, measured, reconditioned, and replaced as necessary. As you may imagine, one of the biggest challenges herein lies in the procurement of replacement parts. Over 250 parts had to be replaced, with many of them having been out of production for over a decade.

The solution? Remanufacture them based on existing parts and drawings! A restorer’s dream and nightmare, much trial and error was necessary to get such parts right to work properly. Fortunately, some of the original parts suppliers during the Cosmo Sports’ production offered assistance for the remanufacturing process. That’s what you get when your restoration job is backed by the mothership. 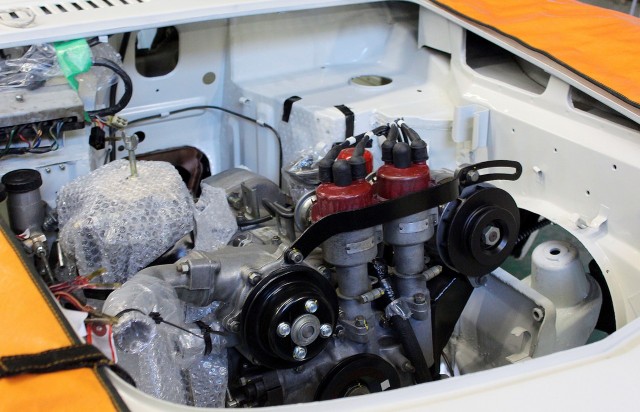 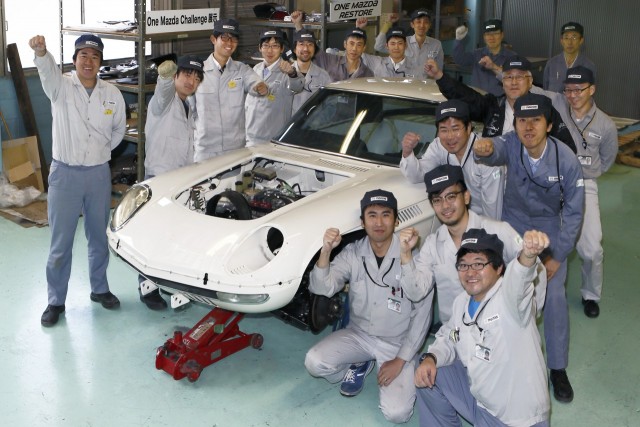 At this point, the 10A engine has been assembled and returned into the car in a momentous ceremony attended by those involved in the project. The crew is currently working on re-installing interior, body, and undercarriage parts. When complete, this should become one of the most meticulous and authoritative restorations of the iconic Cosmo Sports. Or any car, for that matter.

We eagerly look forward to that day and will bring you further updates as they come.

permalink.
This post is filed under: News and
tagged: cosmo sports, hiroshima, mazda.