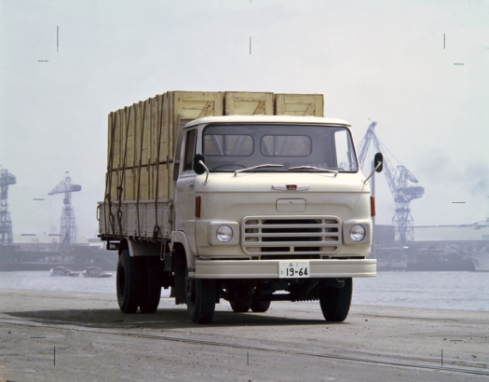 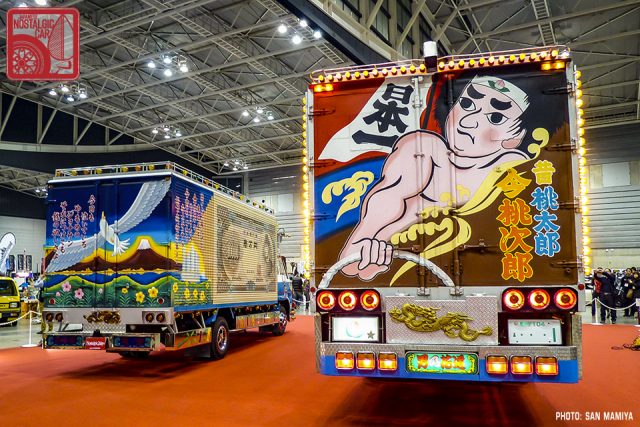 The program launched on November 19, 1968, just a few years after the age of the expressway dawned in Japan. Initially, it was called Hino Dynamic Scope Hashire! Kayōkyoku, a name that lasted until March 1991. From that point on it was called Hino Midnight Graffiti Hashire! Kayōkyoku, loosely translated as “Hino Midnight Graffiti Run! Popular Music”.

The program originally aired Tuesdays through Sundays, from 3am to 5am (essentially very late nights, Mondays through Saturdays). The show had six female personalities, each hosting a different day of the week. At the start, the songs consisted almost entirely of enka ballads, culturally probably most similar to country songs in the US. Starting from the early 90s, the music expanded to include more modern pop songs as well.

In addition to the music, the show was a digest of everything the overnight worker needed to know. Programming consisted of traffic reports, weather forecasts from all over the country, tips on how to prevent tickets and drowsy driving, news headlines, sports reports, and quiz shows. Over the years, several radio theater programs came and went with limited runs. There were even “Drive-In Report” segments where hosts toured the various mall-like highway rest areas across Japan. 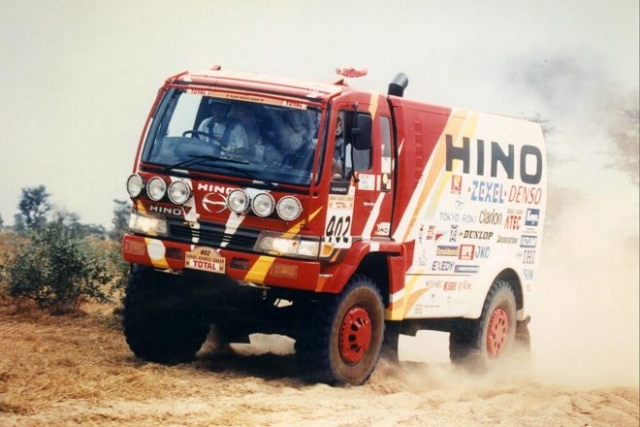 Of course, since Hino sponsored the program for over half a century, many segments promoted the company. Sometimes the hosts visited various Hino dealers and service centers in different regions of the country. The Hino Red Dolphins rugby team was given the occasional spotlight. And, naturally, airtime was devoted to narration of Hino’s activities in the Dakar Rally.

The show became a hit not just among long-distance truckers, but also bus drivers in Japan’s sleeper bus industry and other graveyard shift workers. The show was so popular in its heyday that Isuzu sponsored a similar but competing program called Isuzu Utau Headlight 〜 Cockpit no Anata E 〜 (loosely translated as “Isuzu Singing Headlight — To You in the Cockpit”), which aired on a different station but also Tuesdays through Sundays from 3am to 5am. It lasted from September 1974 to September 2001, canceled as Isuzu pulled sponsorship after many years of financial troubles.

Hino said that the reason for its cancellation of Hino Midnight Graffiti was changing tastes and the fact that smartphone audio has largely supplanted radio programs. Two days before the final broadcast, Toyota, which owns Hino, announced that it would be taking a 4.6 percent stake in Isuzu, worth about $400 million. Isuzu would in turn buy a stake in Toyota worth about the same.

Notably, the move would force Hino to join forces with long-time rival Isuzu. Together, the three companies would share in developing fuel cell and autonomous driving technologies, and control about 80 percent of Japan’s truck market. While the joint venture had nothing to do with the Hino Midnight Graffiti‘s end, both seemed to mark the closing of an era.