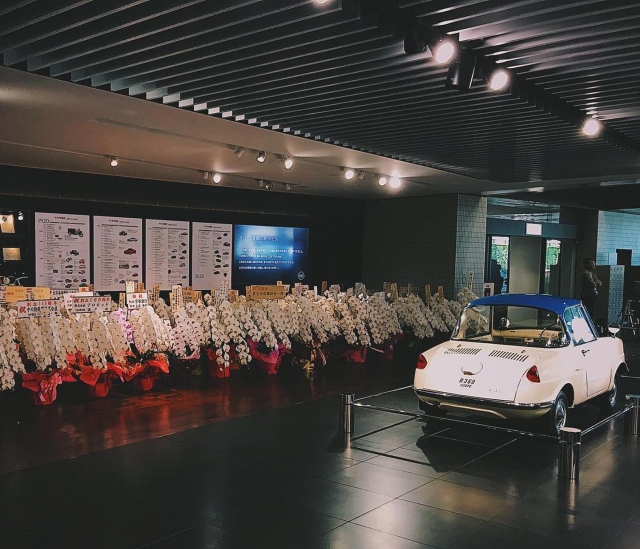 Turning 100 years old is a tremendous milestone for anyone. Mazda celebrated with an understated gathering at their headquarters in Hiroshima. The entrance was arranged with two cars from Mazda’s past, and two from its present. Around them, the lobby was filled with hundreds of white moth orchids. 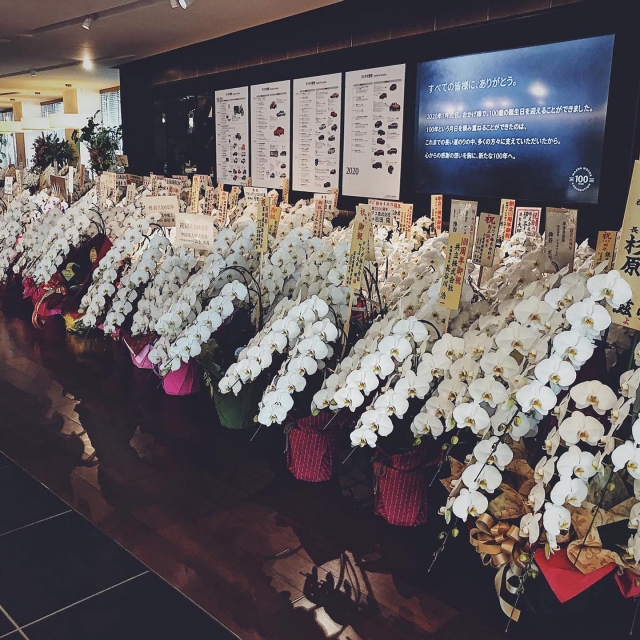 The white moth orchid is the traditional Japanese gift in business celebrations, commemorating the establishment of a company, or when a particular milestone is achieved. Each potted arrangement costs about USD $200, and became a de rigueur business gift during the 80s Bubble Economy because the flowers grow in the same shape and size year round. In fact, these blossoms are now so ingrained in the country’s business culture that it is said the sales of white moth orchids can be used to determine how well Japan’s economy is doing. 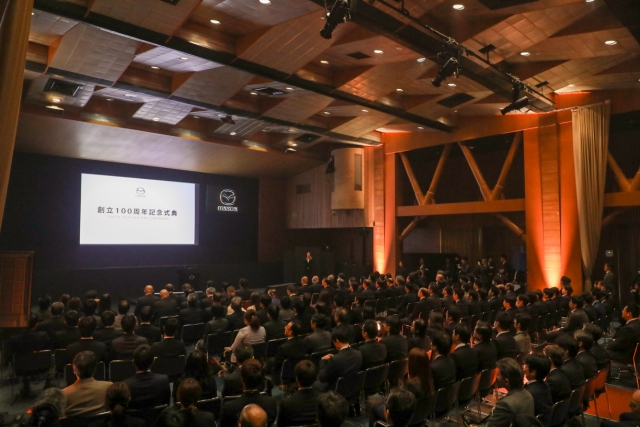 In the morning, a small gathering of 500 employees listened to a speech delivered by CEO Akira Marumoto. An English translation of his main comments are as follows:

Mazda originated as a company producing cork and then took the path to manufacturing automobiles. Now, our cars have found friends with many customers from over 130 countries and regions. We would like to express our sincere appreciation to the customers, dealers, suppliers, business partners and the local community, who have supported us over the years through good and bad times, to whom we owe our 100 years of existence. As we look ahead to the next 100 years, we will continue to put people first and cherish our ‘uniqueness of co-creating with others.’ As we strengthen co-creation and cooperation with all those connected with the company, we will continue to challenge ourselves to create unique products, technologies, and experiences that our customers love. 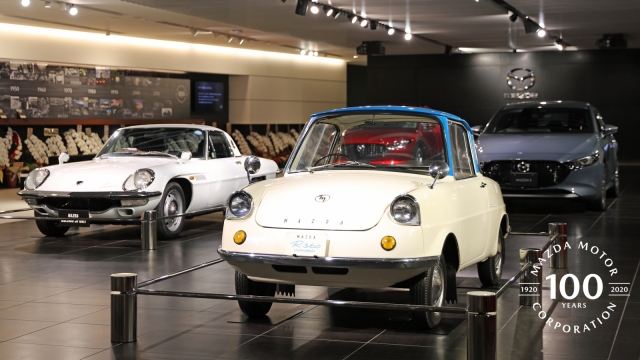 The cars in the lobby included a cute little two-tone blue and white Mazda R360, a long-wheelbase Cosmo Sport, a new Mazda3 in Machine Gray and a CX-30 in Soul Red Crystal.

Though this was an internal honoring of the occasion, Mazda plans to hold a global celebration at the Geneva Motor Show in March, and will then host a Mazda Open Day for the public at their Hiroshima headquarters May 22-24. Though nothing more was announced, you can probably expect a few more events throughout the year as well, hopefully including the US. [UPDATE: We have received word from Mazda North America that there are events planned.] 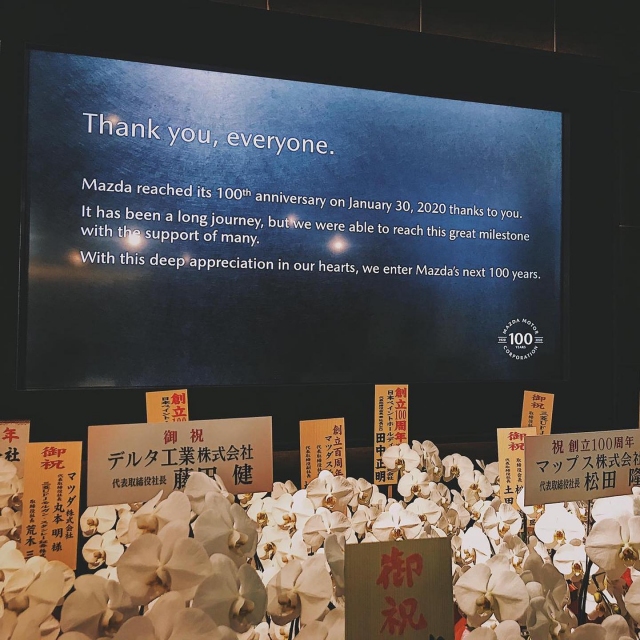 Each bouquet of orchids was donated by other companies and people that wished Mazda well. Above them, a message read, “Thank you, everyone. Mazda has reached its 100th anniversary on January 30, 2020 thanks to you. It has been a long journey, but we were able to reach this great milestone with the support of many. With this deep appreciation in our hearts, we enter Mazda’s next 100 years.”

It’s staggering to think how the automotive landscape has changed the the past 100 years since Mazda’s founding. It will be interesting to see what the next 100 brings.

3 Responses to Here’s how Mazda celebrated its 100th anniversary