Have a Bosozoku New Year with Hatsuhinode, First Sunrise Run 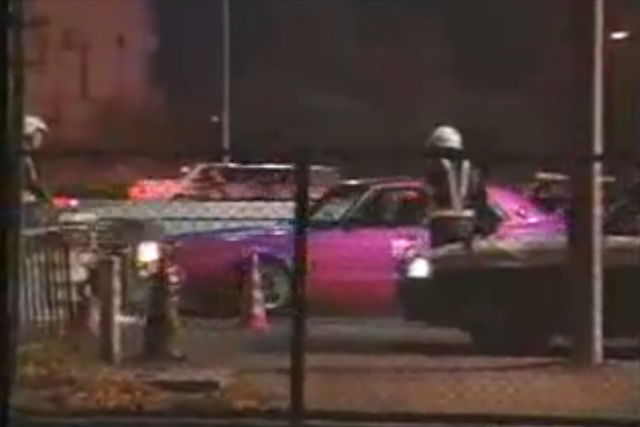 Did you spend your January first running from the cops? Then you are probably a fine, upstanding citizen because that’s the preferred New Year’s tradition of the bosozoku.

In the Japanese custom of hatsuhinode, one watches the first sunrise of the new year. That usually entails a trip to the coast or climbing a nearby hill, but if you’re bosozoku, then you cruise all night till the break of dawn! Fun activities include maniacal revving, meandering with several vehicles abreast to slow traffic to a halt, and blasting through toll booths without paying.

The Chuo Expressway west of downtown Tokyo is the unofficial drag, and most violent running tribes know to gather there. Unfortunately, so does the local constabulary.

Year after year, it’s a showdown against the police, who have learned to establish roadblocks. But bosozoku being bosozoku, they often attempt to charge through anyway. Such action usually results in smashed windows and forcible removal from your vehicle. Watch a swarm of lawmen descend upon this Soarer like zombies feasting on a corpse.

If you see an officer straight cold tearing your spoiler right off your zokusha, it’s because you’re in violation of your yobikensa, a visual inspection of your car when you got it registered. Really, officer, a six-foot takeyari exhaust is a factory accessory for a Nissan Cedric! 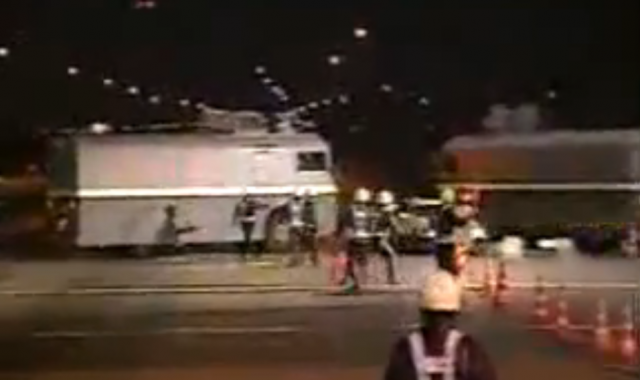 These antics might appeal to gaijin observers of Japanese car culture, but they are hated with ferocity by the average Tokyoite.  In the 80s and 90s hatsuhinode arrests were in the hundreds, but since 2009 the number has dwindled. This year, Yamanashi police cuffed only 35 bosozoku. It’s not that more are slipping through armored bus barricades, it’s that there are fewer and fewer of them. Japanese car culture is on the wane, so perhaps it falls to us gaijin to carry on the tradition.

8 Responses to Have a Bosozoku New Year with Hatsuhinode, First Sunrise Run