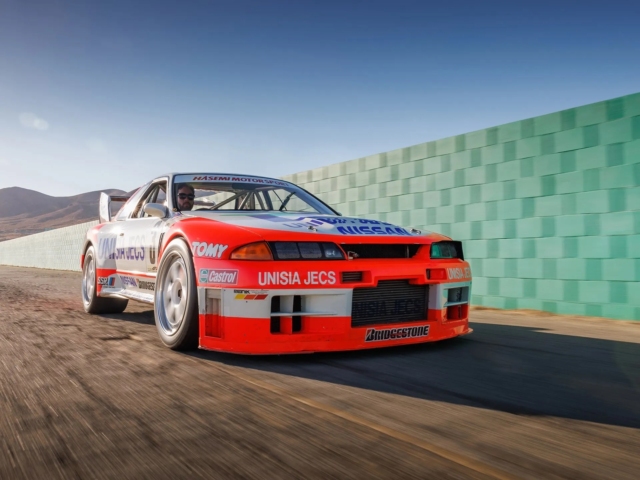 One of the earliest JGTC race cars will hit the auction blocks this August. The final R32 Nissan Skyline GT-R produced by Hasemi Motorsport was built for the 1994 All-Japan Grand Touring Championship season, where it came in second overall in the points tally. It is, of course, finished in the team’s distinctive florescent orange over white livery. But perhaps the most surprising thing about this car is that is is offered for sale not in Japan, but in California at Monterey Car Week this August. 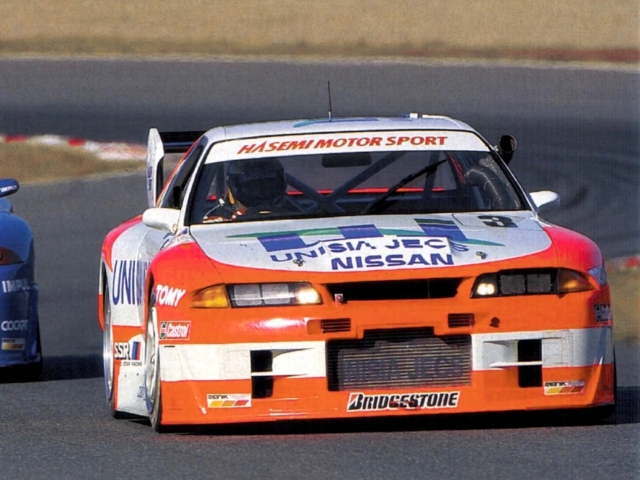 This marks the first time a car from Japan’s famed JGTC racing series has been offered by one of the major auction houses — Gooding, Bonhams and, as in the case of this car, RM Sotheby’s. While not a championship winning car, its impressive second place finish is complemented by the provenance of having been driven by one of Japan’s most beloved racing figures, Masahiro Hasemi.

Hasemi’s racing career began at age 15 on motorcycles before he signing on as a works driver for Nissan. During the first age of touring cars, he piloted the original Skyline GT-R during its run-up to 50 victories. However, he is probably best known for his  red and black Super Silhouette DR30 Skyline.

It’s impossible not to notice that the livery featured prominent sponsorship from toy car maker Tomica. That partnership is one of the longest-running in Japanese motorsports, despite Hasemi’s title sponsorship changes over the years. Indeed, even on the Unisia JECS R32 one can spot small logos from Tomy, parent company of the Tomica brand. 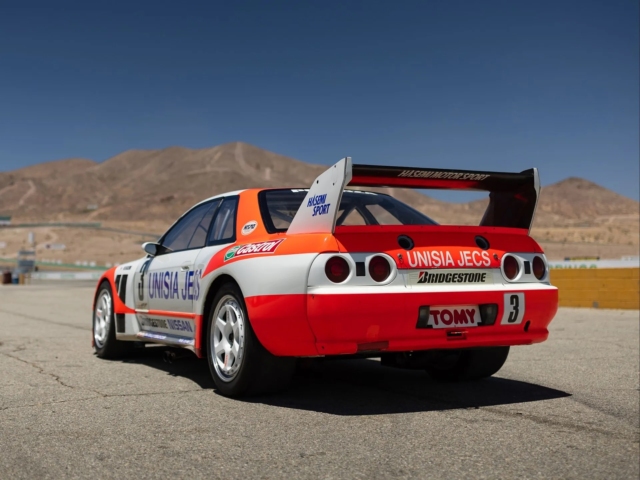 After the dissolution of Group 5 in 1984, Hasemi Motorsports continued to race in Japan’s Group C endurance championships. That was followed by participation in the All-Japan Touring Car Championship (JTCC), where his Reebok liveried R31 Skyline eventually won the season in 1989. The sneaker company sponsorship carried over to the R32 when Godzilla became the dominant chassis. Hasemi won two JTCC championships in 1991 and 1992, but the livery of Nissan parts supplier Unisia JECS didn’t make its debut until 1992. 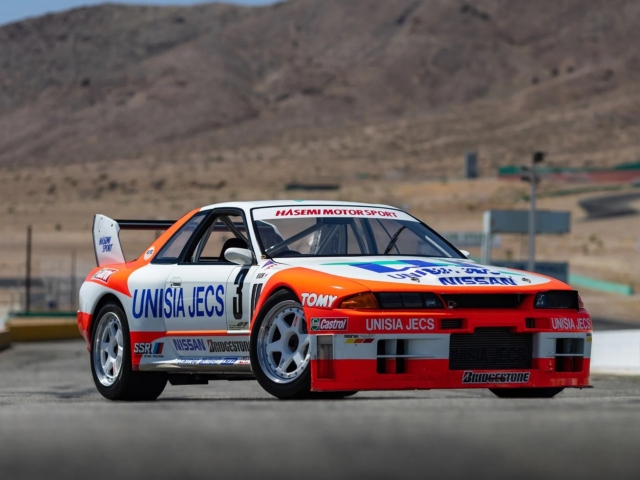 Being the only driver to win consecutive JTCC championships during the R32’s era of supremacy, Hasemi’s history with the chassis is downright historic. In general, R32s had been so dominant that the series was reconstituted as JGTC in 1994. The rules were rewritten to even the playing field against all-wheel-drive cars, but the regulations were really targeting only one model.

So for 1994, Hasemi Motorsports and other teams began shifting to Skyline GT-Rs with rear-wheel drivetrains. While a twin-turbo RB26DETT straight-six still propelled Hasemi’s 1994 R32, its approximately 450 horsepower was directed towards the rear wheels via a 6-speed sequential transmission.

A hard-fought 1994 season against the likes of Porsche 962C, Ferrari F40, Toyota Supra and other Skylines resulted in only a single first-place finish, at the Sendai Highland round. However, the team managed to accrue enough points to win second place overall. Somewhere in the middle of it all, Hasemi also found a way to win the 24 Hours of Tokachi, an N1 endurance race on the Super Taikyu calendar. 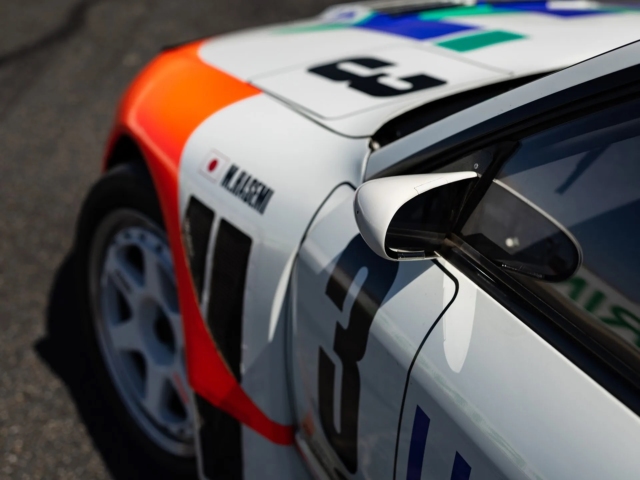 The car’s final race took place in 1995, at the JGTC’s opening round at Suzuka. By then the R33 chassis had debuted, but the team hadn’t quite finished their car based on the new platform. So, the R32 lived to battle again, coming in and impressive 4th. With the R33 taking the reins thereafter, the car was retired and exhibited at the Hasemi Motorsports office. 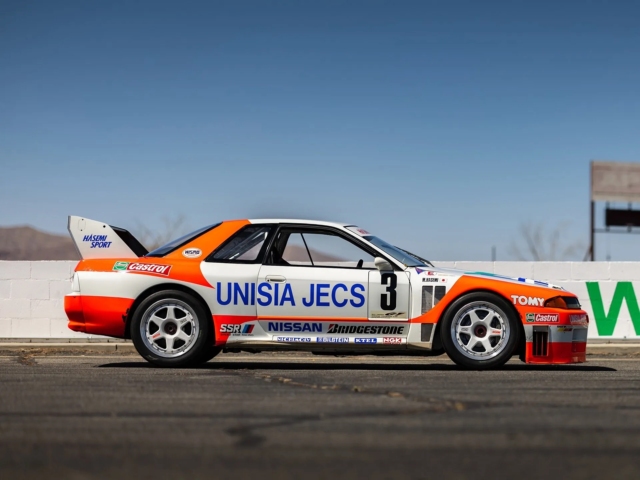 It was purchased by the current seller in 1996 and, according to the listing, displayed in a private museum. Importantly, it remains in the same condition and livery as it ran in 1994, battle scars and all. The sole change made by the current owner is an aluminum tank to replace the original fuel bladder.

With its racing provenance and originality, it will be interesting to see where this Skyline GT-R ends up, price wise, at an American auction. It’s a rare opportunity to own an actual JGTC race car without having to navigate a deal via translator. Come August, it will share the stage with two other Skyline GT-Rs at the RM Sotheby’s Monterey auction, an R32 road car with approximately 18,000 miles, and a Midnight Purple R33 with under 1,000 miles. All three are offered without reserve. 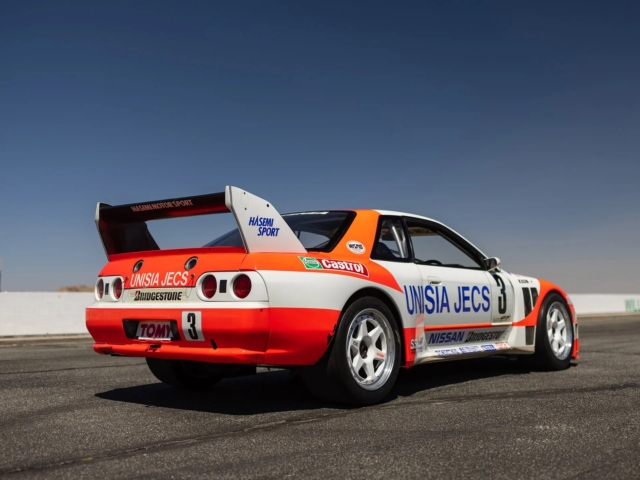 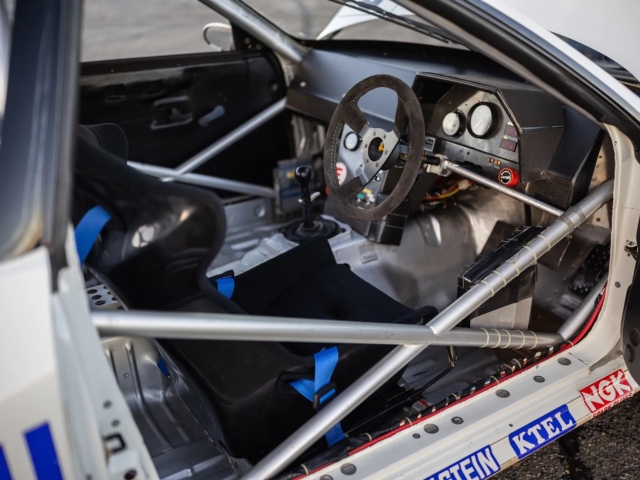 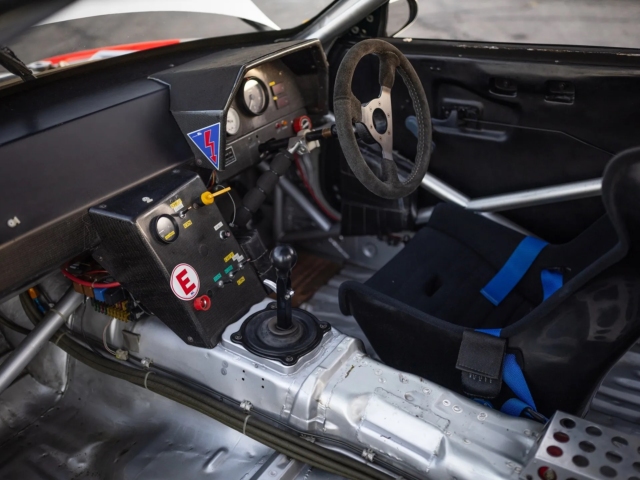 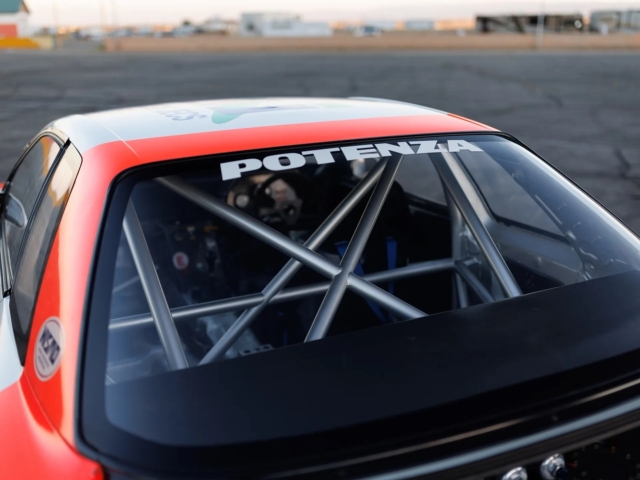 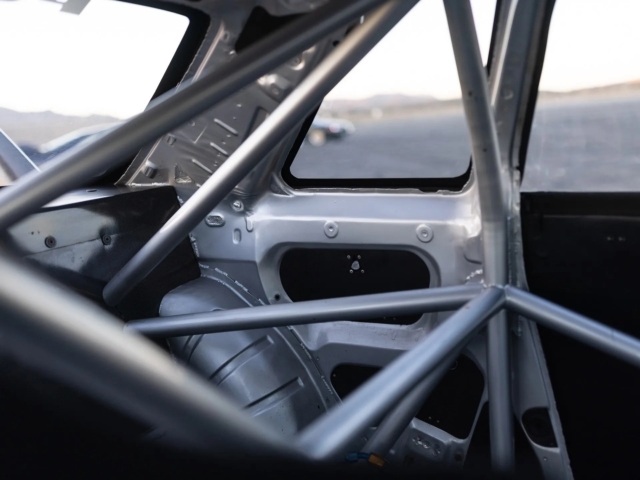 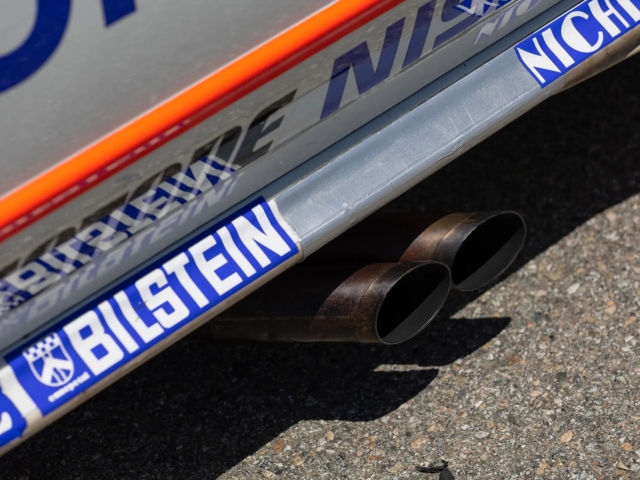 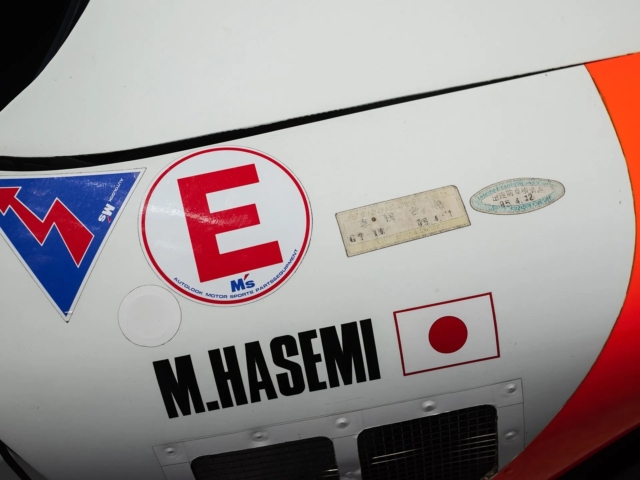 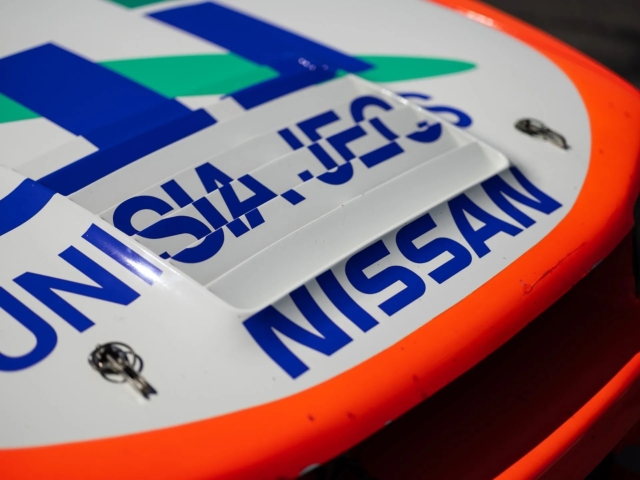 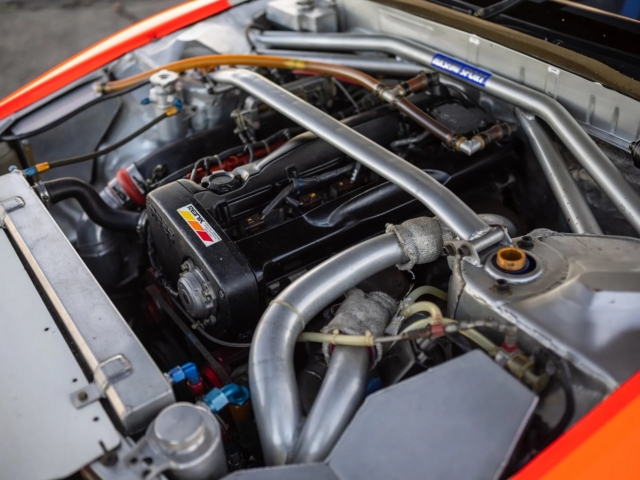 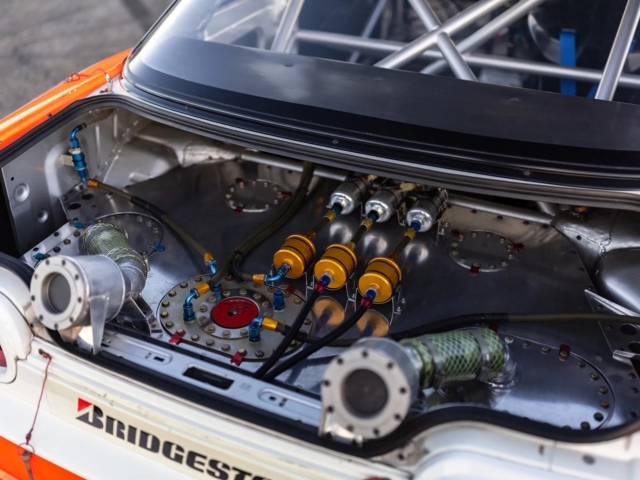 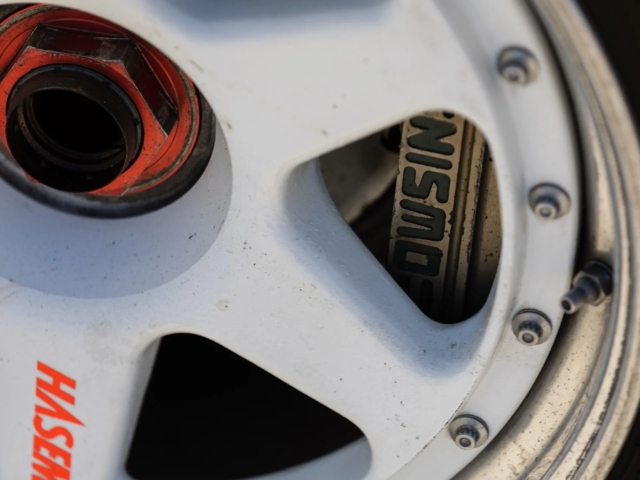 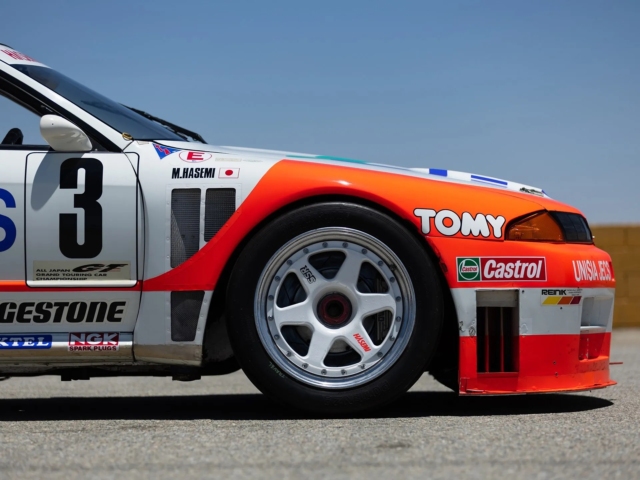