Happy Year of the Rabbit from JNC 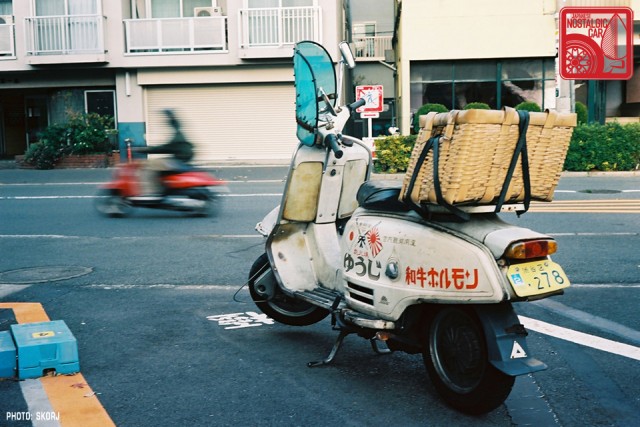 Long before there were turbocharged boxers and AWD rally monsters coming out of Subaru, there was the Fuji Rabbit. Built from 1946-68, Japan’s first mass-produced scooter helped motorize the post-war citizenry. The sculpted body was made with the know-how of Nakajima Aircraft’s (Fuji Heavy Industries’ predecessor) airplane designers, and the wheels were taken straight from the tail of a Nakajima bomber. The Rabbit continued to develop during its lifespan on the market, adding features like electric starters and polyethylene body panels. After giving the populace mobility and the economic boom that followed, sales began to slow in the late 60s as scooters were replaced by cars. Happy Lunar New Year from JNC.

permalink.
This post is filed under: Holidays and
tagged: fuji rabbit, subaru.

1 Response to Happy Year of the Rabbit from JNC