Happy Year of the Ox from JNC 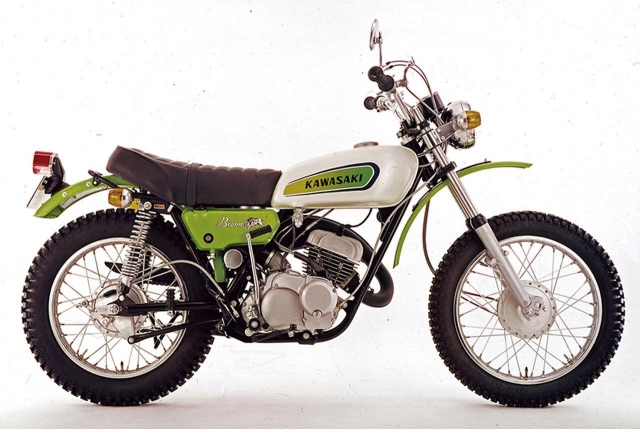 Today is the first day of the Year of the Ox according to the lunar calendar. If this were Italian Nostalgic Car we’d be on easy street, but Japan doesn’t really have any cars named after cow-esque animals. The closest thing we can think of is another member of the bovidae family, the bison, as in the 1970 Kawasaki 250TR Bison.

Introduced in June 1970 as a dual-sport, the Bison was a rival to bikes like the Suzuki TS250 Savage and Yamaha DT-1. It was an offshoot of Kawasaki’s 1969 350TR, also known as the Bighorn, with a reduced bore 2-stroke single making 23 horsepower. Overall weight rang in at 271 pounds. Naturally, it would have to adopt the name of another hoofed animal, so it was called the 250TR Bison. 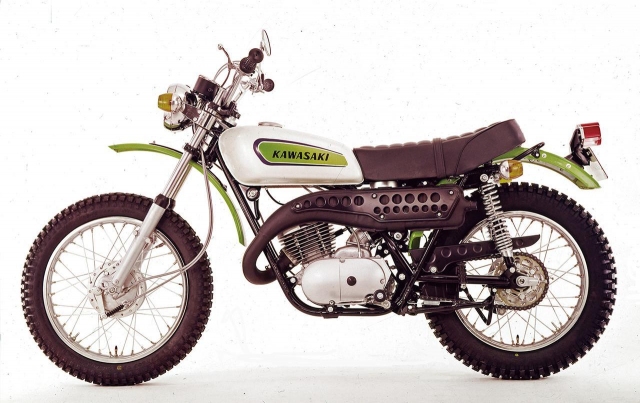 It was notable for its exhaust pipe and megaphone muffler, located on the left side of the body. On the right side, a compartment below the seat held a tool kit. It was reportedly as easy to ride on city streets as it was in its natural environment in on dirt trails and desert dunes. 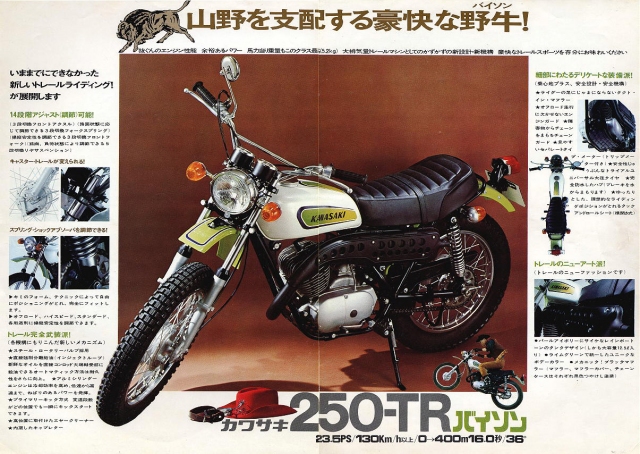 Technically, the Bison name lasted just one year. Due to a trademark issue, Kawasaki had to remove the word Bison from its official name in 1971. The model lasted until 1975, but even with that relatively short lifespan, it was so popular that in 2002 Kawasaki brought the 250TR back. 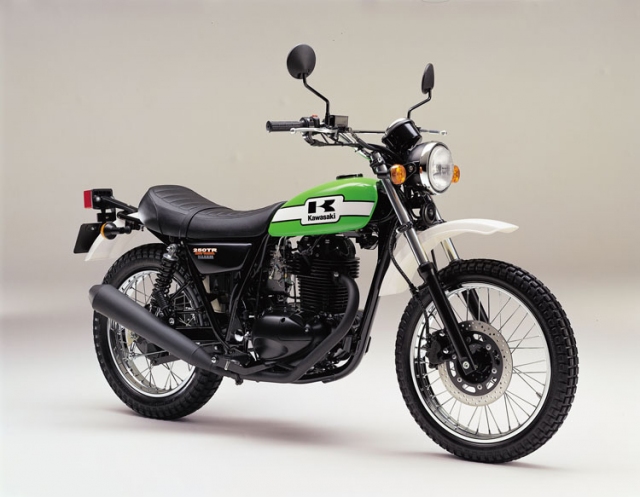 The reborn 250TR was a retro bike that mirrored the look of the original but designed for on-street use. It used a single-cylinder 4-stroke engine (carbureted initially but then fuel-injected), but there were other major differences. The exhaust pipe was now on the right side, sadly. Ironically, the retro 250TR had a longer run than the original, ending production in 2013.

Yeah, we know it’s a stretch to compare the Bison to an ox, but at least it gave us an opportunity to talk about this obscure but beloved bike. Happy New Year!

permalink.
This post is filed under: Holidays and
tagged: 250TR, Bison, kawasaki, Motorcycle.

12 Responses to Happy Year of the Ox from JNC