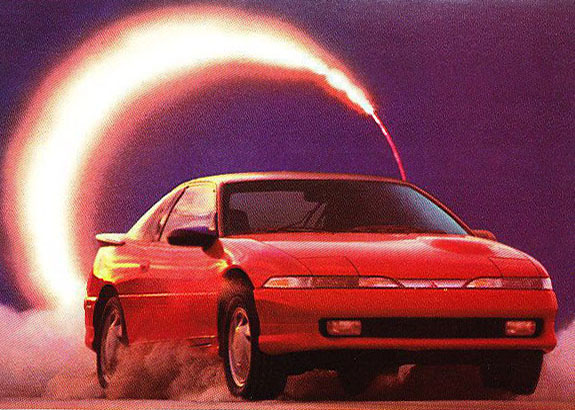 Today is the first time a total solar eclipse will be visible in America in nearly a century, a once-in-a-lifetime experience for most. So of course we’re going to make an Eclipse joke, but Mitsubishi actually beat us to it — they referenced this day back in 1990 when the Mitsubishi Eclipse debuted.

That was 27 years ago. The Eclipse sure looked futuristic at the time. Imagine if they really could see the future. Mitsubishi would be primarily a kei car making subsidiary of Nissan and the car they were so proudly debuting would be a crossover. What a time to be alive!

Just for good measure, here’s the Japanese commercial for the Eclipse, so you can remember your good times with the maker of the Eclipse and 3000GT. Happy Eclipse Day!

permalink.
This post is filed under: Reminder and
tagged: eclipse, mitsubishi.