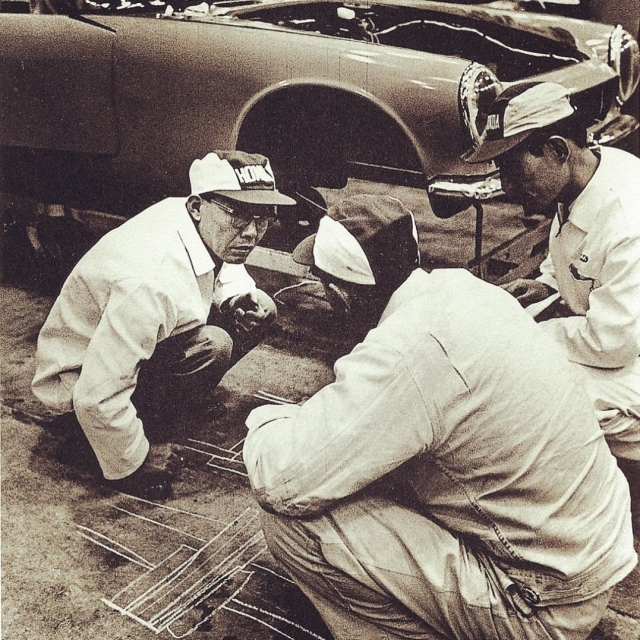 Today is the birthday of Soichiro Honda, found of Honda Motor and known badass. A picture is worth a thousand words, and this photo says so much about who he was —  a man who was adamant that his nascent company’s first car be a sports car, the S-chassis roadster seen in the background. But, he was also a CEO who was willing to get down on the shop floor to sketch out his next mad idea in chalk. There aren’t many like him today in the automotive world anymore. He would have been 114 if he were alive today. Happy birthday, Honda-san.

permalink.
This post is filed under: Holidays and
tagged: honda, soichiro honda.