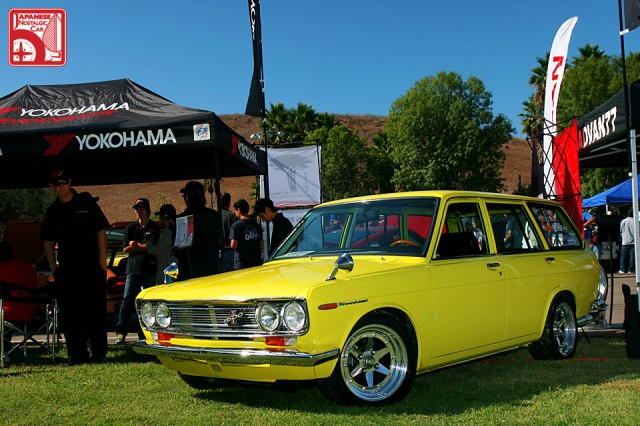 2016 marks JNC‘s 10th anniversary. The 510 has been an important car for us over the years, including serving as the subject of our very first feature story. As such, we’ve decided to celebrate 5/10 Day by taking a look at the most memorable 510s we’ve featured over the years. 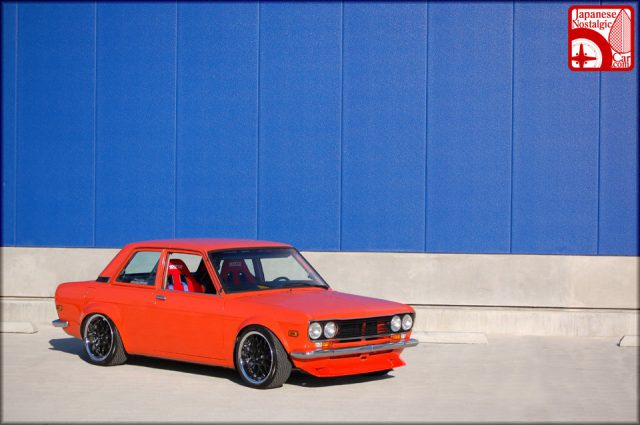 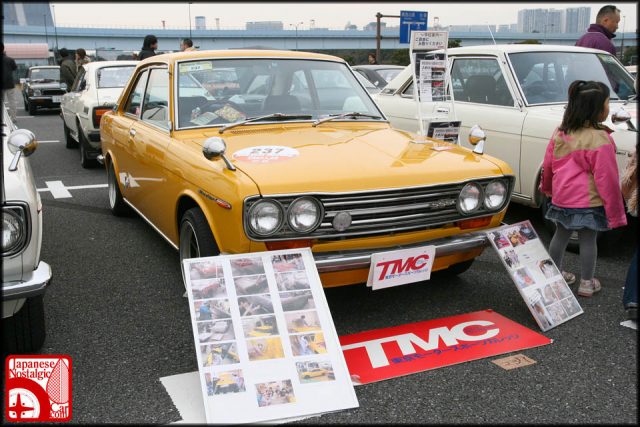 2007: We became the first American publication to report on the famed New Year Meeting in Japan, where we saw this 510 Bluebird Coupe restored by the Tokyo Motorsports College. 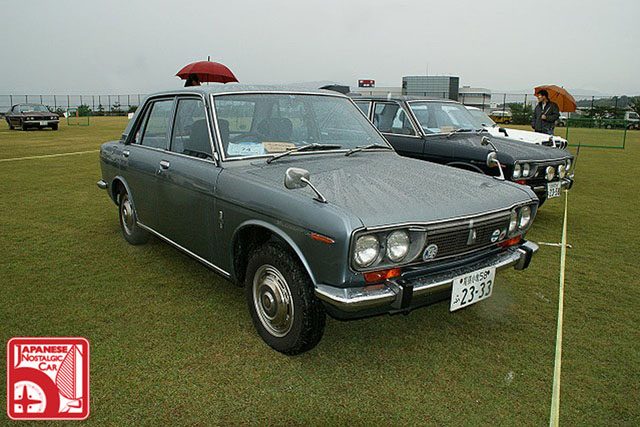 2008: At a car show on a rainy day in Nakatsugawa, we came across this incredibly clean four-door still wearing its original two-digit number plate. 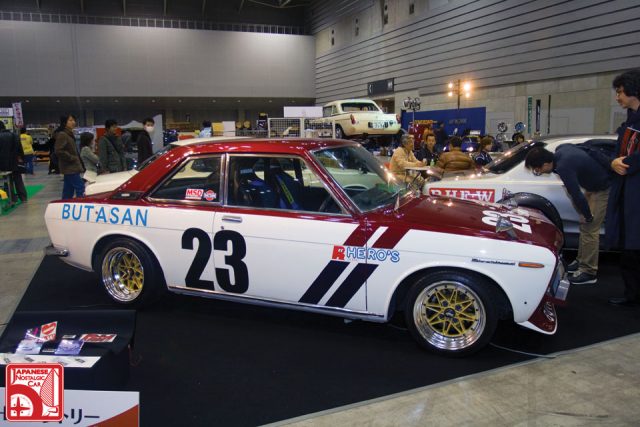 2009: We saw the Butasan Bluebird 510 at the RH Factory Booth at the first-ever Nostalgic 2 Days show. 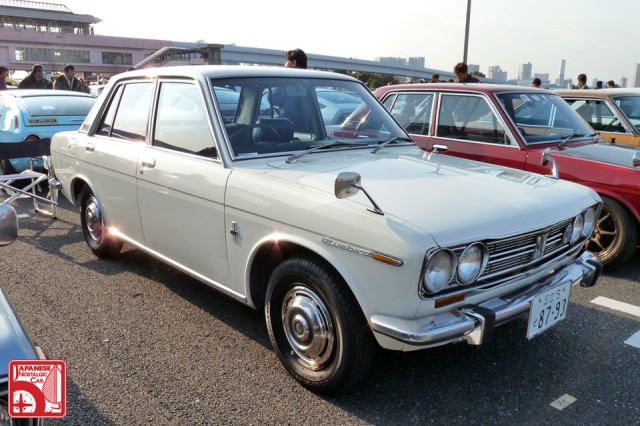 2010: Back at the New Year Meeting, we were charmed by an all-original Bluebird sedan, complete with original hubcaps and single-digit number plate. 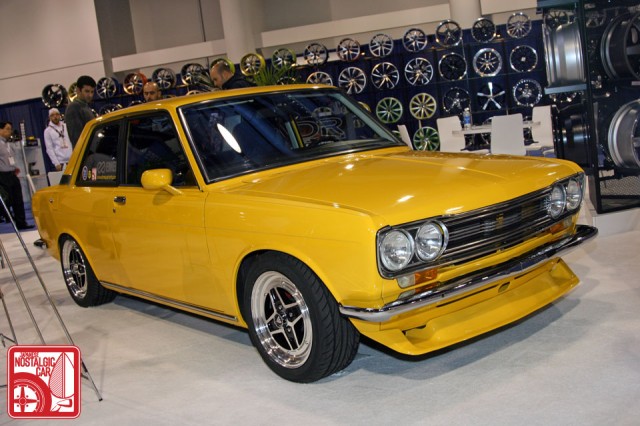 2011: We helped bring Sebastian Hill’s Datsun 510 to the Enkei Wheels booth at SEMA to debut their Apache re-release. 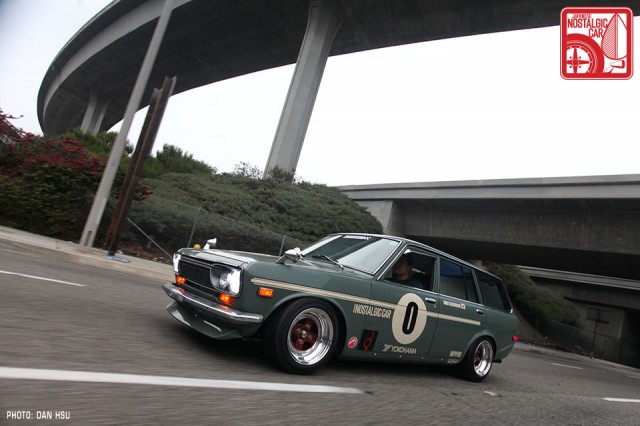 2012: A profile article featured the Datsun 510 Wagon of renowned Hot Wheels designer Jun Imai, the man responsible for all your favorite nostalgic minicars. 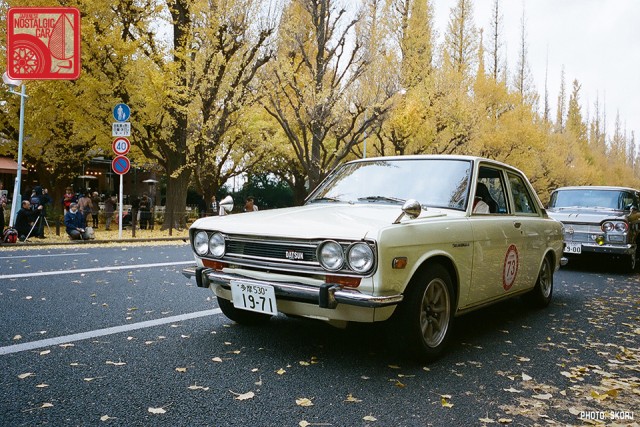 2013: We attended the Meiji Jingu Classic Car Festival in Tokyo and spotted this Bluebird Coupe driving among the gingko trees. 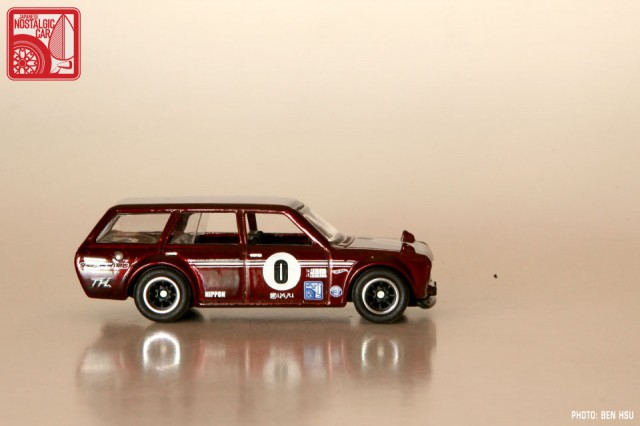 2014: Hot Wheels debuted the Datsun 510 Wagon in their mainline as a rare Super Treasure Hunt edition. We are proud to have our inkan in blue stamped on the doors. 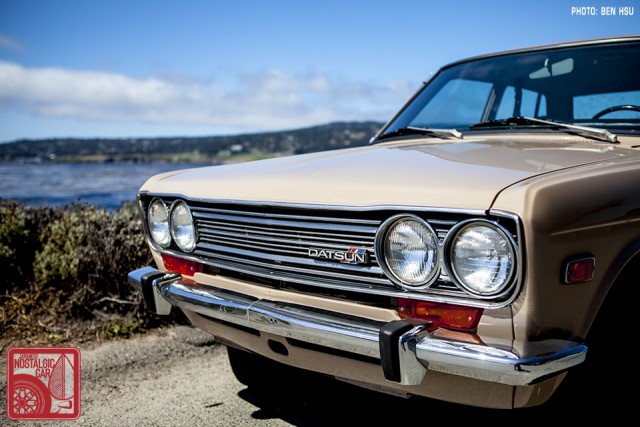 2015: We drove a Datsun 510 from Nissan’s Heritage Collection in an unexpected setting — through a sea of supercars during the Monterey Historics. 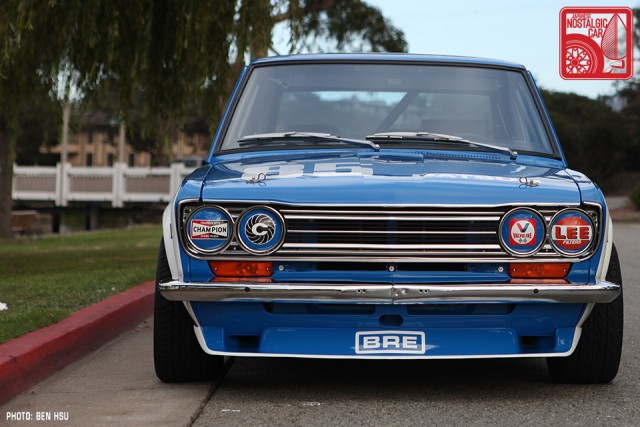 2016: Lastly, earlier this year we had the pleasure of publishing the story of Robert Johnson’s BRE 510 tribute, perhaps the finest replica of a BRE 510 ever built.

permalink.
This post is filed under: jnc and
tagged: 510, bluebird, datsun, nissan.