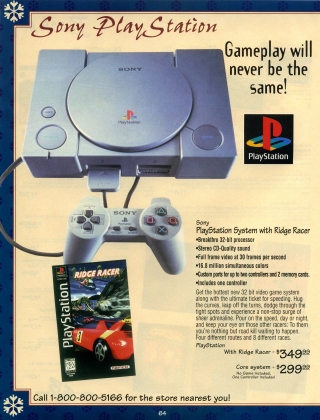 As we wrote when Namco founder Masaya Nakamura passed away in 2017, the company has had a long history of getting children interested in cars, through video games, amusement park-style rides, and those coin-operated ride-on things you used to see outside department stores. The PlayStation would eventually bring us Gran Turismo, but 25 years ago today, kids in America were getting their racing fixes with this influential game. For some perspective, the time from the PlayStation’s US debut til now is the time you’d have to wait to import a new Japanese car.

Thanks for the memories, PlayStation One, and in honor of that here’s a 40-minute video of Ridge Racer gameplay.