GRAND TOURING: Driving across Japan in a JNC, Day 09 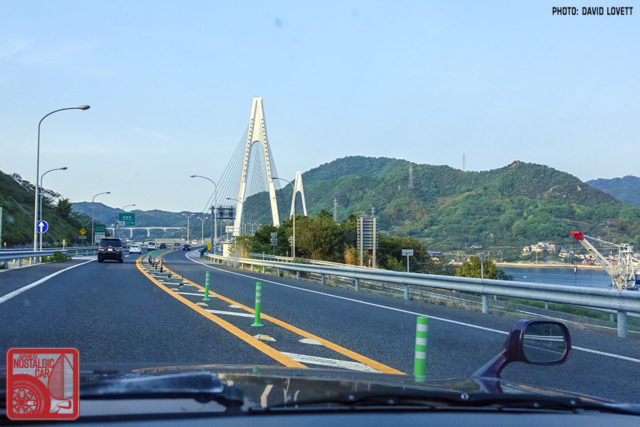 With just two more days to go, our trip was winding to a close. We had just crossed from the southern island of Kyushu to Shikoku, the smallest of Japan’s four main islands. Now were were headed back onto the main landmass of Honshu, but to do so we’d have to take our 1978 Isuzu 117 over a string of small islands in the Seto Inland Sea. 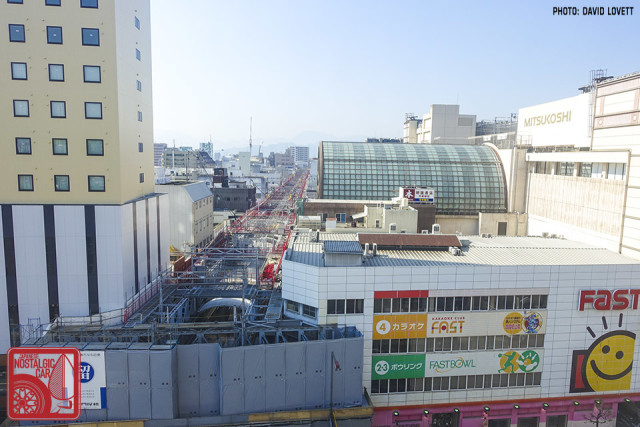 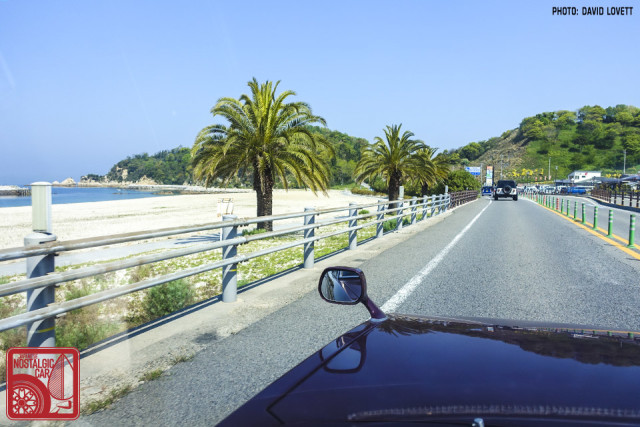 Setting off from our last pit stop, Matsuyama City in Ehime Prefecture, we skirted the coast and sending us through all manner of little coastal villages. We were headed toward Imabari, a city that is not only part of Shikoku, but spread across several smaller islands in the inland sea. 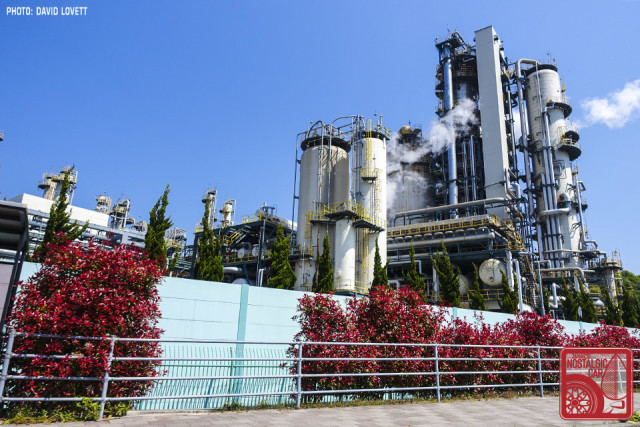 On the way we came across the looming Taiyo Oil refinery, and while it would have been a great industrial backdrop for a photo, sadly they did not let us inside. 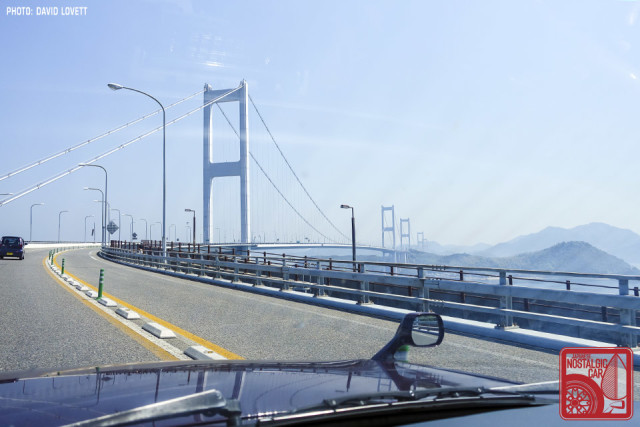 At Imabari we would reach a junction to the Nishi-Seto Expressway, connecting Shikoku with Honshu via six separate islands in between. It would be only our second time on a highway the entire trip, but sometimes there’s only one way on or off an island. 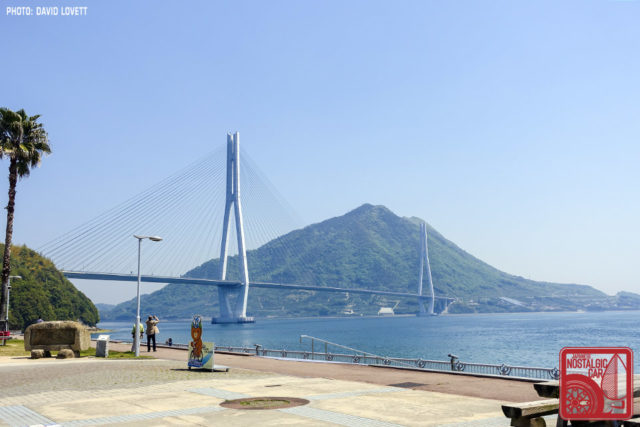 The expressway will take you all the way to Honshu via seven bridges and seven tunnels, but we exited the Nishi-Seto at Omishima island, the largest of the six. Once there, we took a quick rest stop at the local michi no eki (road station) to admire the epic view of the Tatara Bridge. 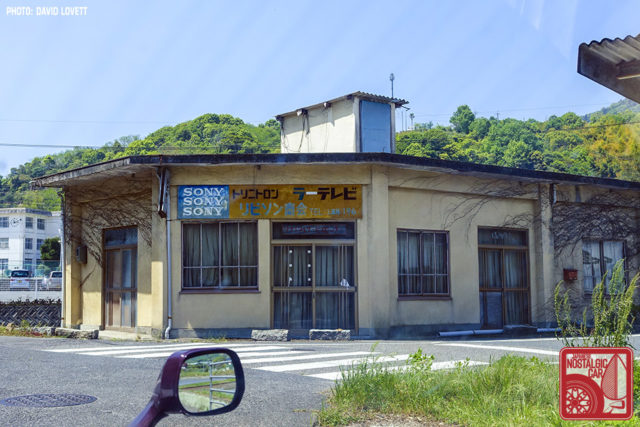 We then headed off into the rural areas of Omishima Island, snaking our way through narrow roads towards the northern coast. An old roadside Sony TV shop still advertised the Trinitron Color Television, but of course it looked as if it had been closed for at least 20 years. 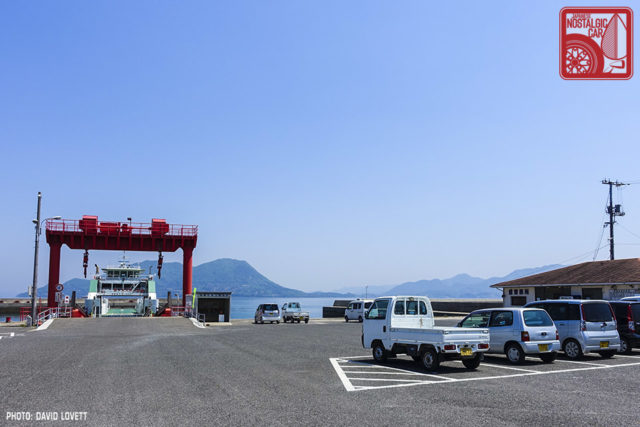 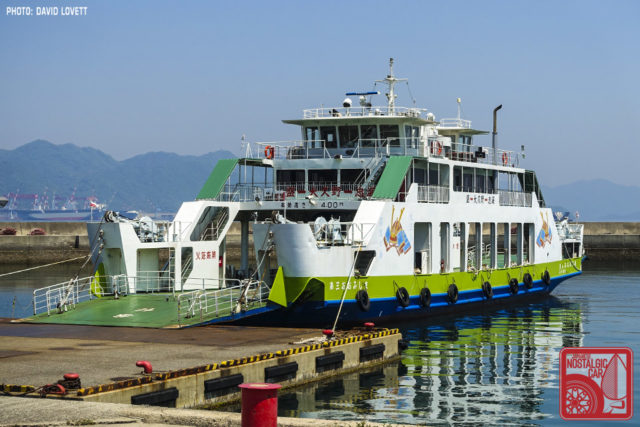 At the northern side of Omishima Island, we arrived at another ferry. Like our detour to Battleship Island, we would leave the Isuzu behind and board on foot. We were catching the boat to a tiny little island about four kilometers away called Ookunoshima, better known as Usagijima, or Rabbit Island. If you remember from earlier in the trip, we have a minor obsession with rabbits, so this place was a must-see. 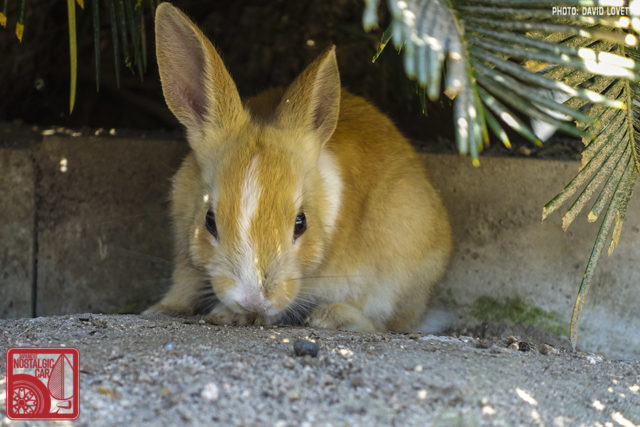 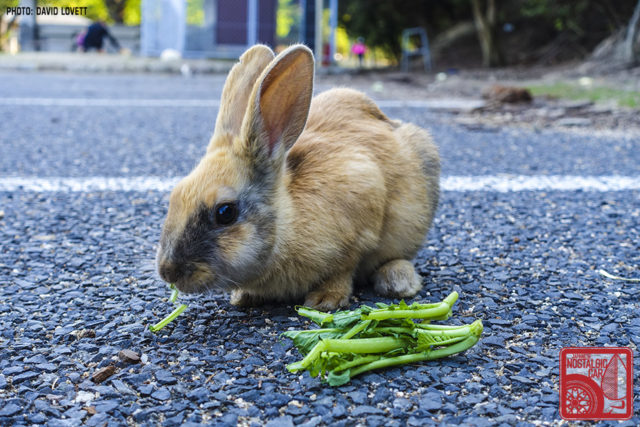 Usagijima is famous in Japan for having around 700 wild rabbits inhabiting the minuscule island, which measures only 0.7 square kilometers (0.27 square miles). That means that no matter where you go on the island, there’s always at least three or four rabbits waiting for you.

Due to the frequency of tourists, the supposedly “wild” rabbits are not scared of people in any way. They are well aware that humans come in droves to feed them and behave more like domesticated outside rabbits. 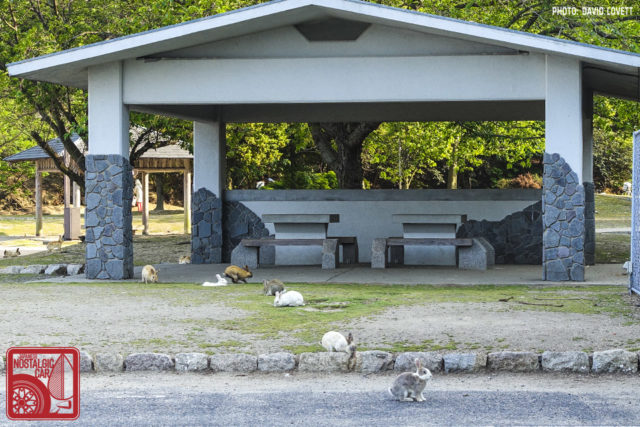 While the rabbits are cute, the island holds a dark history as well. In 1927, the Japanese Imperial Army began building a poison gas facility on Ookunoshima, for the purposes of manufacturing and storing chemical weapons. 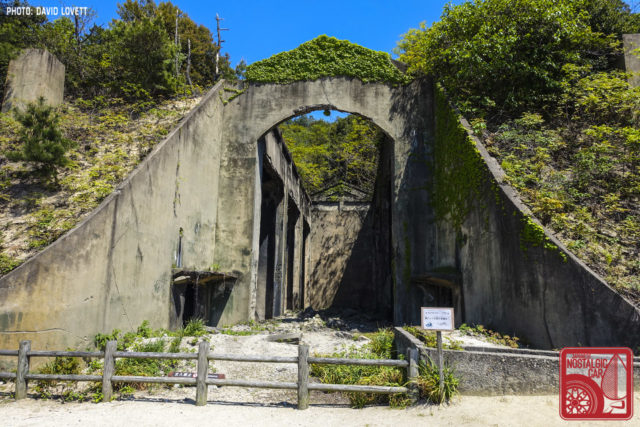 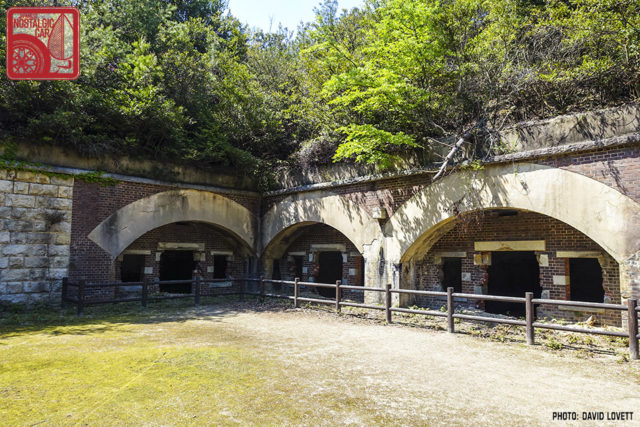 Despite being deemed illegal by the Geneva Protocol, Japan manufactured thousands of tons of mustard, phogene and other toxic gases that would be mostly deployed in Japan’s war against China in the 1930s and 40s. The military went through great lengths to keep it secret, hiding buildings in the woods and even deleting the island from maps. 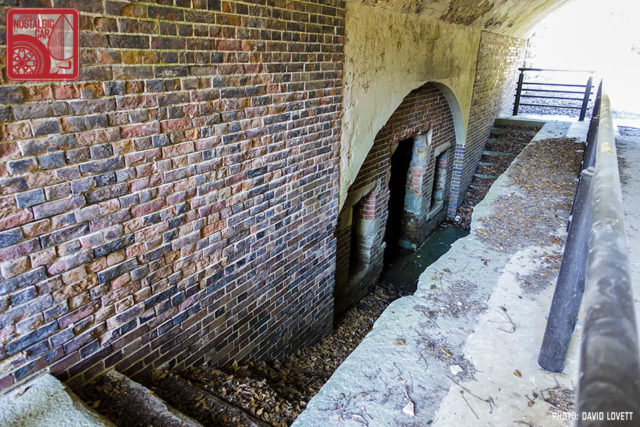 According to China, 80,000 people, including many civilians, were killed with poison gases produced at Ookunoshima. After the war ended, the facility was shut down and chemicals all dumped, buried or burned, and the buildings abandoned. 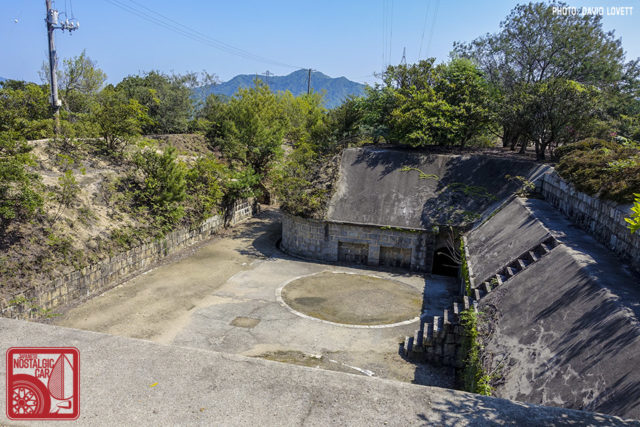 Many of the buildings were built out of concrete either underground or in the side of the island’s small mountain. This was another method of concealment, but the result is that to this day they are still relatively well preserved, unlike the buildings of Gunkanjima. 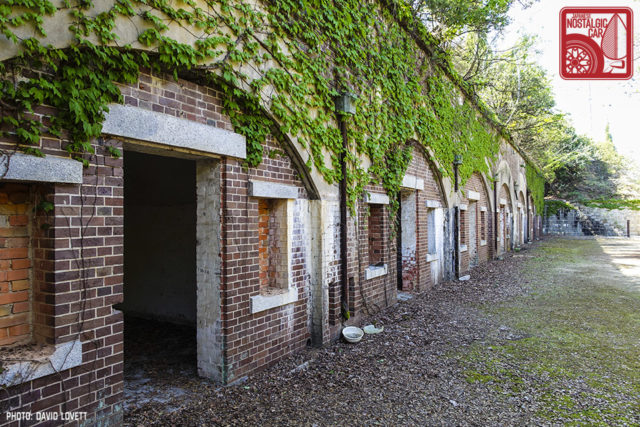 There were rumors that the factory tested its gases on rabbits, and that the rabbits living on the island today are the descendants of those that were released when the plant shut down. This has been disputed by experts, but the island was developed into a park after the war and aside from the occasional hawk, there aren’t many predators on the isolated island. Even dogs and cats are forbidden to accompany tourists, so the number of rabbits, predictably, grew like crazy. 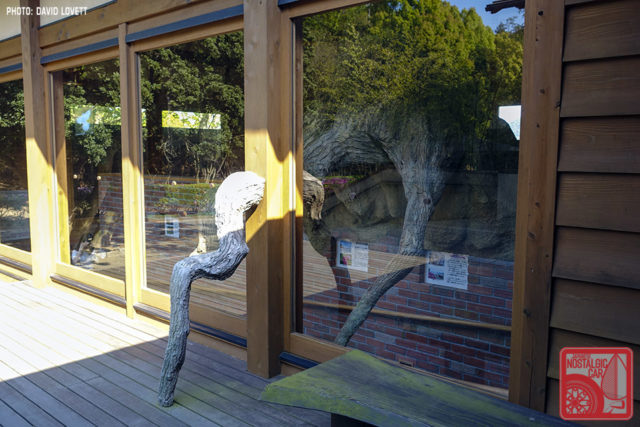 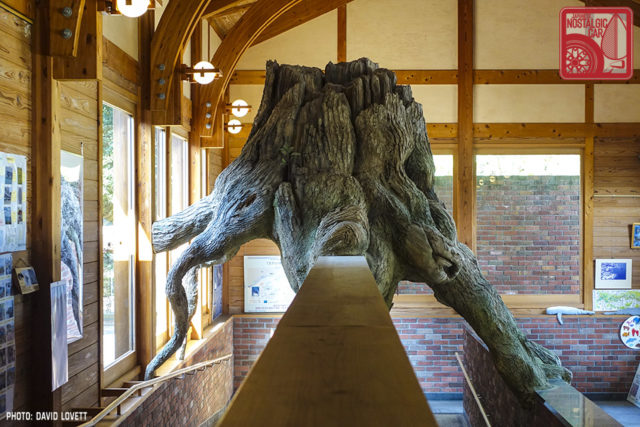 Today, there’s a hotel, a small golf course, and a Poison Gas Museum serving as a reminder of Japan’s misdeeds during the war. There’s also a small campground on the island so you can sleep among the rabbits and the dark history of chemical warfare, if that’s your thing. We, however, decided it was best to sleep somewhere else. 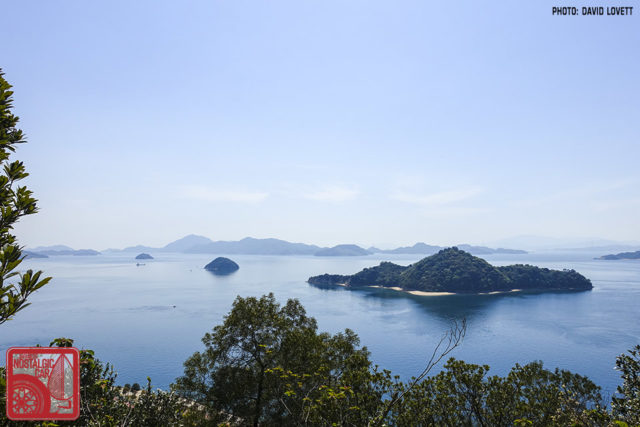 After spending nearly five hours on the island, we caught the last ferry back to Omishima and our patiently waiting 117 Coupé. Upon starting the engine and waiting for a full warm-up, we set off for Honshu. 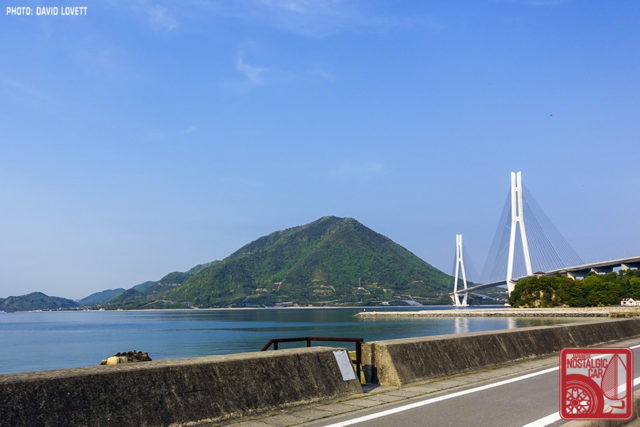 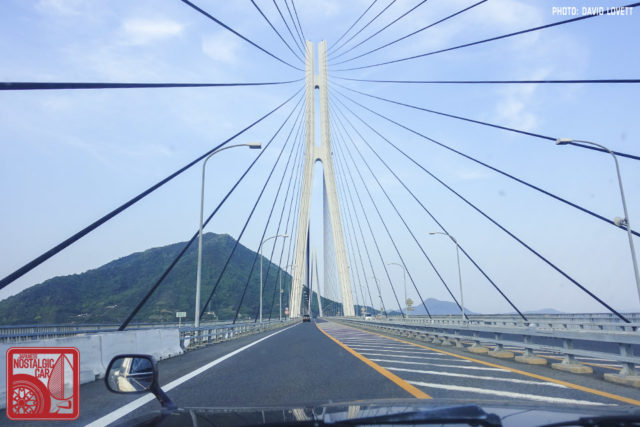 We returned to the Nishi-Seto Expressway, running over the bridges that span the remaining three islands between Shikoku and Honshu. As we landed in Honshu, back in Hiroshima Prefecture, it was time for the last fill-up of the trip. Our last round of math revealed that getting out of the city and onto empty roads had paid off, as our fuel economy had jumped back up to 13.6 kilometers per liter (nearly 32 miles per gallon!). 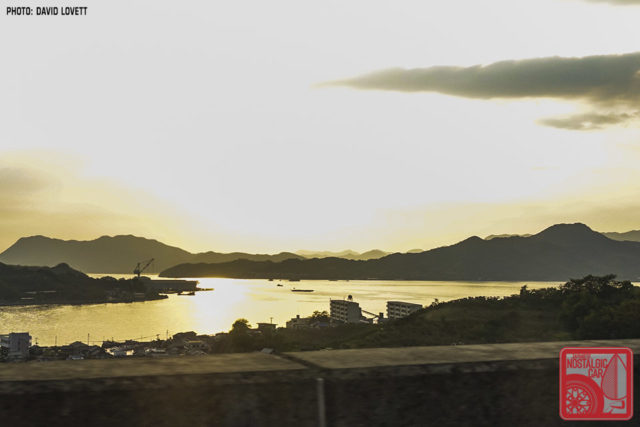 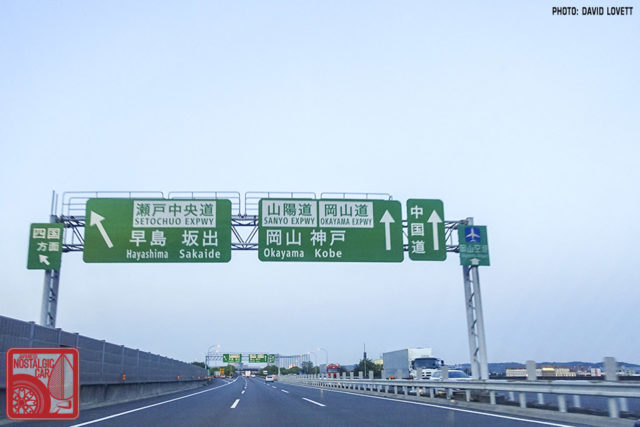 With the sun setting behind us the realization of exhaustion kicked in, not only from five hours of walking on the island, but also nine days of driving. Instead of following the coast, we put the Isuzu on the highway this time and let her fly at just under 100 kph all the way into Okayama City. To be continued…

Our route for Day 09 covered just under 205 km and spanned three prefectures: Ehime, Hiroshima, and Okayama. 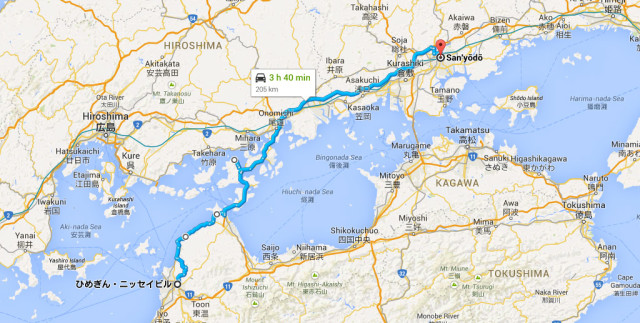 3 Responses to GRAND TOURING: Driving across Japan in a JNC, Day 09