Gran Turismo TV show officially in the works by Sony

It’s far too early in the development process to know what kind of plot the Gran Turismo series will have. It’s simply one of the video game titles that Sony’s PlayStation Productions has decided to create a show out of. According to Push Square and The Drive, other movie or TV projects on the roster include ones based on The Last of Us, Ghosts of Tsushima, God of War, Horizon Forbidden West, and Twisted Metal.

In 2013, a Gran Turismo movie was being developed to go against the popular Fast & Furious franchise and 2014’s Need for Speed (which ended up bombing). However, the premise would have been far more grounded in reality. Destructoid reported that the plot would be based on the true story of Lucas Ordóñez, the first winner of the GT Academy. 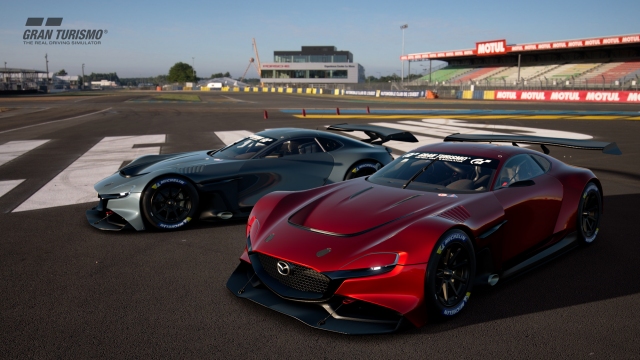 The Gran Turismo-sponsored competition earned Ordóñez a seat in a Nissan 350Z that came in ninth in class at the Dubai 24 Hours in 2009. He went on to race professionally, and even came in second in class at the 24 Hours of Le Mans. At the time, Gran Turismo creator Kazunori Yamauchi said that it was “not just a silly car movie.”

Nevertheless, in the pantheon of car movies and shows the vast majority of them are actually very silly. They have to appeal to the lowest common denominator, so plots involving heists, conspiracies, and world-saving heroics almost always overshadow the car content. Hopefully the Gran Turismo show can forge its own path.

permalink.
This post is filed under: Film/TV and
tagged: gran turismo.