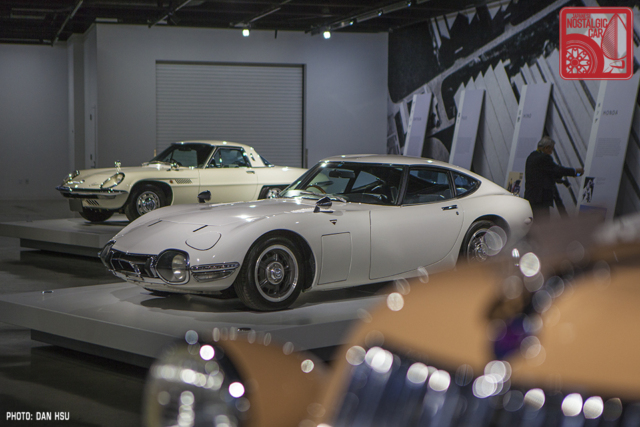 Perhaps it is only fitting that the Petersen Automotive Museum is now located in what was once the only Seibu department store in the US. Where rows of Japanese home goods resided in 1962, today in 2018 stands this hemisphere’s most comprehensive museum exhibit celebrating the cars and car culture of Japan. 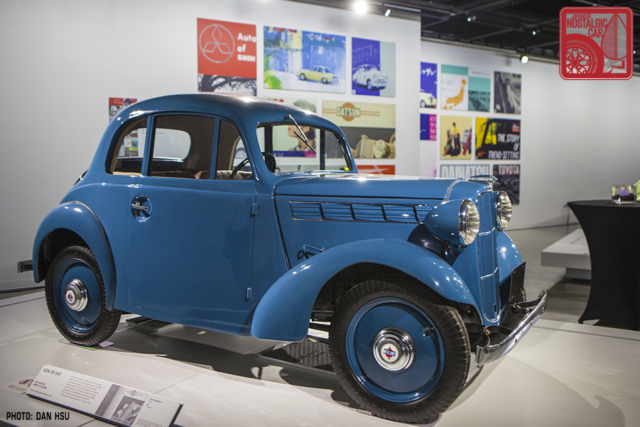 The Petersen is located at the intersection of Fairfax and Wilshire, two of Los Angeles’s famed boulevards, bookending Museum Row on a tourism-heavy section called Miracle Mile. Only in LA could there be, located right next to the city’s two museums of art and the one with the dinosaur skeletons, a shrine to the automobile. 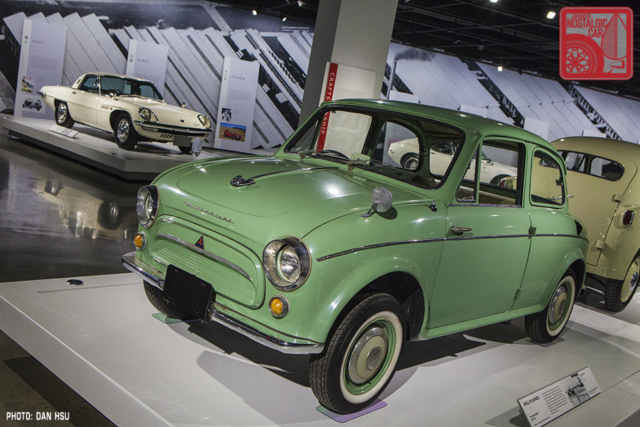 It’s quite a landmark moment, then, that the Petersen, famously staunch in its adherence to hot rods and European collector vehicles to the exclusion of all else, is launching an unprecedented exhibit about Japanese cars. It’s a move that even a few short years ago, when JNC appeared on the Petersen’s Car Stories podcast, was unthinkable. 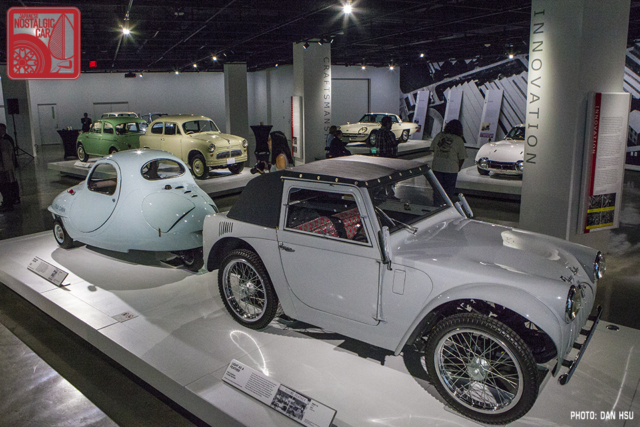 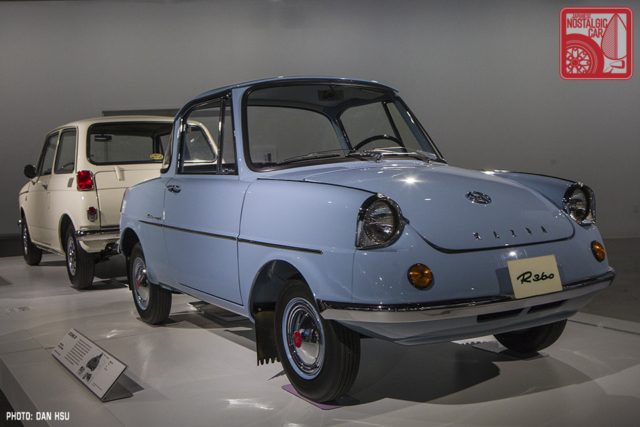 Flexing its considerable muscle, the Petersen has amassed over two dozen cars covering two themes. Many of the cars have never before been shown in the US, and arrive on loan from Toyota, Nissan, and Mitsubishi’s official museums in Japan. 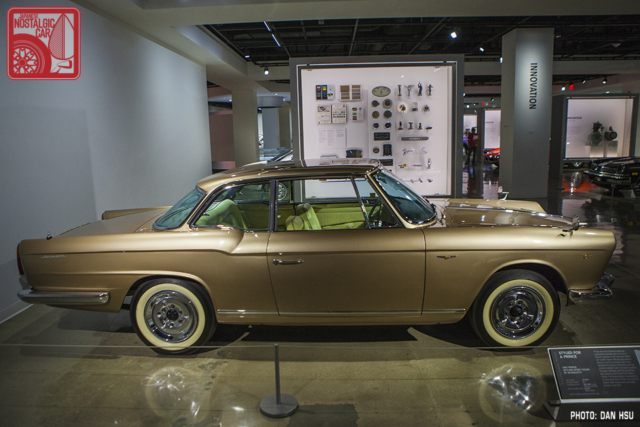 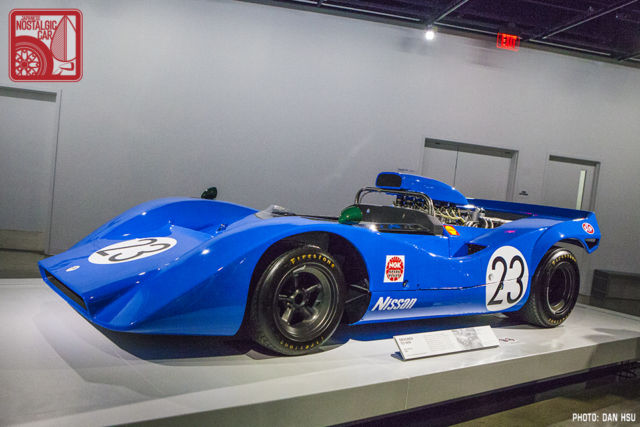 From Nissan’s Heritage Collection in the famed Zama warehouse comes cars like the 1937 Datsun Type 16 Coupe, 1963 Prince Skyline Sport and what we consider one of the stars of the show, one of the 600-horsepower, 6.0-liter V12-powered Nissan R382 race cars that swept all three podium spots at the 1969 Japan Grand Prix. 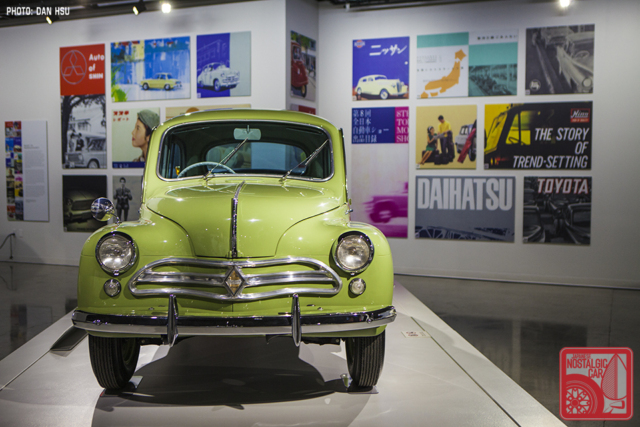 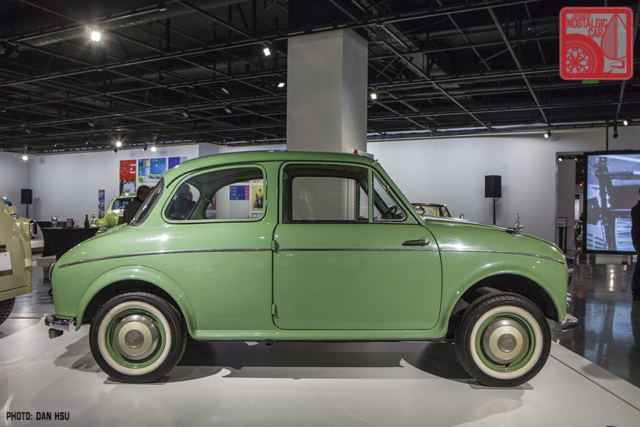 From the Toyota Automobile Museum in Aichi Prefecture comes a cross-section of Japanese cars from the early post-war era, including a replica of Toyota’s first car, the 1936 Toyoda AA, a 1954 Suminoe Flying Feather, and 1955 Suzuki Suzulight. Like the Toyota Automobile Museum itself, the company’s collection is not limited to Toyotas. Even Mitsubishi brought an example of its first real passenger car, the 1960 Mitsubishi 500. 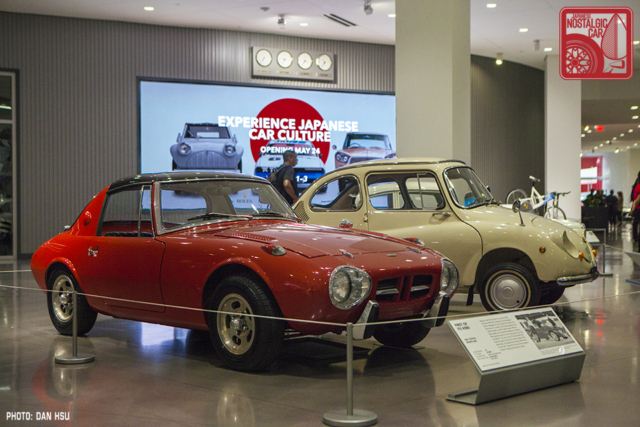 Other cars are on loan from museums in the US, like the Sports 800 and Honda S600 Coupe from our friends at the Lane Motor Museum in Nashville, Tennessee. It was truly a global effort to assemble these landmark cars. 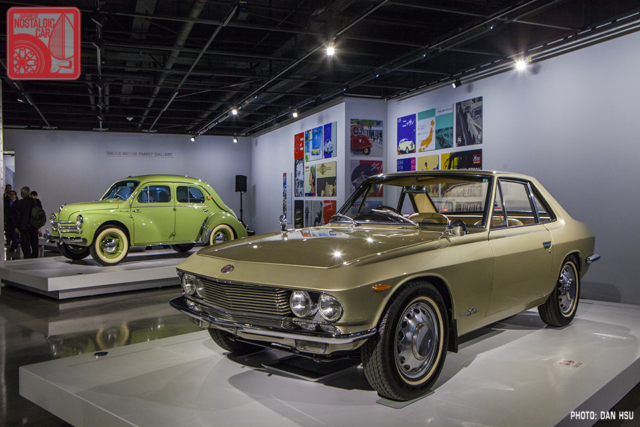 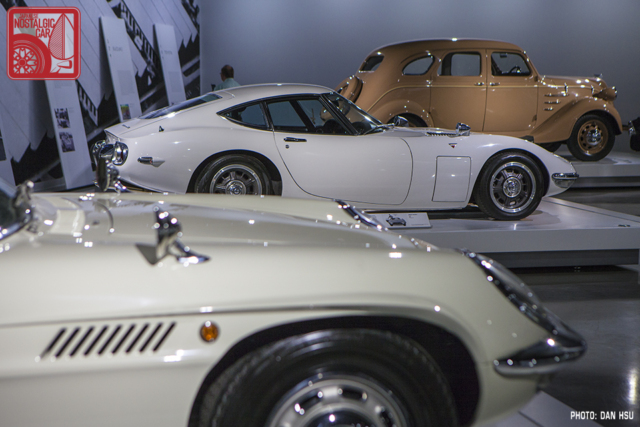 Together, the cars explore the exhibit’s theme of Monozukuri, the Creative Spirit in Japanese Automaking. Simply put, it’s an innate aspect of Japanese culture that traces back to feudal times, in which art and industry are seen as overlapping, not at odds. This unique view of society’s producers, the exhibit argues, is what gives Japanese cars a unique blend of creativity and craftsmanship that is unmatched in the automotive kingdom. 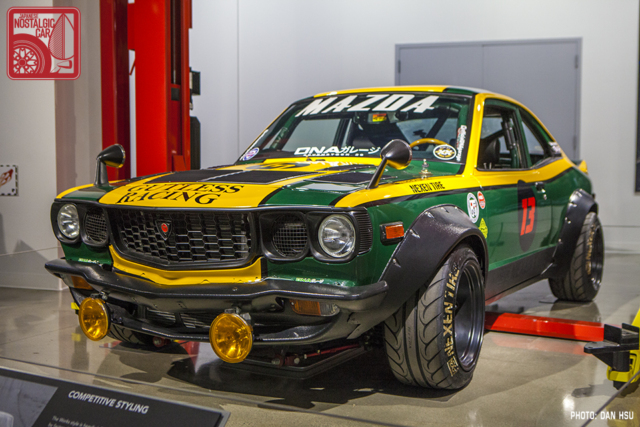 Such open-minded perspectives are rare in the west when discussing Japanese cars. All too often lazy thinking defaults to describing them as an Asian version of X. Hopefully, by presenting Japanese cars in a more unorthodox light, it will offer new frames of reference for future stateside discussions of these wonderful machines. 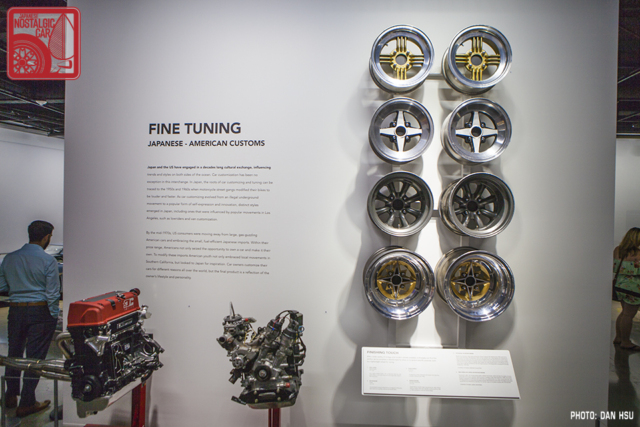 Of course, no display of Japanese cars would be complete without a dive into Japan’s rich car culture. As such, a second exhibit titled Fine Tuning seeks to cover the many facets and styles of customized J-tin. 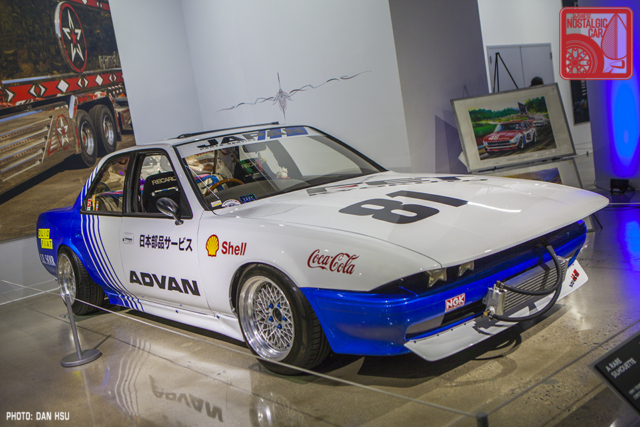 However, where the exhibit really deserves praise is in its embrace of Japanese customization styles that not too long ago would have been considered too outlandish with no place in a hall that once housed a 1946 Cisitalia 202 GT by Pininfarina. It’s true, the display includes bosozoku-inspired kaido racers like Daniel Pellegrino’s 1991 Toyota Cresta and our friend Patrick Soliman’s 1973 Kenmeri Skyline. Having cars once associated with the outcasts of Japanese society lovingly posed in America’s most famous car museum — well, if that doesn’t speak to the arrival of Japanese cars, little else will. 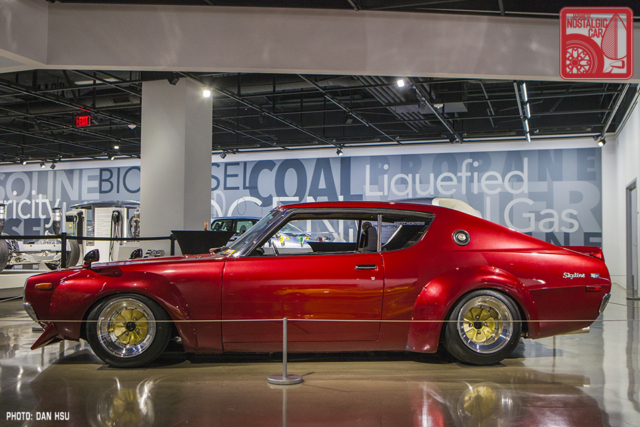 And now, for the better part of a year these specimens of Nihon steel will take center stage at America’s altar of the automobile. While not a comprehensive gathering of seminal cars, the Petersen has nevertheless managed to convene as good a sampling of rare and important Japanese automotive milestones as we’ve seen outside of Japan. 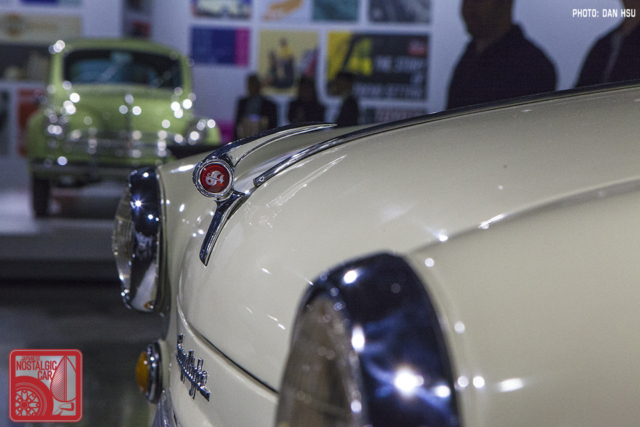